Sh2-165 AKA LBN 565 is a rather faint emission nebula Cassiopeia 1.75 degrees east of M52. It is likely part of the Cas OB5 supershell. I found three different distance measurements: 1.6±.5kpc, 1.9±.4kpc and simply 1.7kpc. In light-years that\'s 5,200±1,600; 6,200±1,300 and 5,500 light-years respectively. So say between 5000 and 6000 light years wouldn\'t be too far off. Distances to such objects is not easy to determine. It\'s surprising three different methods agreed so well. The one reference to its illuminating star says it is a B0.5V star but didn\'t give a position. I assume it is the bright one at the core but sometimes this isn\'t correct. While it is blue it doesn\'t seem as blue as I\'d expect for a main sequence early B giant star.

I find very few amateur images of this one. The only one I found was Dan Crowson\'s image which I apparently missed when he posted it it taken on Sept 6, 2012. It gives a better feel for how faint this one is. http://www.flickr.com/photos/dcrowson/7951182598/ . Interestingly my image straddles his. Due to my poor skies and my system that normally only images within 2 hours of the meridian I needed several nights to get my 2.5 hours of data. My first frame was taken on August 26 and last September 13. It could have used more but after many tries, during that period I apparently decided to move on. While I did take some luminance data the Milky Way stars so dominated those frames I decided to only use the H alpha frames for the starfield as well as nebula as otherwise it would have been swamped by the stars. So the starfield was done solely from the RGB data and the nebula from a mix of RGB and Ha in which the red channel used 75% of the Ha data and the blue channel 20% to simulate H beta. This left the nebula rather magenta so 5% H alpha was added to the green channel to correct for that and probably simulate what little OIII this object emits. 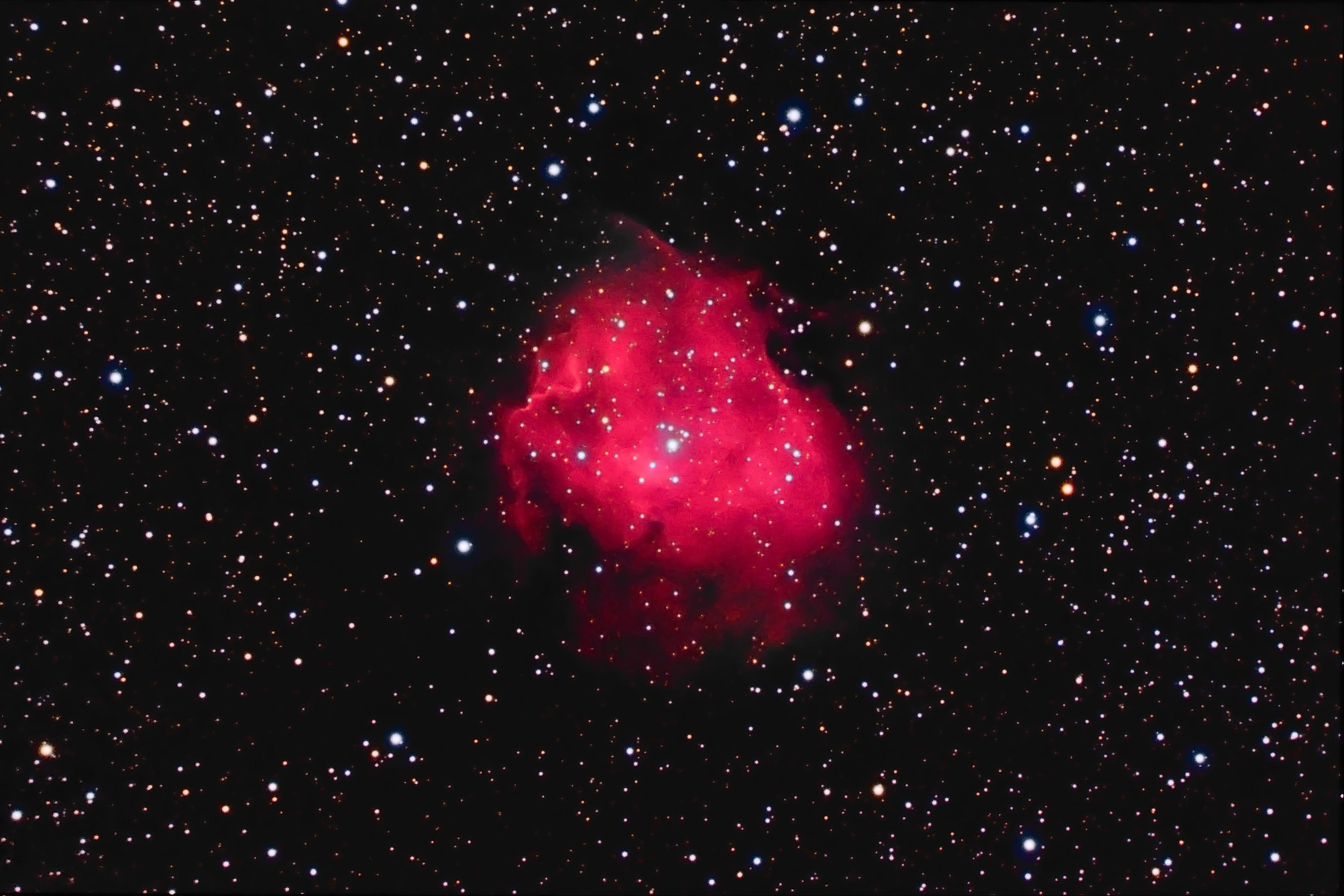