Sh-170 is an emission nebula in the northwestern corner of Cassiopeia not far south of Sh-171 on the Cepheus-Cassiopeia border. It is a round emission nebula with the open cluster Stock 18 at its center. Toward the left of the somewhat dark center is BD+63 2093p which is an 08V or 09V star. Galaxy Map says it has a mass 31 times that of the sun. There seems to be some disagreement. It is considered the illuminating star for the nebula. One distance measurement I found puts it 7500 light-years distant. The visible part of the cloud is thought to have a mass of about 900 suns give or take 10%. 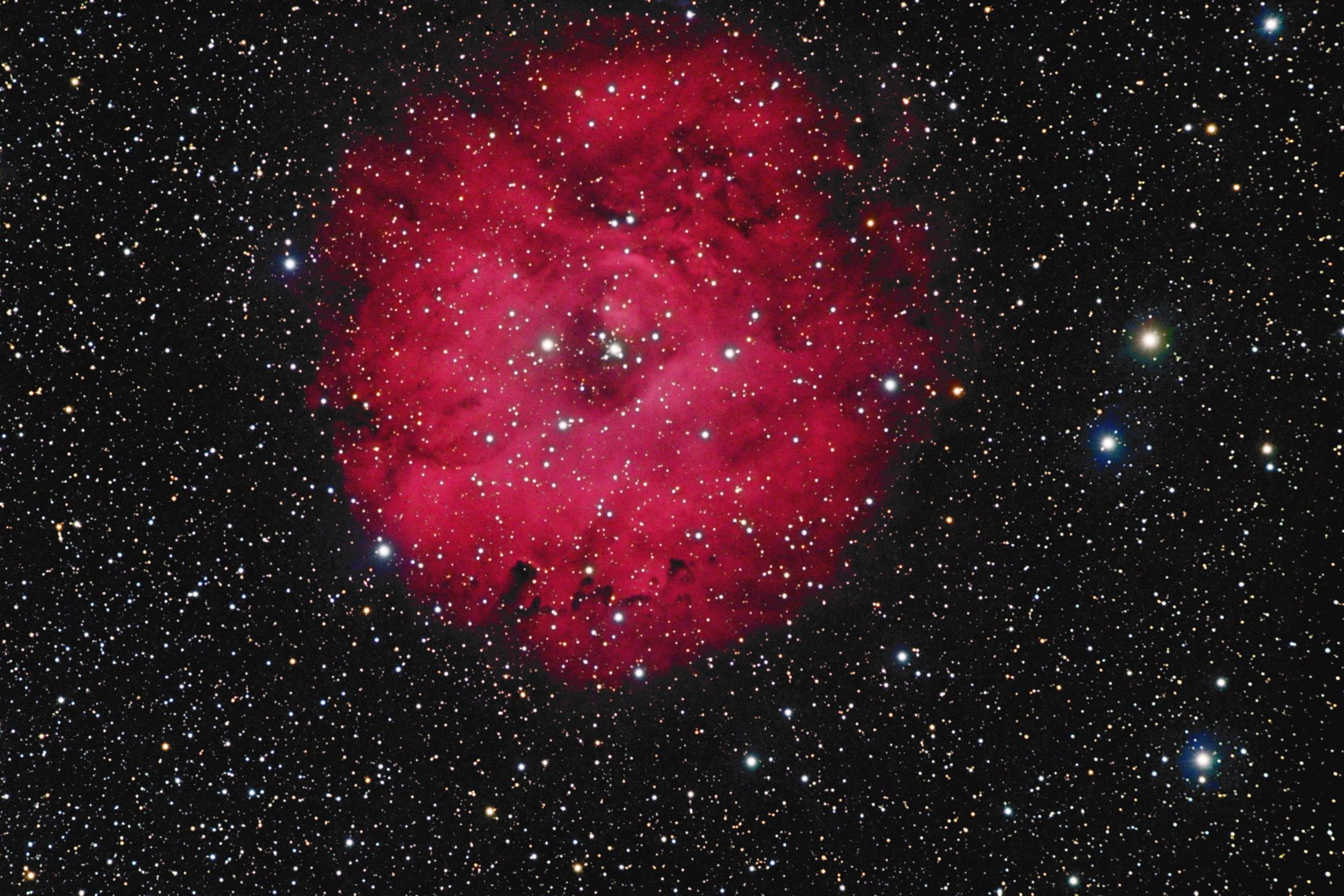