SH2-175 aka LBN 596 is an emission nebula around LS I +64 26. Some sources say it is an O9.5 V star while others say it is a B1.5 V star. Not a big difference but still surprising. Less surprising is the uncertainty about the distance to this star and thus the nebula. I find estimates of 5100, 5550, and 6000 light-years by those saying it is a 09.5 V star. Russeil (yes, that is spelled correctly), who says it is really a B1.5 V star puts it at 3500 +/- 330 light-years. I assume the fact a B1.5 V star is a bit fainter than a 09.5 V star accounts for some if not most of the distance difference. All seem to agree that while it is seen in the area of the Cassiopeia OB1 complex it lies considerably closer to us and thus isn\'t part of the complex which is often said to be about 8200 light-years distant.

When I took this image I saw a nice blue reflection nebula just to its west. No image of the area showed it but since they all used H alpha for the luminance channel that didn\'t surprise me. But no enhancement of the POSS blue plates showed it either. I had to accept it was a reflection of some star doing a great impersonation of a reflection nebula and cloned it out. By the time I saw it the weather was constant clouds and snow so I\'ve not been able to retake it but am quite certain it was bogus.

I\'d wanted to take a lot of H alpha to add to the luminance and RGB data but clouds had other ideas. While I got one 30 minute frame before the clouds totally shut me down they greatly reduced the 30 minute shot to where it hardly helped but did create some nasty red halos around red stars. Still, since it helped the image a bit I included it in the mix. 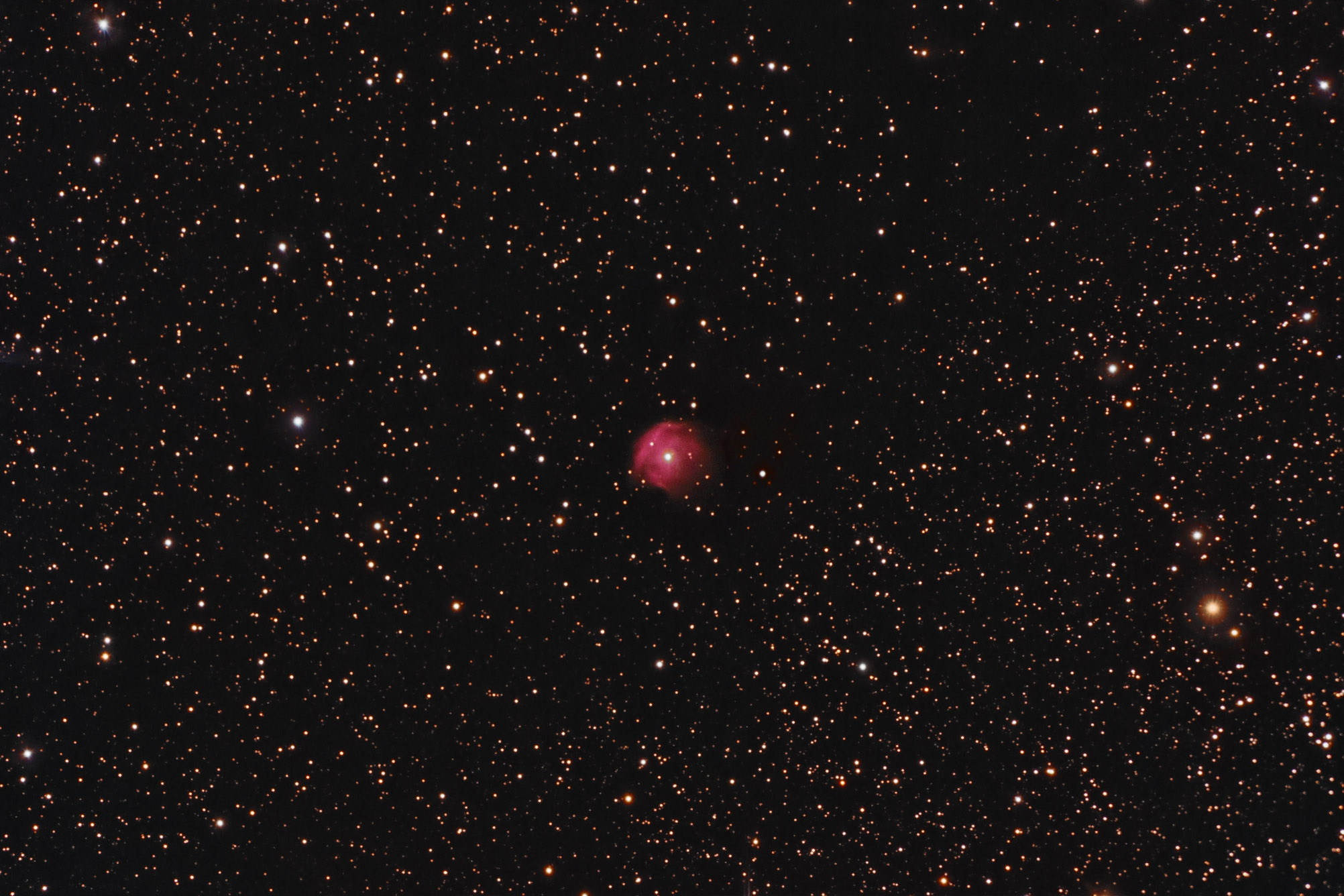