The next planetary SH2-188 looks much like the Medusa Nebula though you\'ll see no blue in it. But the real clue that something different is going on here is that the \"white\" dwarf is not in the center of the arc as it is in the Medusa Nebula. The arc is very close to the star. It is the faint blue star near the rather obvious orange star well down and left of center. Near the center, there is a bright blue star but that is not related to the nebula. So how did the central star get so far off of center? The best idea to date is that this is a runaway star. At one time it was a member of a binary star system. That star, long long ago, blew itself up nearly completely. It didn\'t leave a neutron star or black hole. The companion star was then flung into space by its orbital velocity much as letting David\'s sling release its stone. Now this rather normal star was hurtling through space. When this star eventually turned into a white dwarf and lets its outer shell puff off the shell immediately ran into the interstellar gases. While both are less dense than the best vacuum we can create in our labs there was almost immediately a collision but a very lopsided one as the gasses from the opposite side of the shell were running away from the interstellar gasses so no collision could occur to any extent. The bubble was free to expand unbothered by the dust and gas between stars to the upper right but toward the lower left, the direction the star was moving at high speed, the collision immediately slowed down the shell given off by the central star preventing it from getting very far away from its source. This very violent collision makes the red arcs you see. Notice the brightest parts of the nebula are at the point of collision. The central star in this nebula is just too weak to cause the gases to glow blue so none is seen. Note the odd stuff in the lower left corner are due to bright blue and yellow stars just off the edge of the CCD and aren\'t real objects, just ghosts created when a bright star hits the very edge of the glass protecting the CCD. Some are available without the glass and don\'t have this problem but mine isn\'t available without a cover so this happens every now and then. If you want some deep reading on the nature of this object and how it was formed go to:
https://arxiv.org/pdf/astro-ph/0512028v1.pdf Note that articles from arxiv.org have been submitted to a major publication but haven\'t been peer-reviewed. The peer-reviewed article is behind a paywall forcing me to use the preprint version.

I\'ve put crosshairs on the true central star in the cropped image. It is also noted in the above referenced PDF article. 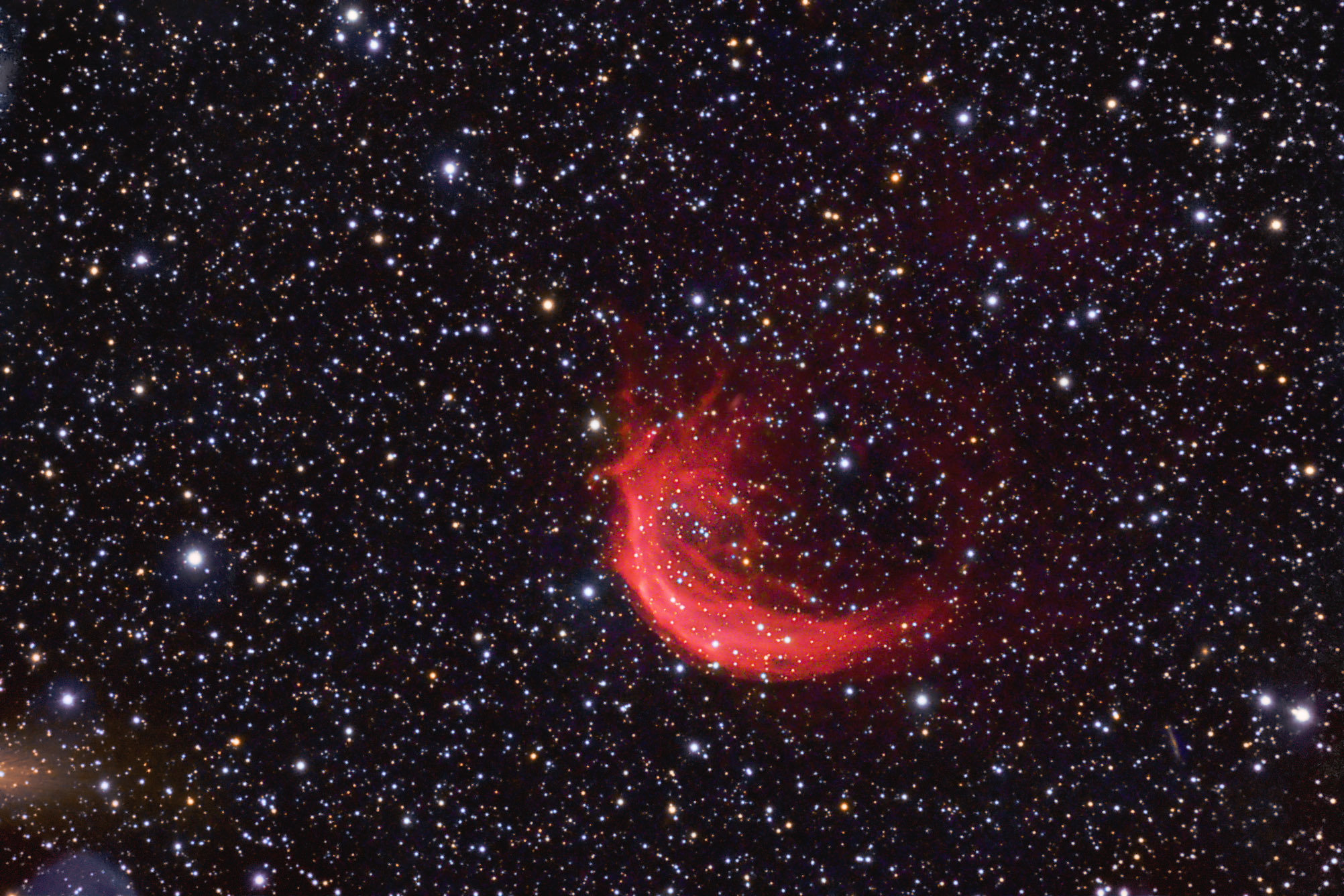 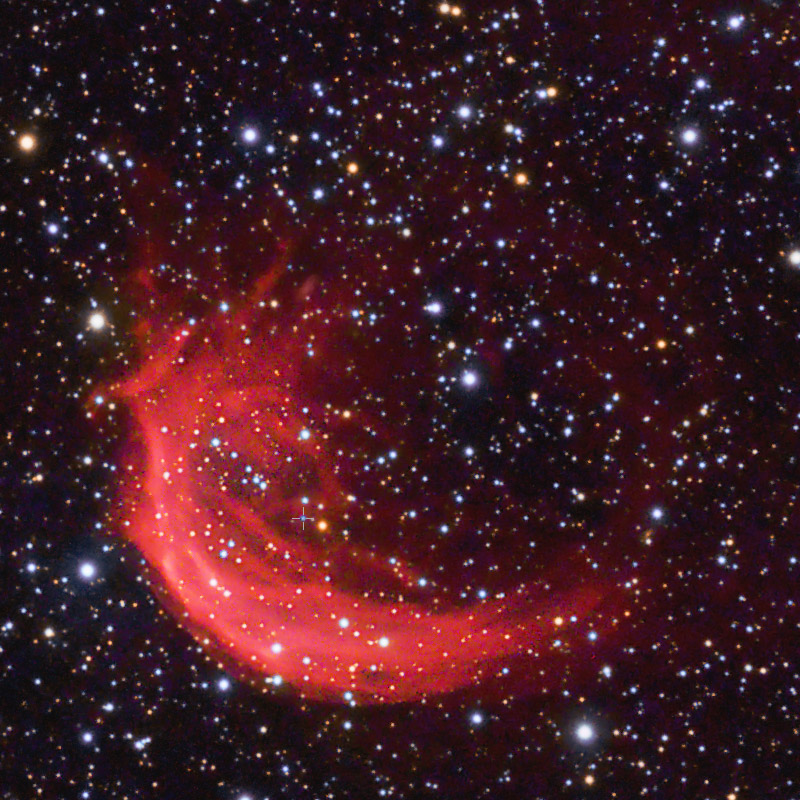