Sh2-212 also has an NGC number, 1624 though this referrs to the open cluster not the nebula. The NGC catalog lists it as being 6 or 7 stars involved in nebulosity. Sharpless recorded the HII region that is the referred to as SH2-212. Actually, it is a far more interesting and studied object than you might expect. It is thought to be about 6 thousand parsecs away (about 20 thousand light years) and helps define the Perseus arm of our galaxy. This nebula recently helped decide a major issue of star formation. When a nebula forms new stars in its core it starts to be disrupted by the effects of these stars. The question was whether star formation could happen in the regions at the outskirts where this dust and gas was being blown or would the area be disrupted too much to allow stars to form before the region became too chaotic for this to happen. It turns out stars are being formed and some have just been formed in the outer parts of this nebula by the collect and collapse method. The stars we see in the center of the nebula formed some 4 million years ago. Those formed at the edge are still mostly hidden by the dust and gas that surrounds them and fed their creation. 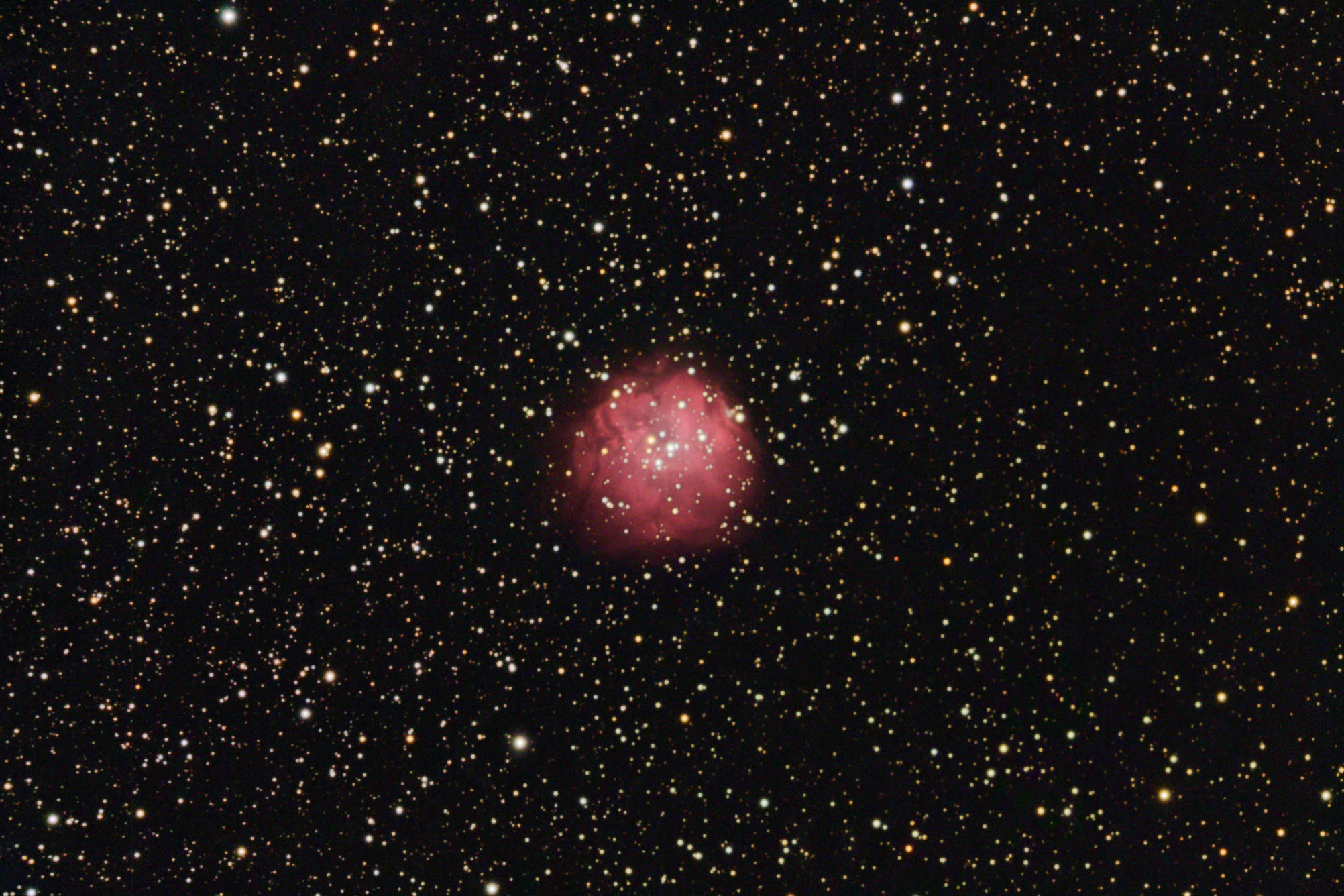