SH 2-219 also known as LBN747 is a small emission nebula in western Auriga showing you it was imaged months ago and I\'m just getting it processed. While there\'s been a lot of study on this compact emission nebula associated with a larger unseen molecular cloud, the distance to it is rather vague. The best estimate is about 13700 light years plus or minus 2000 light years. Using the 13700 figure it would be about 12 light-years across. It is thought to be very young, maybe no more than 100,000 years since the stars causing it to glow were born. Deep infrared shows a star cluster embedded in its southwest corner. That area is bluer than the rest so may have some reflection component from this cluster though I see no sign of its stars at visual frequencies. The IR POSS2 plate shows some hint of it. Also, there is reported to be a 2000 solar mass molecular cloud nearby but no other information about it that I could find other than it is about 24 light years long. This image is taken looking at the heart of the winter Milky Way. It\'s gas and dust seem to be blocking all but a very few distant galaxies. I couldn\'t find but a very few and only saw them after blowing up the image considerably. 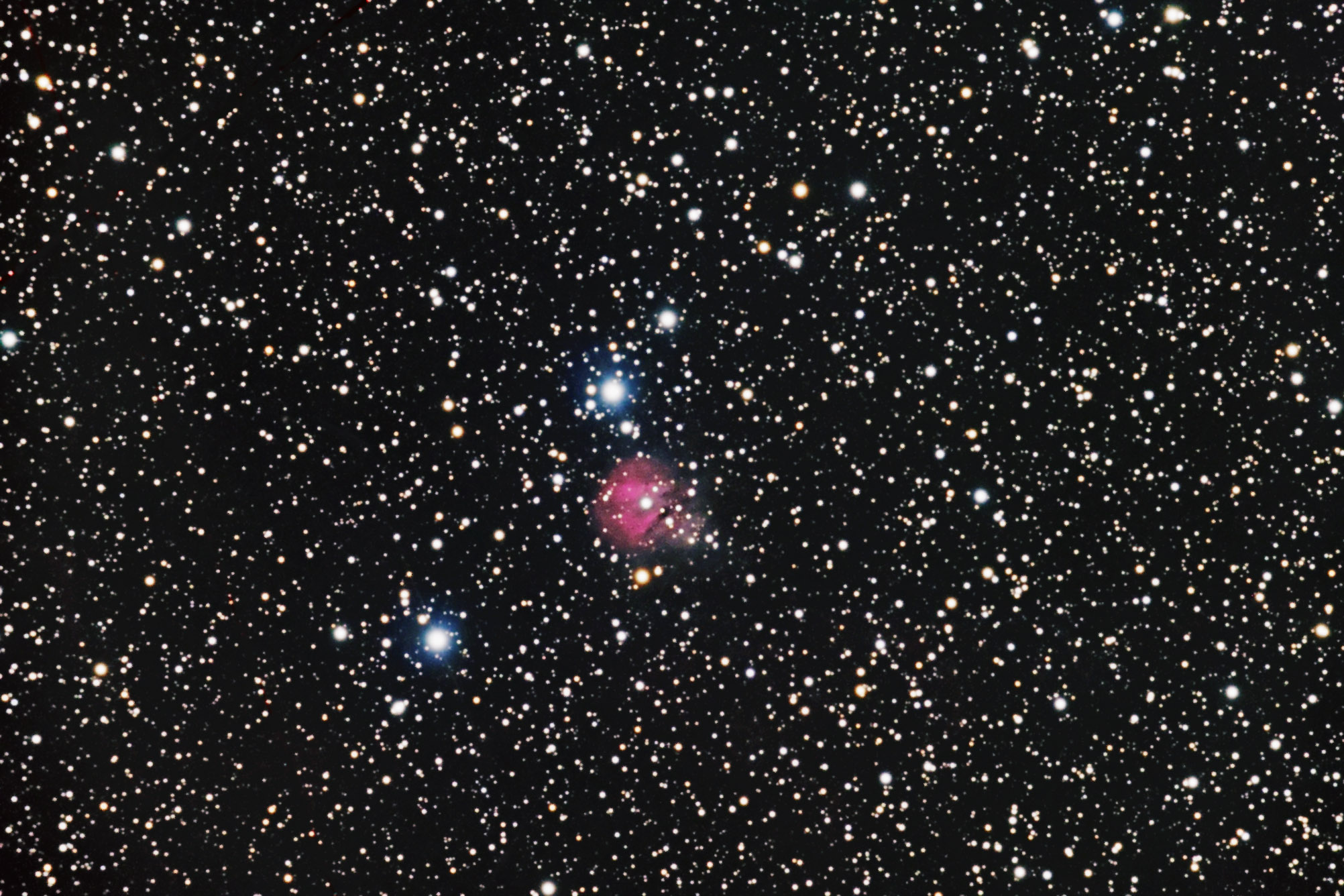