Sh2-241 is an emission nebula in southern Auriga just below vdB65. I found several distance estimates. All put it over 15,000 light-years distant. The only one with error bars says 17,000 light-years +/- 3500 light-years. In any case, it is at least 4 times further away than its neighbor, vdB 65.

Again I was fighting severe clouds that hampered my image. I used the best data from 2 nights to try and piece it together, some were taken the same night as vdB65 but while I had good conditions for some of the vdB65 image conditions had gone downhill by the time I moved to Sh2-242. H alpha came from the second night, most of the color and luminance from the first.

SIMBAD identifies the brightest part of the nebula around the star as the reflection nebula GN 06.00.9. That appears completely overtaken by the emission nebula. The blue data for the brightest part of the nebula is a bit bluer than normal for an emission nebula but not by a great deal. Maybe it is my poor conditions that prevent me from seeing it all that well. The faint part of the nebula is also known as LBN 825. It is also listed as LBN 824 a reflection nebula. Though again I can\'t see the blue color I\'d expect for a reflection nebula. To the west of the fainter portion is an odd yellow-orange object. It is listed as LEDA 135933. NED shows it as a galaxy but under classification say HII. I suppose this means it is a galaxy with strong HII emission. It is listed as being 400 million light-years distant. It is the only galaxy with a redshift measurement at NED in my field. There\'s a star just about on top of the galaxies core. In the 1\" per pixel image, it does show as two separate objects if you look closely. The bright one being a field star.

With so little to annotate I wasn\'t going to do an annotated image but then noticed 5 asteroids I\'d overlooked so did prepare one to point these out. All Green data was taken the second night (several days later) so green is missing from the brighter asteroid trails.

After processing, I noted it partly overlapped the vdB65 image though was offset to the west somewhat. I didn\'t realize then when processing and posting vdB 65. I did combine both into a mosaic at 1.5\" per pixel and cropped the blank regions that this created. Since conditions were a bit better for much of the vdB65 image the frames were a nightmare to match. Not being a mosaic expert this is the best I could come up with. 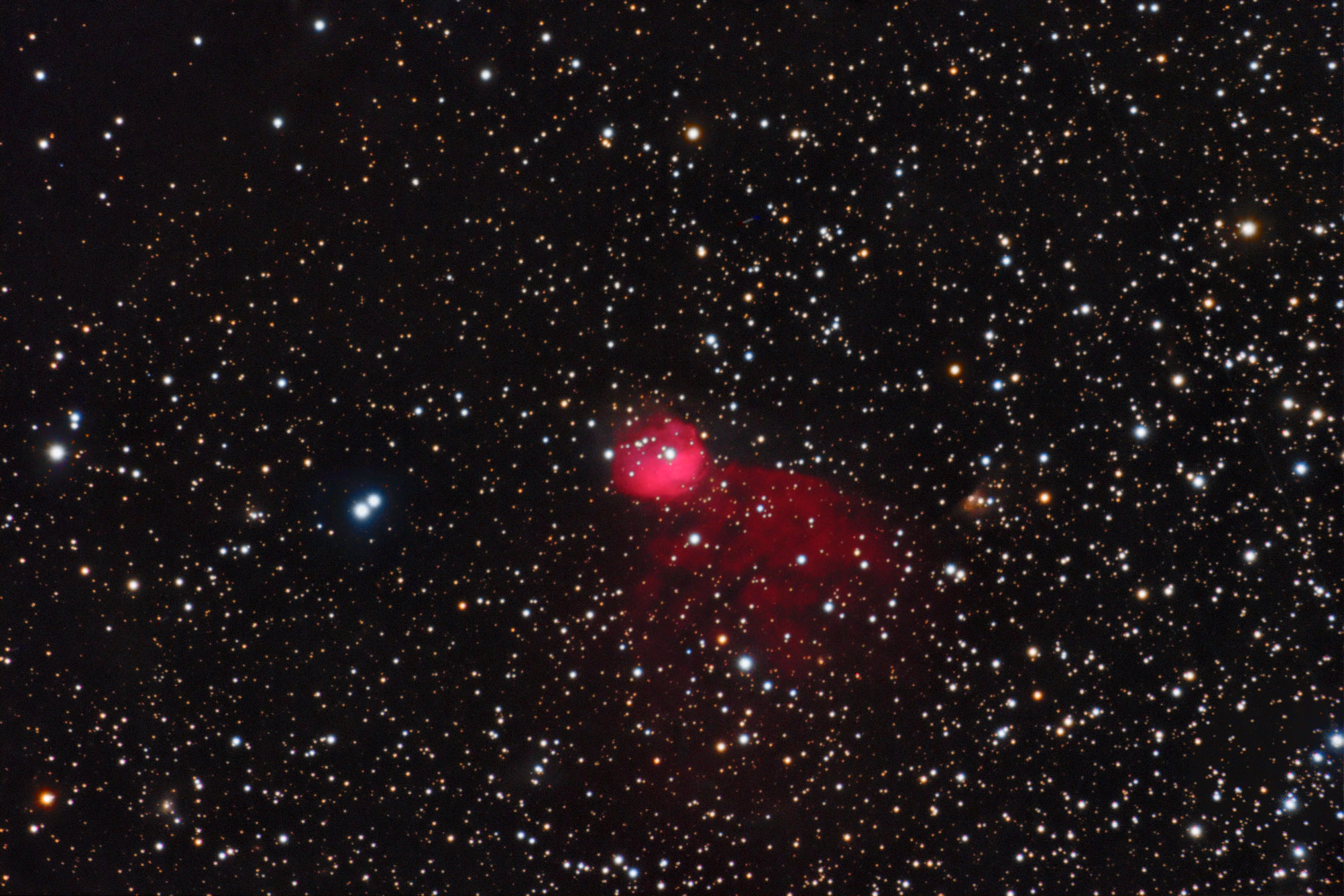 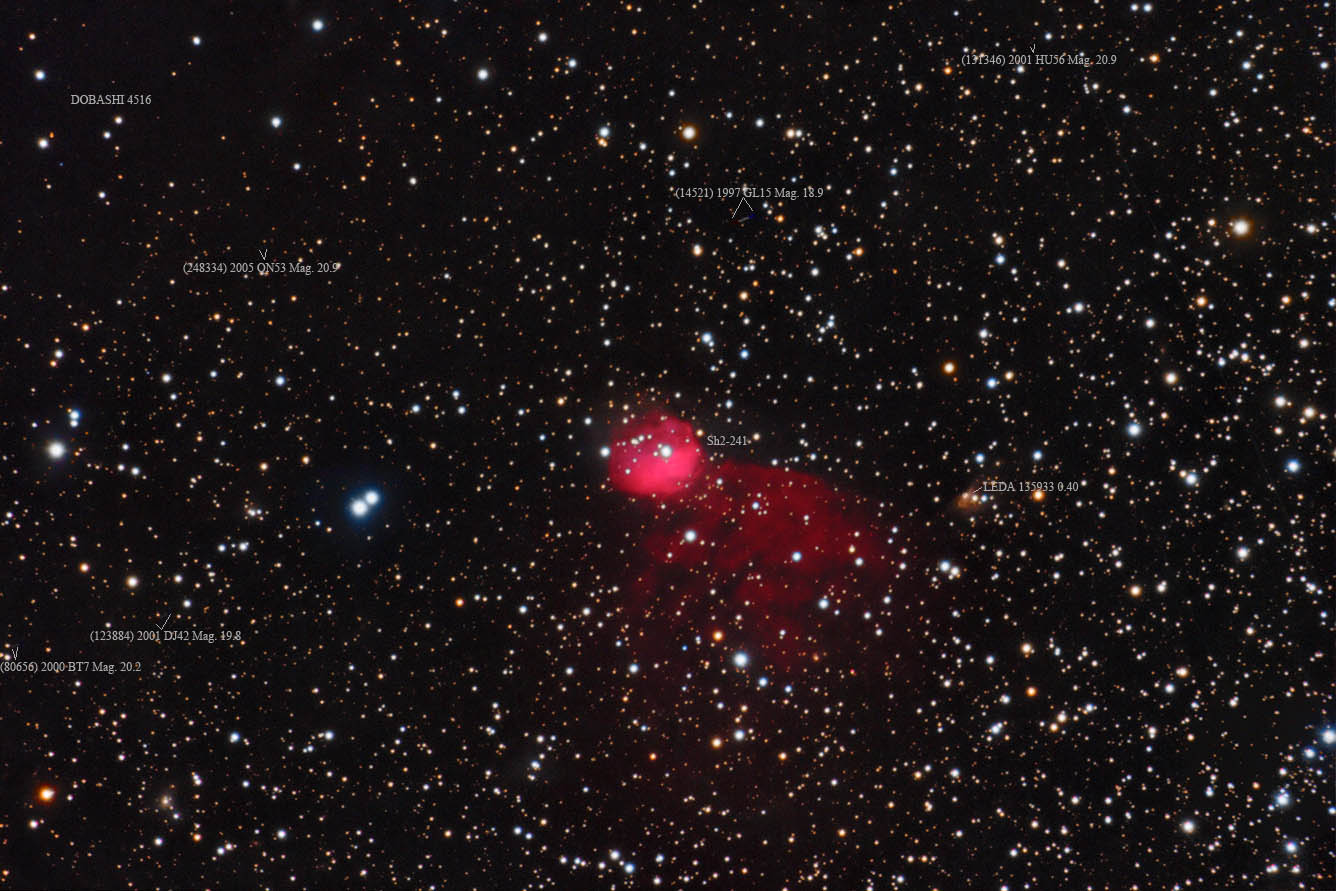 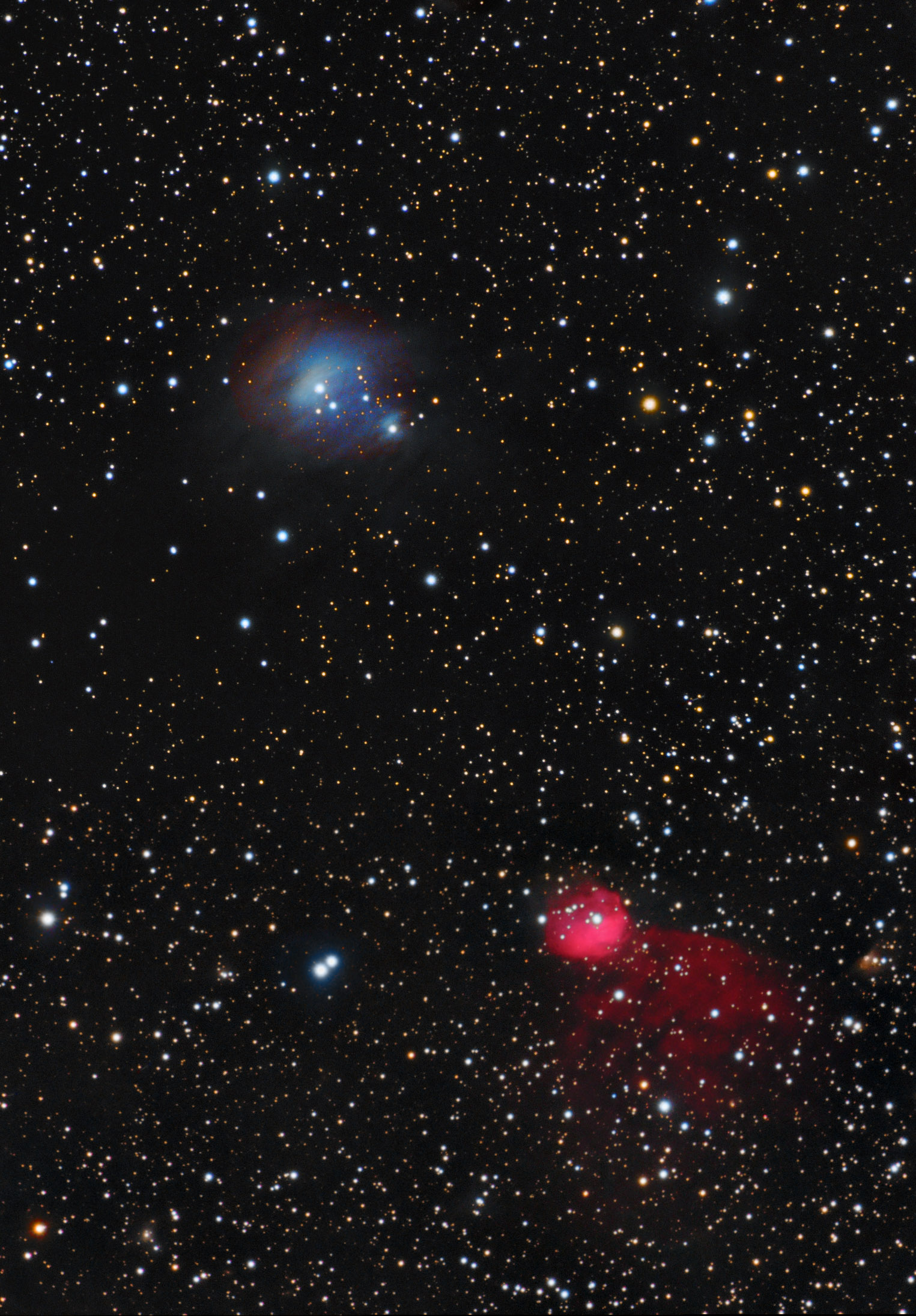