Sh2-247 in Gemini was imaged back in January. It was so faint my usual 2x10\' color data was unusable. Even the luminosity frames were worthless but the 3 30 minute H alpha frames held usable but faint data. I need to try for color data using more and longer subframes but that will have to wait. For now, this will have to do.

Sky Map\'s section on Sharpless objects has this to say about it. 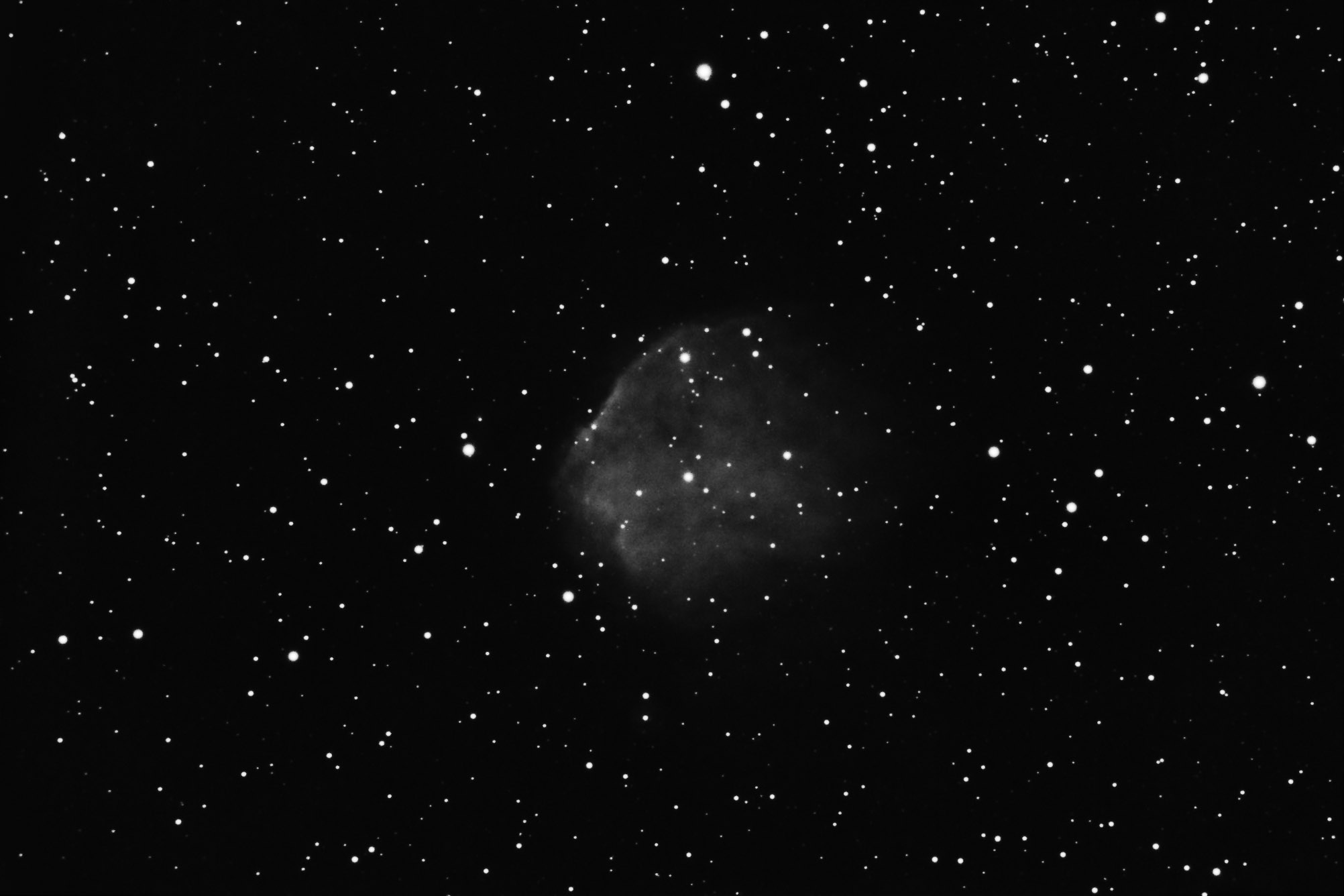