Sh2-269 also known as LBN 876 is a small star-forming region in northern Orion just east of the top of his club. It is thought to be ionized by the B0.5V star in its western (right) half. Just which star that is I\'ve not determined. A second similar star is so buried in the nebula it is seen only in IR and likely also helps to ionize parts of the cloud. Its distance is thought to be about 12,400 light-years. A recent paper says 13,200 but has error bars that put it somewhere from 11,600 to 15,300 light-years. This was based on parallax measurements radio masers in the nebula. The problem is they have their own motion about the star cluster that is forming in the cluster which makes determining their radio parallax difficult hence the large error bars.

There\'s a nasty B1V star at 1370 light-years just east of the nebula. It created a huge blue circle running right through the nebula about where the dark lane runs. My usual technique is to take a similar blue star, remove the stars then subtract that star from the one in the image. That sort of worked but if I totally removed the artifact I damaged the nebula as well. I think I finally found a compromise that got rid of most of it and left the nebula alone. Bright blue stars and Schmidt Cassegrain corrector plates don\'t play well together.

Most images of Sharpless objects are done narrowband. I took this in LRGB without any narrowband. I suppose NB would have eliminated the issue with the B1V star but otherwise seems to add little to this object. 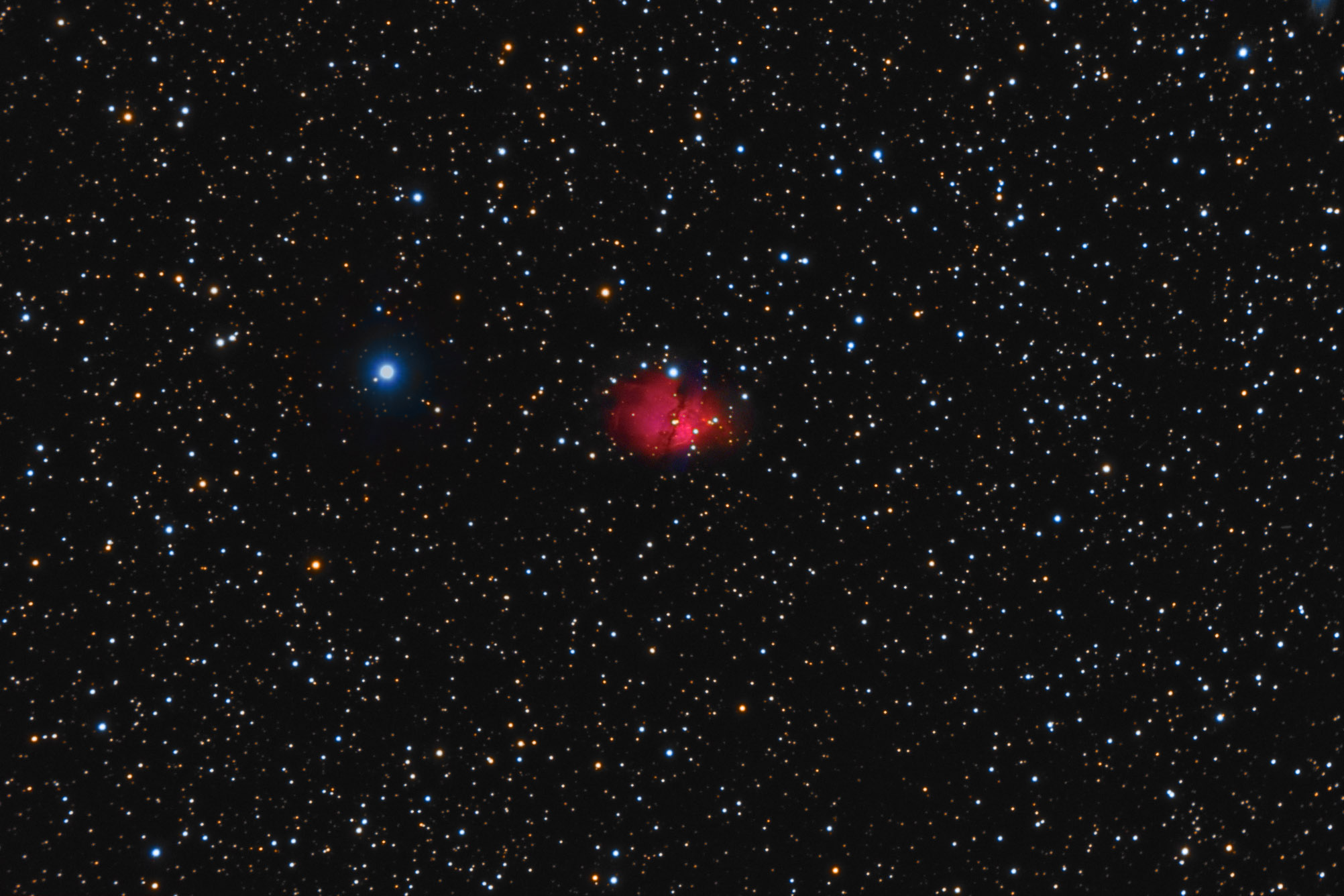