Sh2-80 goes by so many designations I don\'t know which to use (SIMBAD lists 30!). But since I\'ve been imaging some small Sharpless objects I\'ll use that. It is an 11th magnitude Wolf Rayet star, WR 124 (Merrill\'s Star, for Paul W. Merrill who specialized in spectroscopy of strange stars -- he also has a lunar crater named for him) surrounded by a nitrogen rich bubble. Some catalogs, well many, consider it a planetary nebula but it is really a Wolf Rayet bubble much like NGC 6888, the Crescent Nebula, in Cygnus. Thor\'s Helmet is another such bubble. The star is classed as spectral type WN 7 or 8 depending on who you listen to. The N means it is nitrogen rich, the 7 and or 8 means the NIII line is stronger than the NIV line. NIV is weaker in WN8 than WN7 in case you were wondering.

I can\'t find much on this guy, no distance estimate so no size estimate, no age info etc. Just a ton of names for the star and nebula, many being incorrect PN designations such as M 1-67 and G050.1+03.3.

Last fall Bill W posted a nice shot of it. At the time I thought I\'d not imaged it. It has been on my list for years as Merrill\'s Star. Turns out this was taken the end of August but under the Sharpless name. My brain failed to connect the two. After seeing how much time Bill put into his shot I was doubtful I\'d get it, but it came through very nicely with only 40 minutes of luminosity data.

Seeing was poor this night. No H alpha was used. I had several nasty satellites go through the color data and one in the luminosity data. With only 4 frames noise rejection didn\'t work well, my algorithm needs at least 6 to be of lower noise than a simple add or average combine. So it was left in rather than clone out a bunch of stars along with the satellite. I did remove the color ones as they didn\'t harm many stars. Just too many stars to clone it out of the L image. This bubble must not contain any OIII emission. That falls partly in my green and blue filters which overlap a tad at the OIII line. Yet the green filter showed no hint of the nebula while the blue showed the right intensity for H beta emission without any OIII contribution. Maybe someone with an OIII filter can verify this. Taken August 27, 2009 UTC.

Cropped image enlarged to 0.5\" per pixel for those with small dot pitch monitors. 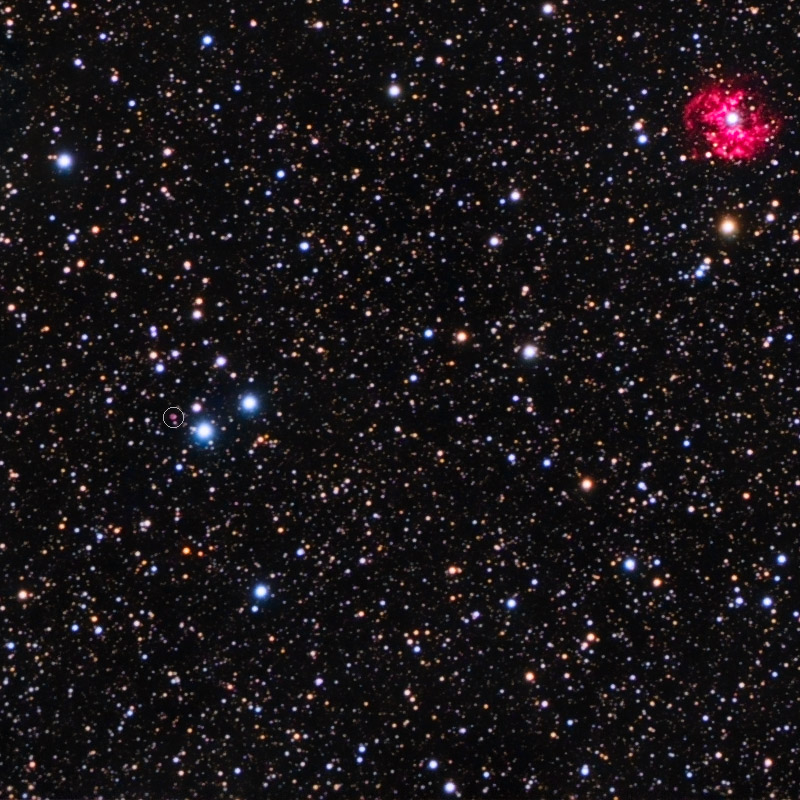 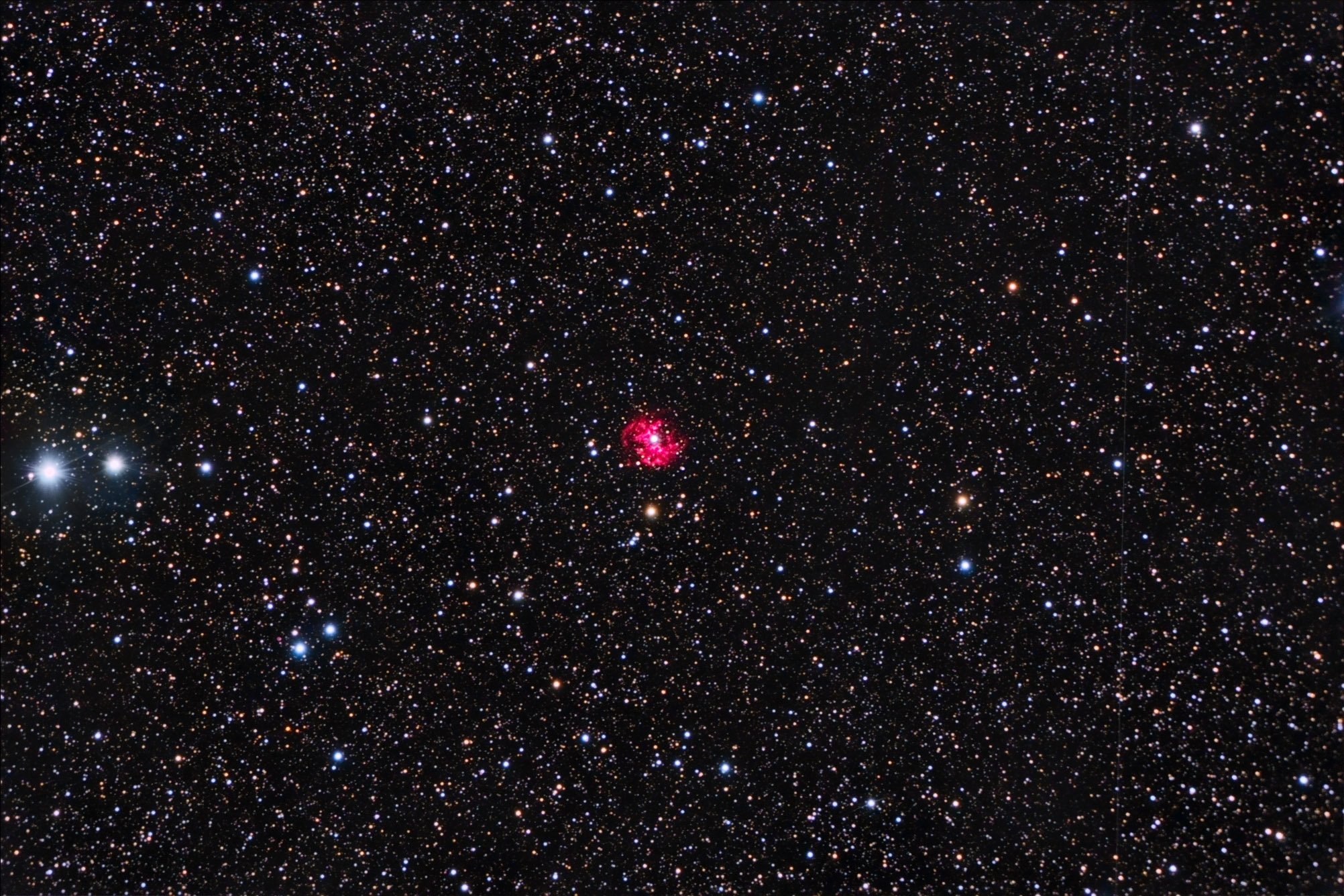