SHK 1 (Shakhbazian Compact Groups 1) is a really compact galaxy group. It consists of at least 17 small red galaxies, about 1.5 billion light-years distant in southern Ursa Major. Star formation ceased long ago in this group. While NED says 17 members to the group, I count at least 20 in my image and it certainly doesn\'t go deep enough to catch them all. Halton Arp and Geoffrey Burbidge likened it to a cluster of giant globular clusters. In my image it appears the area between the galaxies is star-filled as it has a reddish glow to it. New studies say in general up to half of all stars exist outside galaxies having been thrown clear by past galaxy collisions. It certainly appears that likely is the case here. Maybe more than half even. This group appears to be part of a much larger group of galaxies as the entire field contains scattered galaxies with a similar redshift. Many far larger than the tiny galaxies that form this tight group. Assuming a distance of 1.5 billion light-years I get a size of the group of 510,000 x 380,000 light-years with the largest galaxy being about 50,000 light-years across. As this is near the limit of my seeing I likely am overstating its size quite a bit. When I account for seeing it shrinks to only 14,500 light-years making it a dwarf galaxy. Likely interactions have thrown stars and dust out of what had been much larger galaxies. Without dust and gas, they can\'t make new stars so are red and dead galaxies.

Conditions, as has been normal for months, wasn\'t up to going deep and seeing was poor. There\'s a ton of faint fuzzies just on the verge of visibility. I need to revisit this field next year if conditions ever improve.

Romelia Shakhbazian (1925-2012) was an Armenian astronomer who cataloged compact galaxy groups starting with this one. Some form chains (SHK 166 for example) rather than knots like this one. There are 377 on her list. Some have found their way to my to-do list. Some like SHK 16 have already been posted under different names (that tower of babble again) as SHK 16 is Arp 330. She died in 2012 at age 85. 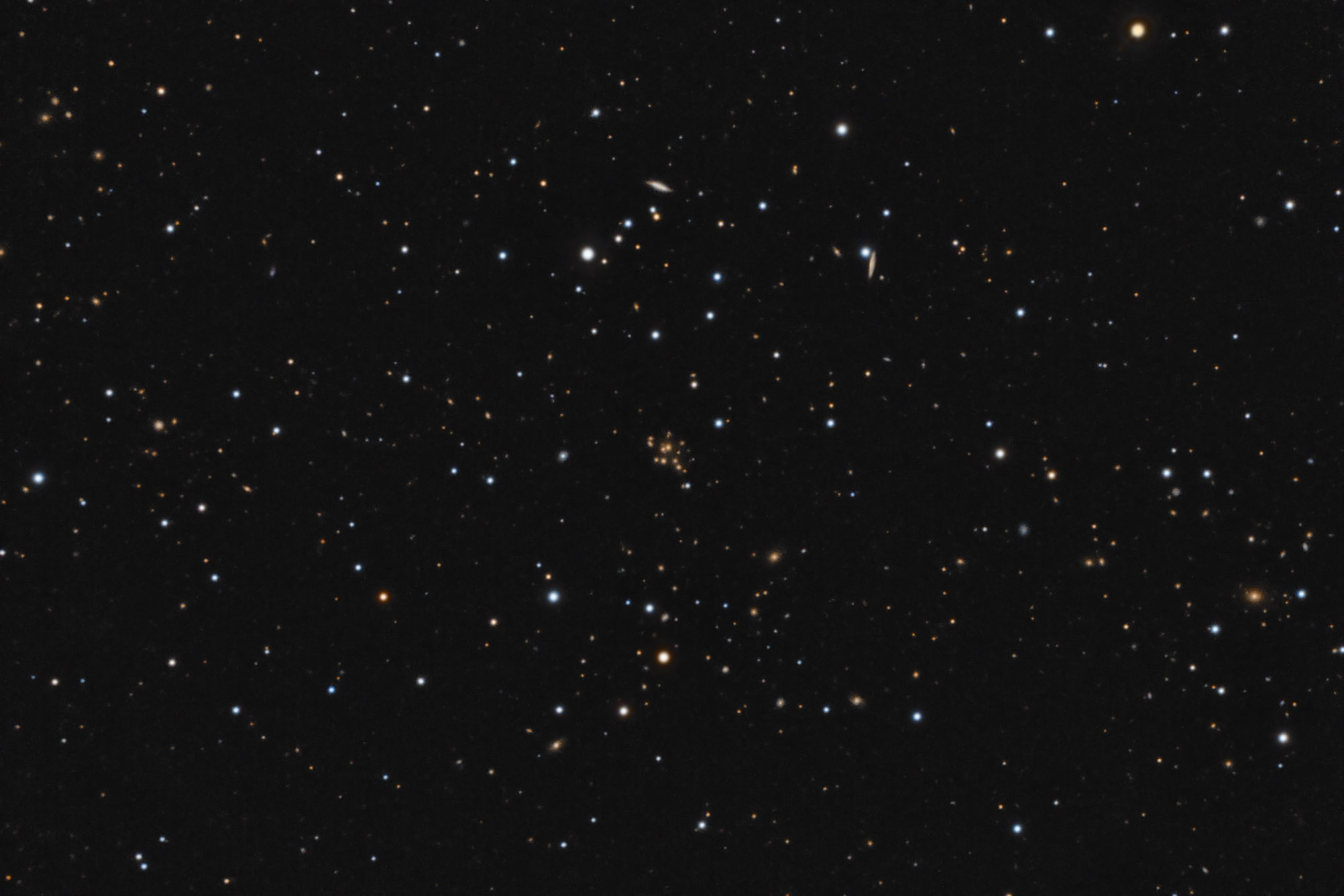 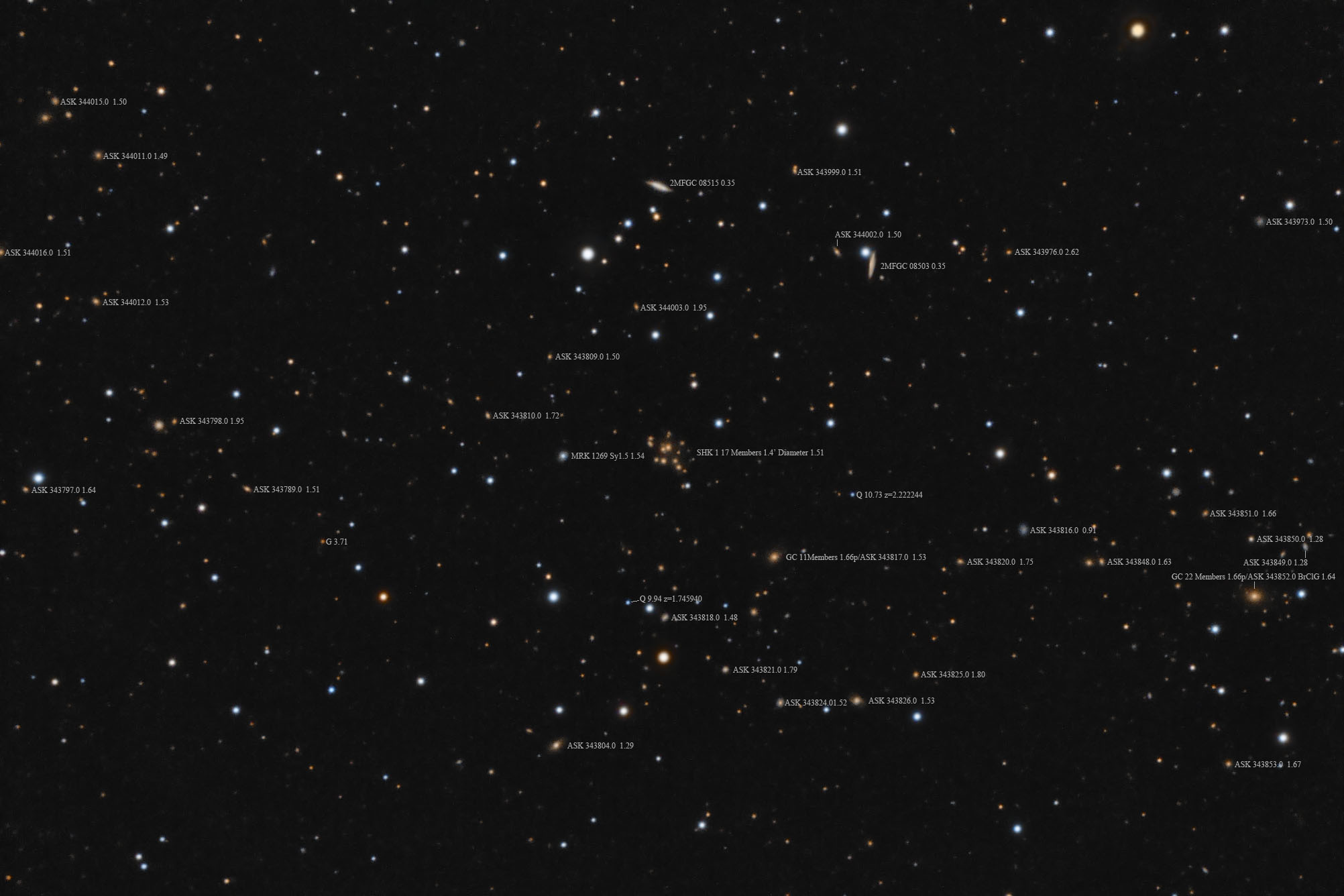