For about 13 minutes I had a clear window to grab 20 30 second frames while the Paramount tracked Toutatis using its orbital elements. Then the clouds shut me down for a bit. When they opened again I got 20 more 20 second frames, this time tracking at sidereal rate plus 3 30 second frames in each color. I wanted more but the next red frame was clouded out with the clouds never opening again. I used the first frames to make a mono image with trailing stars showing its motion over 13 minutes (the extra 3 minutes is due to the slow download speed of the camera). I then made an LRGB image using the later data taken tracking stars rather than the asteroid. Then I used the trailed asteroid color frames to determine the RGB values to the asteroid. Rather than 6 colored dashes for the asteroid, I took the round asteroid L frame and colored it with the RGB data and inserted it where it was in the 10th frame tracking at sidereal rate. 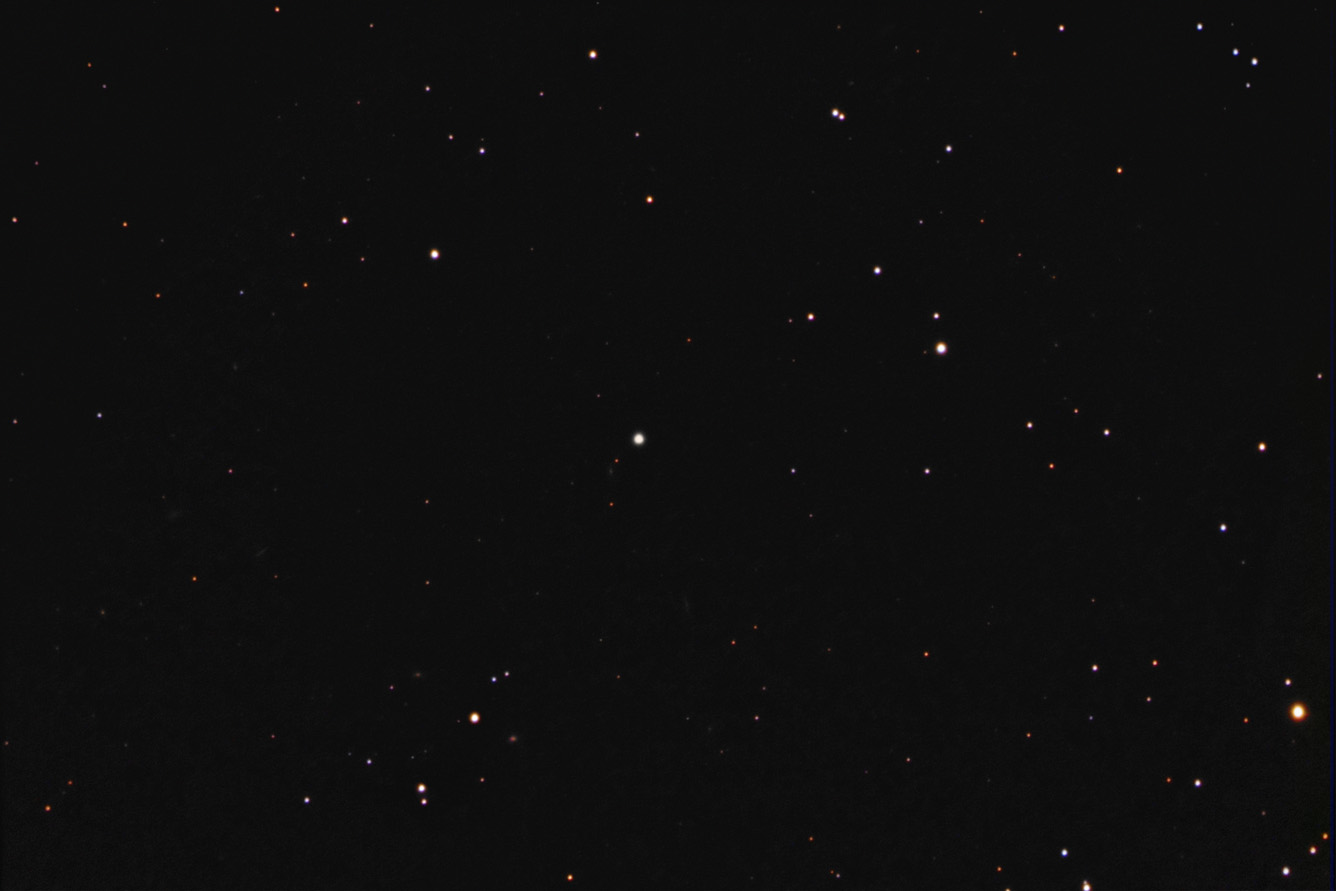 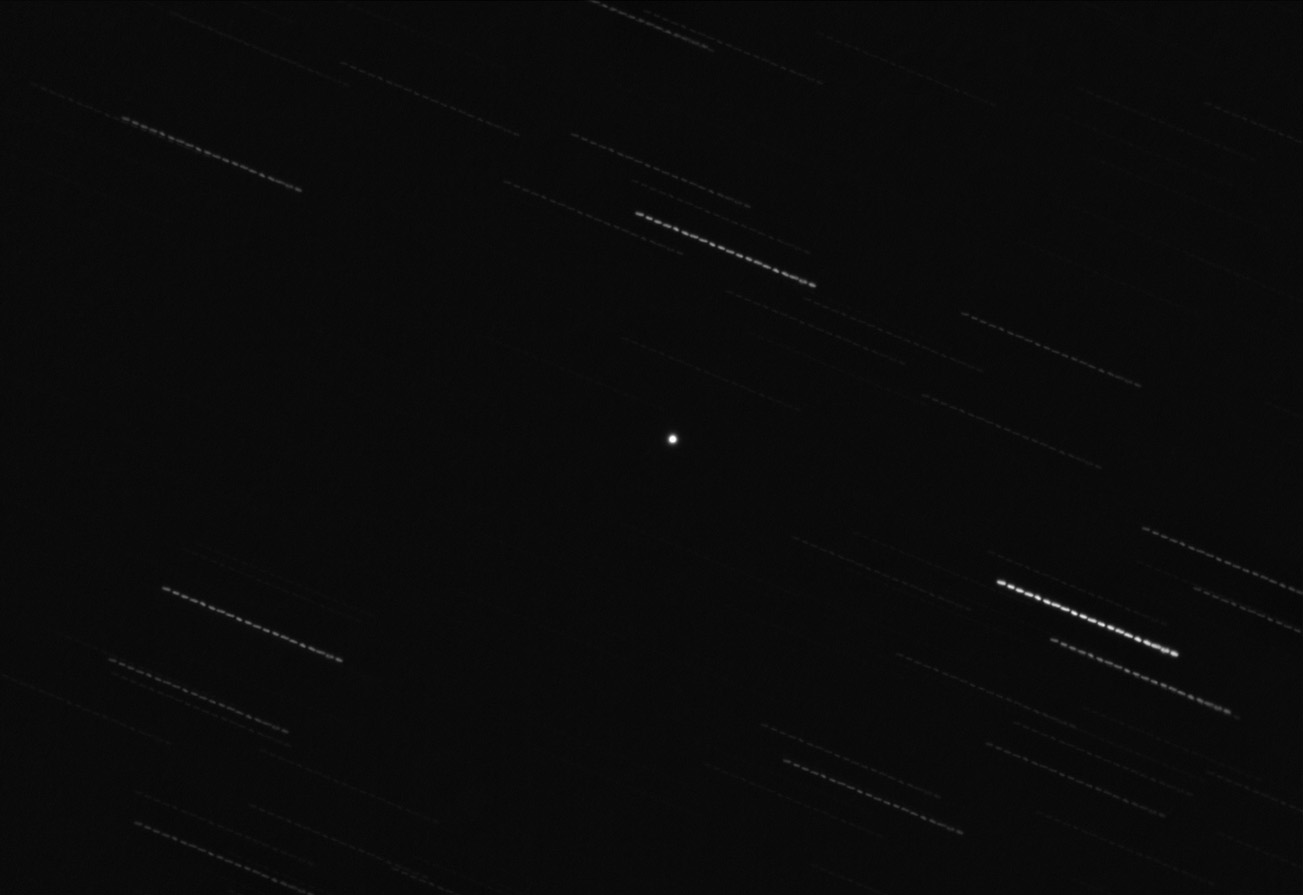