On November 21, 2009 amateur astronomer Jim Thommes took an image of the rarely imaged LBN 1022. He noticed a small nebula south of LBN 1022 where none was charted nor does any show in the POSS 1 plates though a hint of something is seen in the POSS 2 plates taken mid-sixties. The later IR plate shows a bright round patch south of the nebula\'s position but nothing at its location other than a faint 20th magnitude star. Jim reported this find to the pros and now, over 2 years later, a preprint of the resulting paper is now available on the net.
http://www.ifa.hawaii.edu/users/reipurth/PREPRINTS/ms_V900Mon.pdf

This is very similar to McNeil\'s nebula though smaller and in a rarely imaged part of the sky in Monoceros. When Jay McNeil announced his find it quickly became known as McNeil\'s Nebula. Amateurs rushed to get an image of it. Oddly that isn\'t happening with this suddenly appearing nebula. Likely because it doesn\'t lie in a spectacular part of the sky. In an effort to remedy this I\'m calling it Thommes\' Nebula in hopes it will gain traction in the amateur community.

The paper indicates a preliminary distance estimate of 1100 parsecs which is about 3600 light-years.

While the paper refers to the small nebula north of Thommes Nebula as RNO78 this is not quite correct. That refers to a patch of interstellar matter that is dark in visible light unless lit by embedded stars. Its position is a bit west of the visible light nebula which is the reflection nebula GN 06.54.8.02. Technically it is likely part of RNO78 but has its own designation. LBN1022 is the large, mostly H alpha emitting nebula further north. It has a reflection nebula component as well that is blue rather than H alpha red.

I took this image under very poor conditions in 2009 right after Jim announced his discovery mainly for verification purposes and to see it at a larger image scale. Then I forgot about it until cleaning the hard drive. Forgetting entirely about its history I tried to identify his nebula after seeing it in a 2012 image I took of LBN 1022. Since it isn\'t yet in the formally published literature I came up empty and was getting all excited. Then I found the preprint paper and it all came back to me. Oh well.

The best image of this one was taken recently with a 32\" scope on Mt. Lemmon by Adam Block. It doesn\'t appear to have changed all that significantly since Jim found it. I hope to try again if the sky will ever cooperate. Hard to compare Adam\'s super image to my blurry one and tell if it has brightened or not.
http://www.caelumobservatory.com/gallery/lbn1022.shtml

Since the area is so poorly imaged no one has pinned down when it actually appeared that I can determine. Hints can be seen in the POSS 2 red plate taken sometime in the mid 60\'s (I don\'t know the exact date) but that could be noise. After that until Jim\'s image nothing is known. If anyone knows of any images of this field between these dates it could be very helpful in learning when the eruption began. The preprint paper seems surprisingly confident about their conclusions on this object. Most first papers take a far more cautious approach. I don\'t think I\'ve ever seen such a paper use terms like \"bona fide\" before. \"possible\" would be the normal term to use. 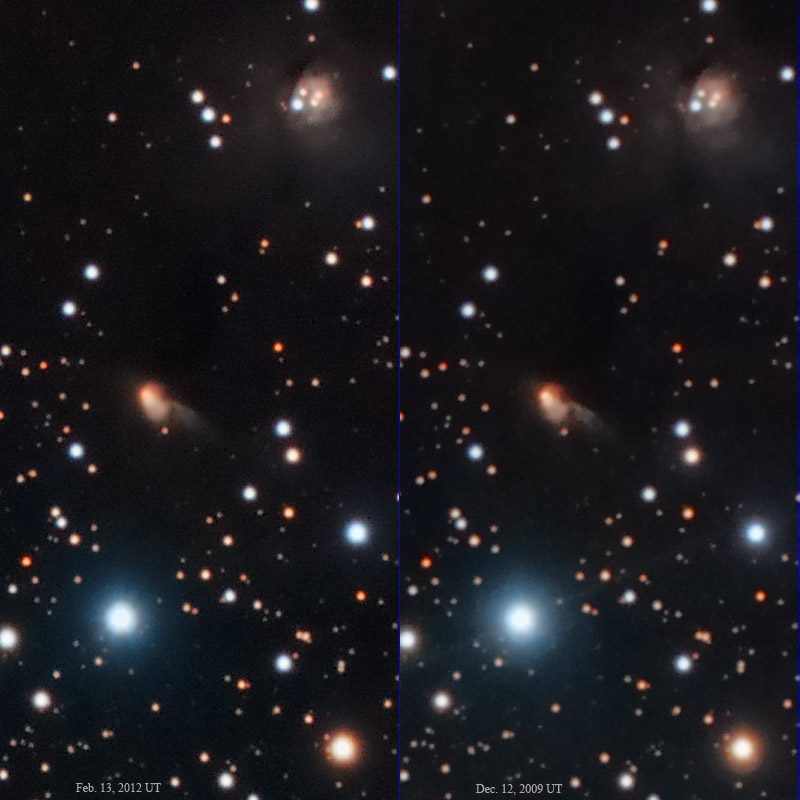 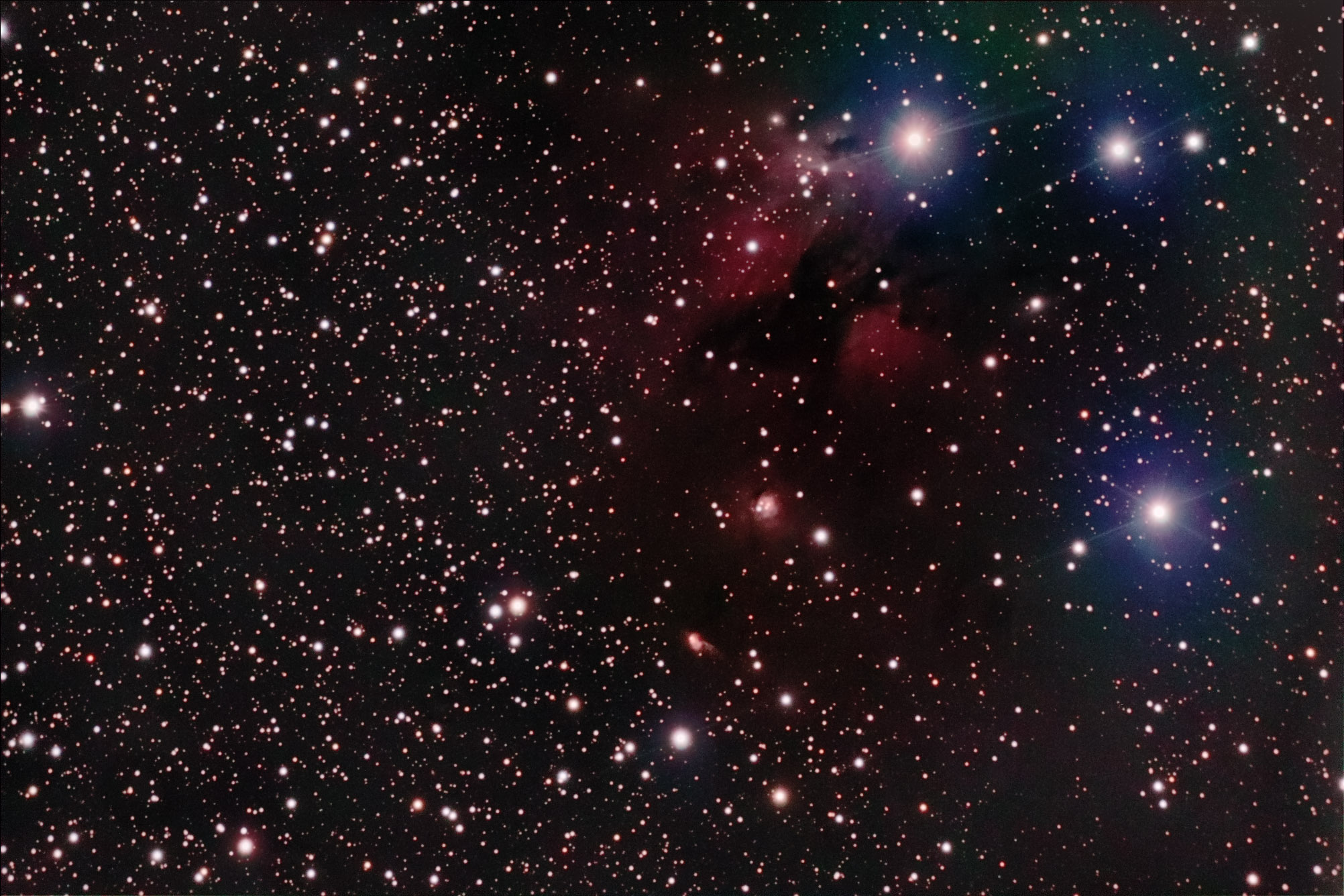