UGC 240 is another galaxy that Arp could have put in his Atlas of Peculiar Galaxies but didn\'t. It has a great plume to the west and some hints of one to the east. It\'s close companion LEDA 212513 is accused of the crime of creating the plume. It seems way to small to have so damaged a much bigger galaxy without significant harm to itself. No distance measurement has apparently been made for it so I assume it is possible it isn\'t even related. UGC 240 is classified as SAB(rs)b with a redshift that puts it about 380 million light-years distant though a single Tully-Fisher measurement shows it 100 million light-years closer. Including the west plume, it is some 150,000 light-years across assuming the redshift distance (110,000 using the Tully Fisher distance). The main disk is 100,000 light-years across at the longer distance, 75,000 at the closer distance. The field is in central Pisces.

Two other galaxies are listed at about the same redshift as UGC 240. Others may be related as well but without any distance data, this can\'t be determined. In fact, there\'s little information on the entire field. I\'d not have prepared an annotated image but there are 5 asteroids in the image (plus a 6th that was too faint in the LRGB combine but is barely seen in the FITS luminance stack.

The image contains three objects listed as UvES (Ultraviolet Excess Source) which are also listed as QSO candidates. I\'ve seen this a lot when they have photographically determined redshift data but never without it. Never before this field that is. So how they are decided they are likely quasars I don\'t know. One is also listed in another catalog as simply a blue star and that\'s exactly what it appears to be in the image. At 16th magnitude, it is rather bright for a quasar.

Two galaxy clusters are listed. Their positions are listed with a 35\" error circle so the line is drawn to the center of that error circle. Neither has a listed size and only one has a galaxy count.

There are a ton of interesting galaxies in the image I\'d like to know about but aren\'t listed in NED at all. 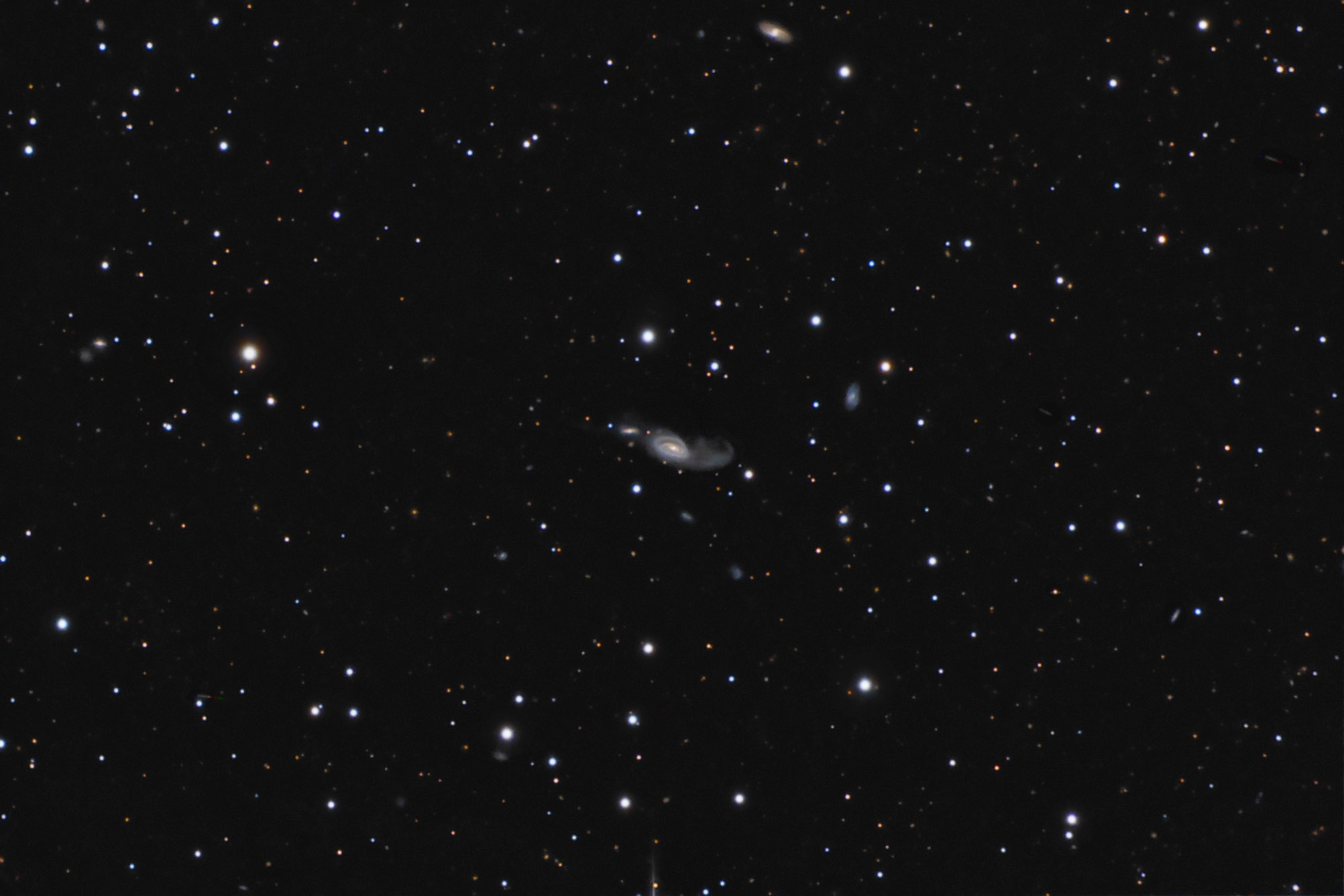 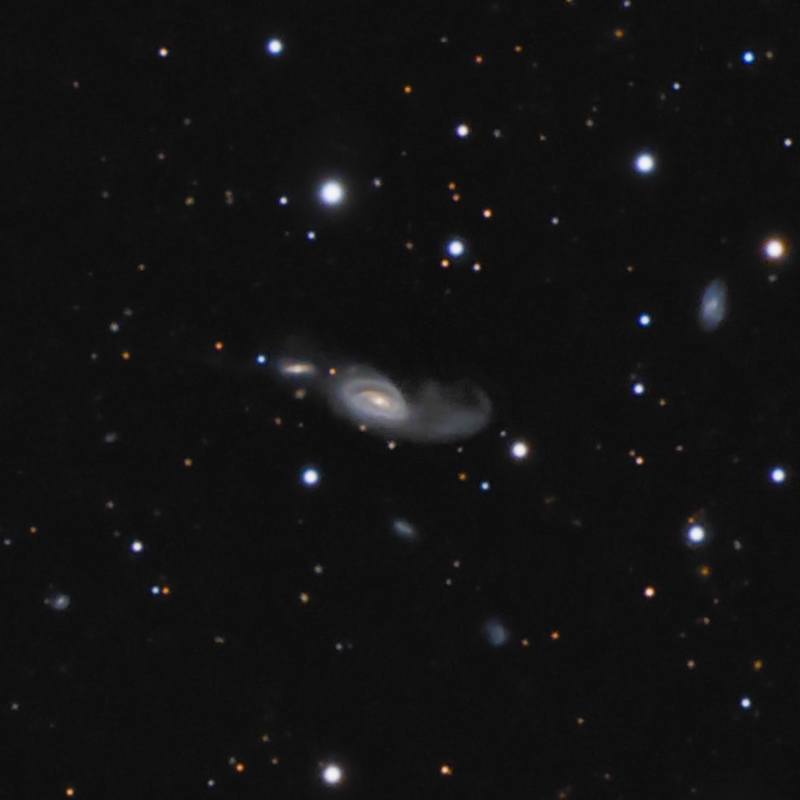 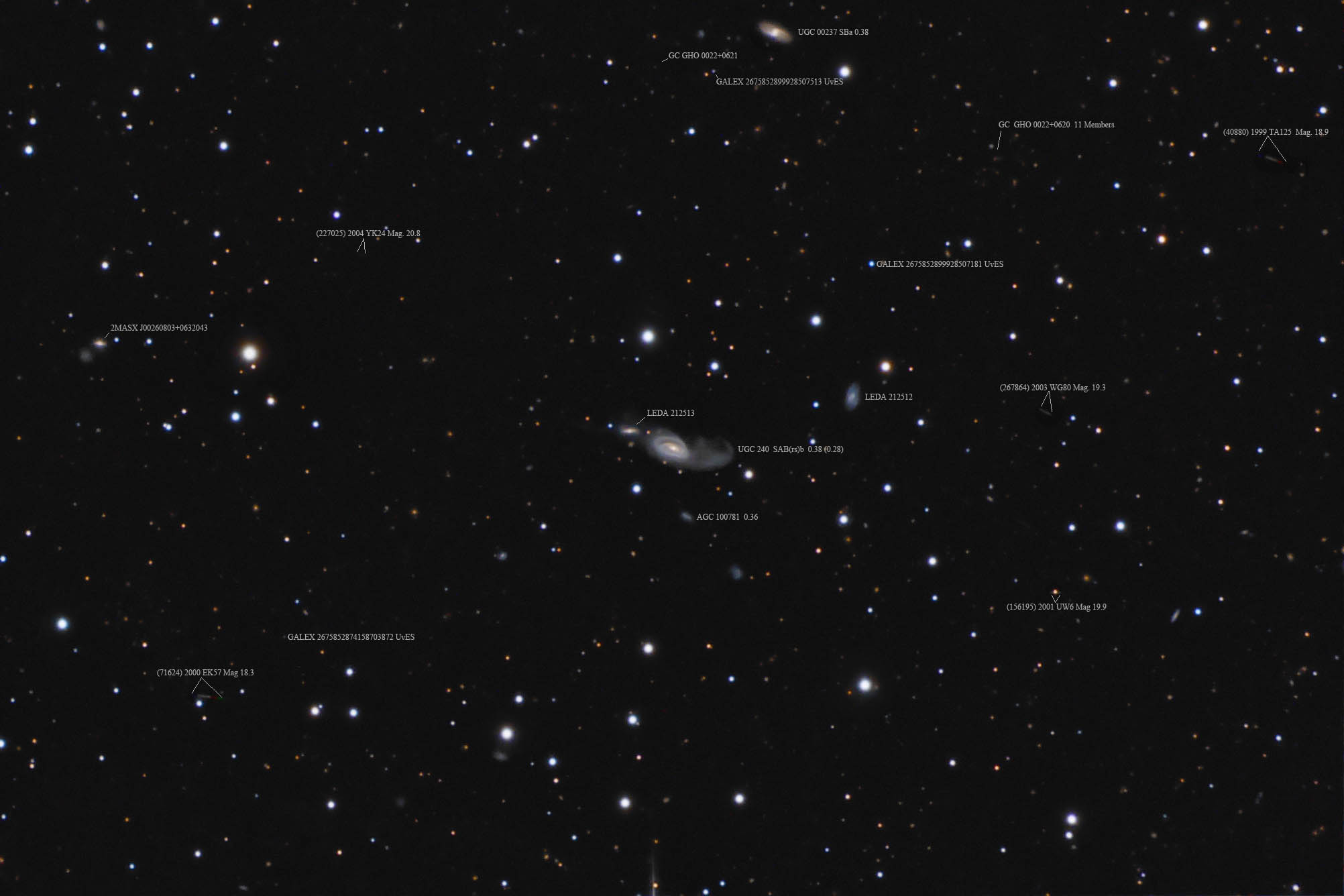