UGC 672 is a dwarf elliptical galaxy that is a member of our local group -- or isn\'t, the argument is ongoing. I can\'t find a reliable distance for it, NED says 21 million light-years. In any case, it lies well beyond M31, the great Andromeda Galaxy but how far beyond I haven\'t been able to tell. Some think it related to NGC 278. If so that puts it beyond the local group. Let\'s guess it is somewhere between 15 and 26 million light years away. In any case, it is by far the most distant dwarf I\'ve tried to image as of December 2007. The near lack of success would seem to indicate I\'m at my limit. It is the rectangular somewhat blue fuzz patch in the center with a foreground star at its center. That star is in our own galaxy. What I didn\'t realize was that at the very bottom edge of the image is a dwarf galaxy that is orbiting the great Andromeda Galaxy! It is of the very same type as the Draco Dwarf I imaged orbiting our galaxy. That is, made of widely separated, dim, old stars and containing far more dark matter than ordinary matter. This is known as Andromeda X. X for ten rather an unknown. It is seen as the scattering of faint stars at the very bottom of the image below and running left of UGC 672. Only a dozen or so of its brightest members are in my image. A couple faint very distant galaxies are mixed in as slightly fuzzy stars. The area contains foreground stars as well so is very hard to pick out. This too was a lost image found on the hard drive that I\'d planned to go back to. I need to put UGC 672 higher in the frame to get all of Andromeda X and take several nights to cover it. As of February 2017 that still hasn\'t happened. 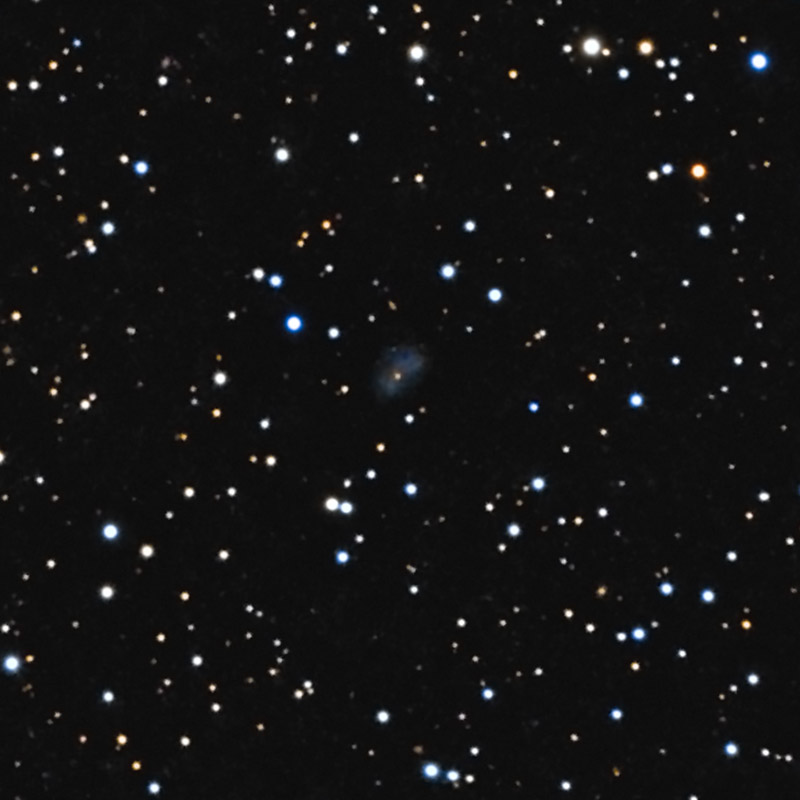 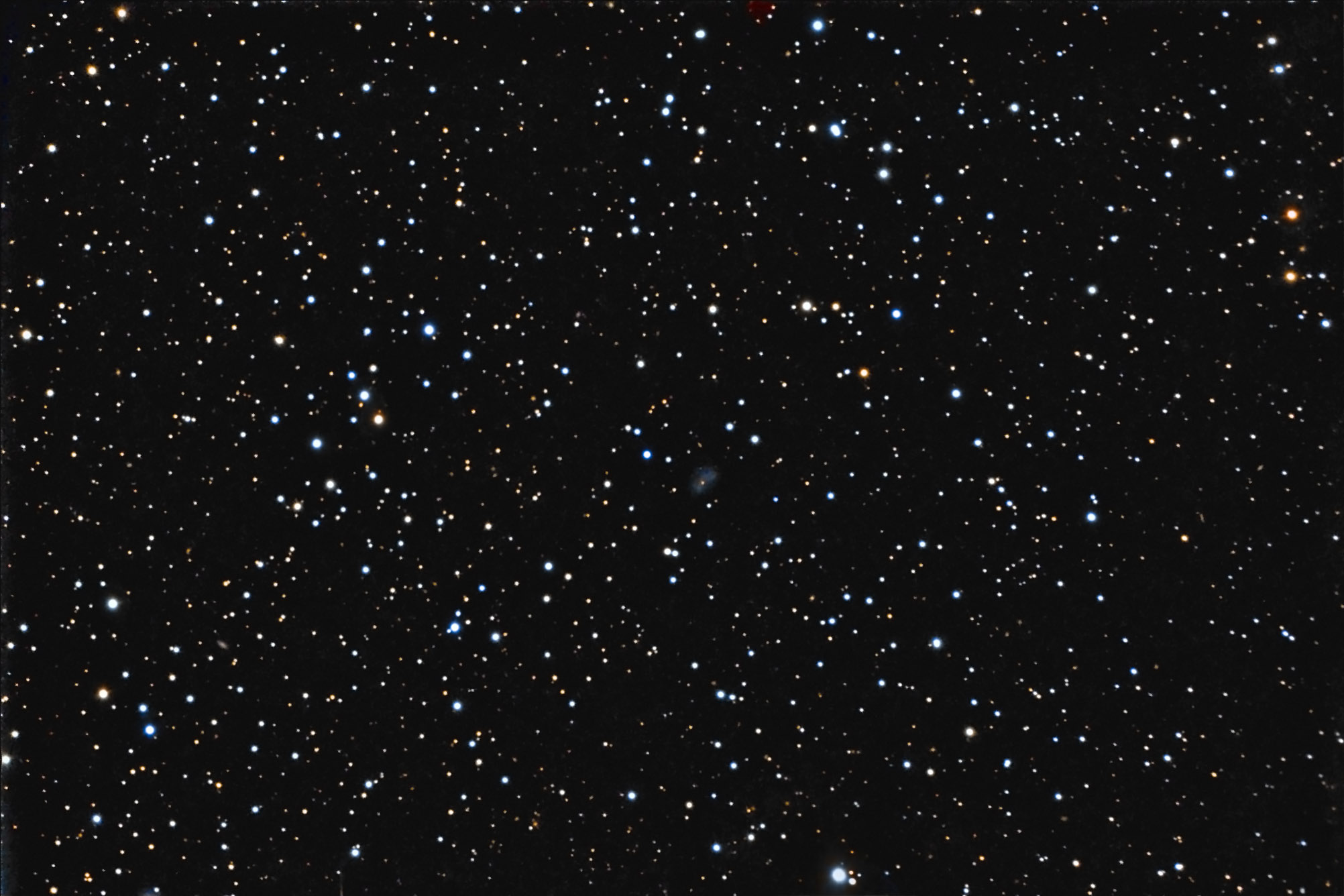