UGC 2773 is a Maffei galaxy in Perseus at the south end of the Alpha Persei Star Cluster, Melotte 20. Several of its bright stars were just out of the image to the north sending huge gradients and arcs of light through the image making it a processing nightmare. Redshift puts it 4 million light-years distant but isn\'t likely correct. A single Tully-Fisher measurement put it 14 million light-years distant a more reasonable figure for a galaxy in the Maffei group. NED classifies it as a dwarf irregular galaxy though in my image there seems to be some hint of a spiral structure. That may be due to seeing it through dust in our galaxy as it is heavily obscured. Many sources consider it a double system.

The UGC says of it in 1973; \"Core 0.15x0.15 with companion 0.15x0.15 attached to preceding side. Irregular disk, no evidence of spiral pattern\" Another paper from 2002 asks: \"One irregular galaxy?\" I can\'t say I see a double structure though there is a white star near its core with the real core 9\" to the northwest (preceding). NED also seems to indicate it is a double system one place and a pair another under morphology. This shows the difficulty of seeing something through all the dust and gunk of our galaxy as this one is deep in the \"Zone of Avoidance\". What appears to be a rather bright HII region is near the southeastern edge. HST images taken in 1999 don\'t show a double system that I can see though they do resolve several clouds of HII besides the one I picked up. Though it shows no hint of spiral structure. A super nova was seen near its core in 2009.

I found a rather strange looking something in the image near the left edge toward the top. I\'ve included it as an inset it the cropped version of UGC 2773. It appears as a rather long streak near a somewhat bright star. An obvious red galaxy is seen above it. Since it appears in all my subs I knew it wasn\'t a fuzzy asteroid trail. Unfortunately this field is poorly studied with only 2MASS galaxies and a few galaxies from the Zone Of Avoidance Catalog listed at NED. The red galaxy is 2MASX J03331917+4749545. The only other object NED shows in the area is ZOAG G148.96-06.70. Its position is below the streak by several seconds of arc. It\'s error circle is 75 seconds of arc across so includes the 2MASS galaxy as well as a few other smudges. I\'ve included a Sloan image of the streak. It must be an edge on galaxy but if so it sure is distorted. Is the distortion due to seeing it through the dust of our galaxy or is it really that distorted? In any case it is strange looking. I checked the WISE IR images and Spitzer IR images. Neither show it at all much to my surprise.

No other galaxy has any redshift data so no annotated image was prepared. 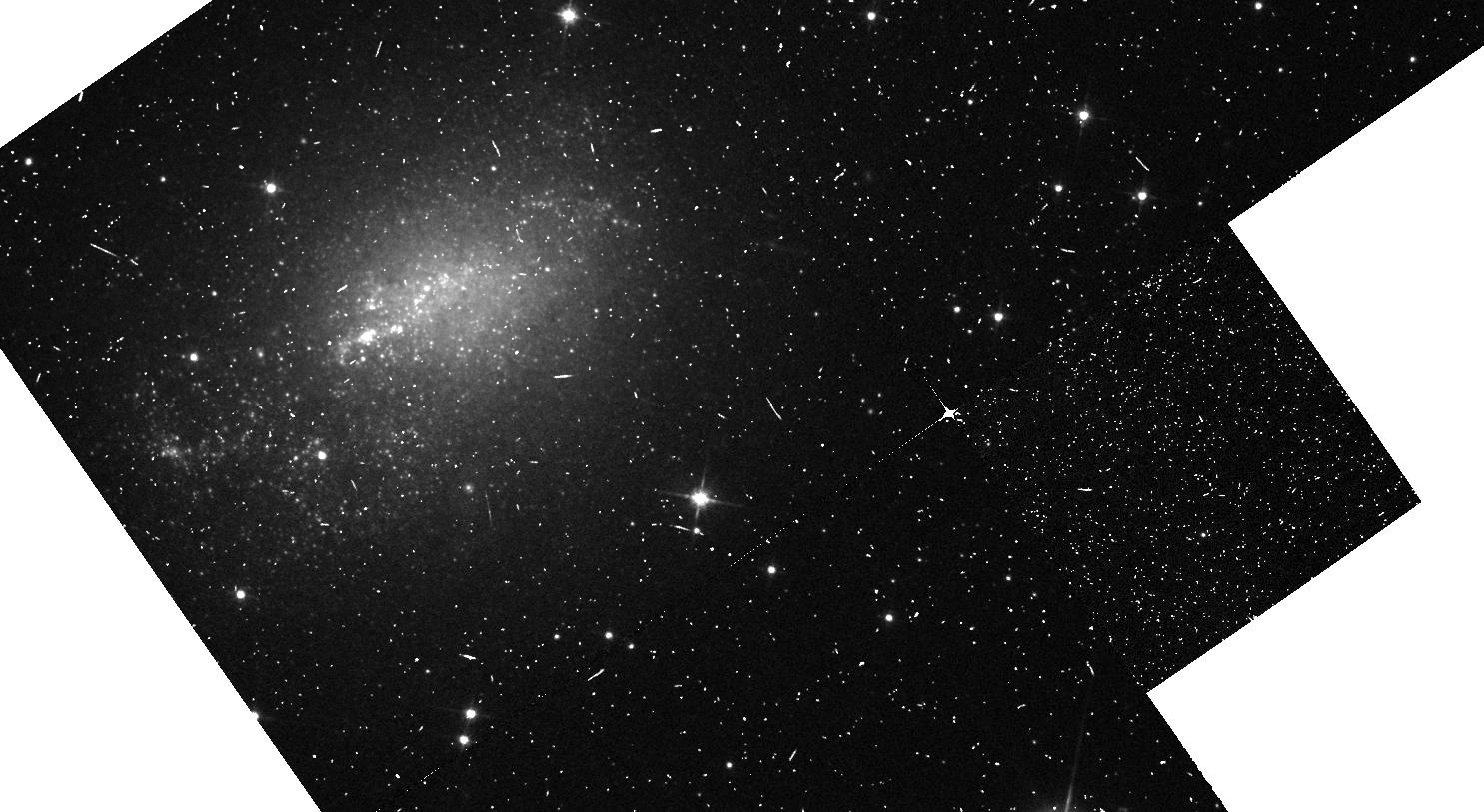 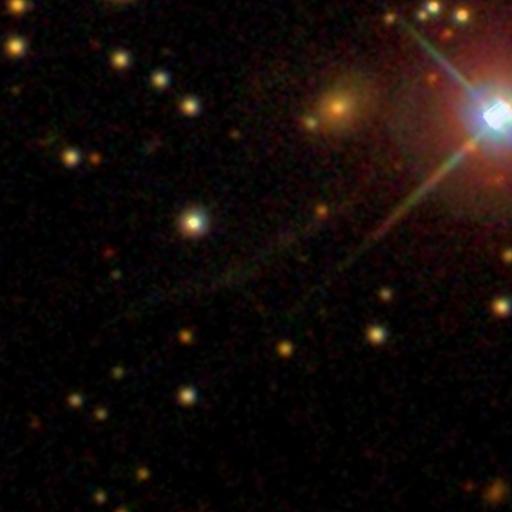 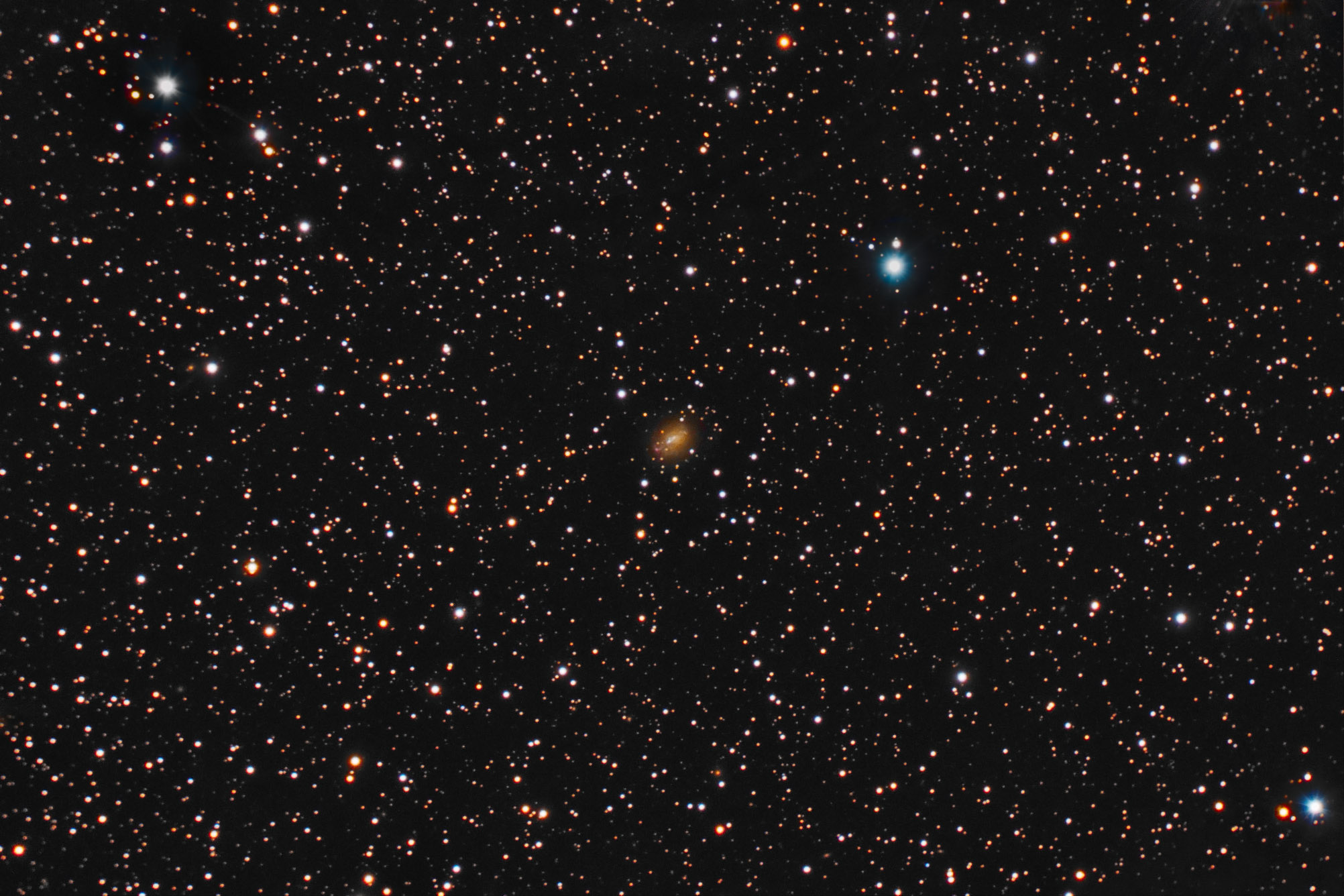 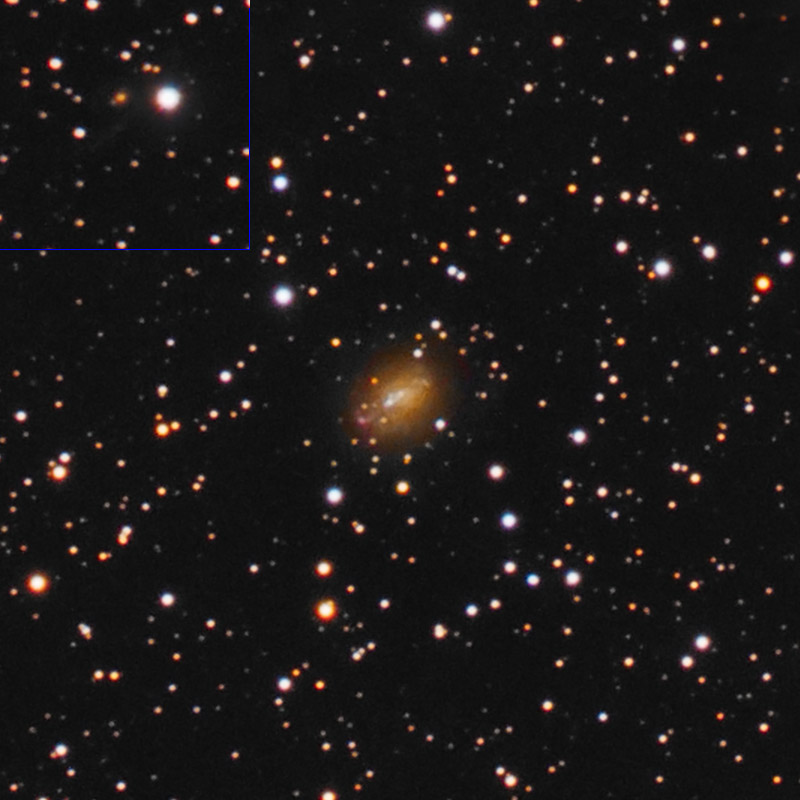