I\'ve identified every galaxy NED had in its database that is in the image. Many of the 2MASS galaxies had no distance data. I need to explain a few things. BLAGN stands for Broad Line Active Galactic Nucleus. Most with that designation have very large redshifts that put them over 9 billion light-years from us. That is the realm of quasars. All are listed primarily as X-ray sources and as an afterthought as a galaxy. Two are very faint and may not survive JPG compression. The rest are quite obvious. Normally I\'d not see a galaxy at these distances and those bright enough for me to measure their PSF look like stars and thus quasars to me. I\'d consider them a quasar candidate at least. Another designation is NELG (Narrow-Emission-Line Galaxy) which does appear to really be a galaxy lying within my range for galaxies and having the PSF (Point Spread Function) of a typical 3 billion light-year distant galaxy. Lastly, there is one classed as BLLAC which stand for BL Lac Object. These are yet another type of galaxy with an active nucleus that tend to have wide variations in brightness over short periods so were initially thought to be variable stars since no galaxy can vary rapidly. But a very active nucleus that has a jet pointing right at us can vary that fast and that\'s likely what these are. See http://en.wikipedia.org/wiki/BL_Lac_object for more details. NED considers them quasars.

That brings us to two 2MASS objects that I find highly questionable so they are noted with a question mark on the annotated image. Both have a PSF exactly like stars around them. So either they are stars or some sort of galaxy with a very active core and I\'m seeing only the point source of this core. I prefer that they are really just stars. There are many IR stars in the 2MASS catalog. Some in this image, the star just 3\" NW of BZB J0613+7107, the BL Lac object, is in the 2MASS catalog for example. With so many point sources that are AGNs of one type or another it wouldn\'t surprise me if these are just misidentified stars. They are noted with a ? in the annotated image. One in the upper right corner the other the lower right corner.

Being so far north this field isn\'t covered by the Sloan Survey or other popular surveys so many of the identifications come from the BCC2007 catalog. It is the 2007 edition of the Barcons, Carrera, Ceballos catalog of galaxies, stars, galaxy clusters, Quasars and X-ray sources. BZB stands for the BlaZar BLLAC objects catalog of quasars.

This image suffered from severely distorted stars due to horrid seeing, especially on the color frames. I had to do a lot of work to make the stars sort of presentable. This may also be why some of the 2MASS objects seem identical to stars as mentioned above. It seems I\'m processing data I probably should have retaken under better conditions the next year. So far things haven\'t shown a great deal of improvement but for rare nights.

The pair was suggested to me by Sakib Rasool 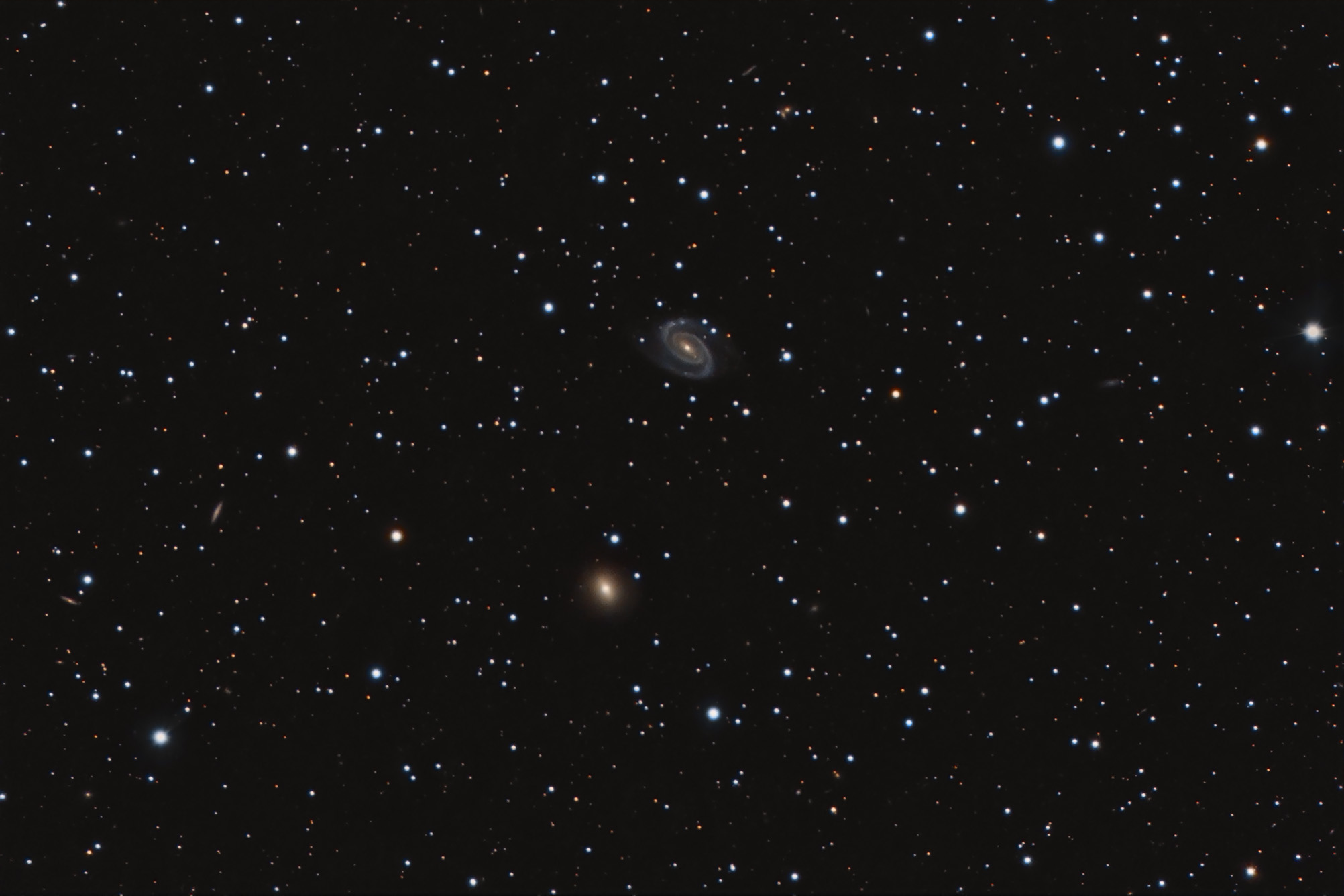 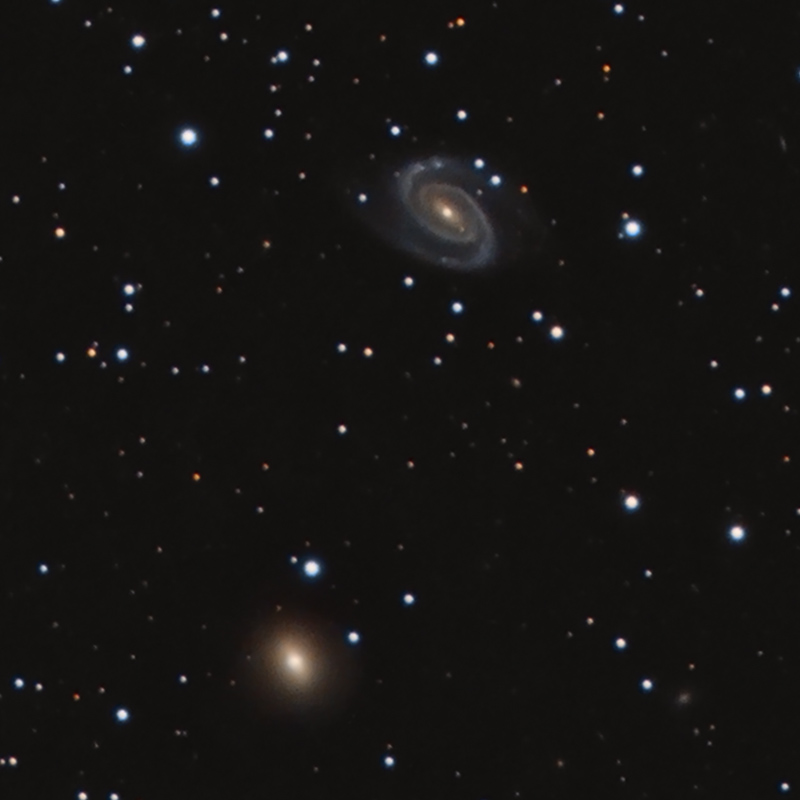 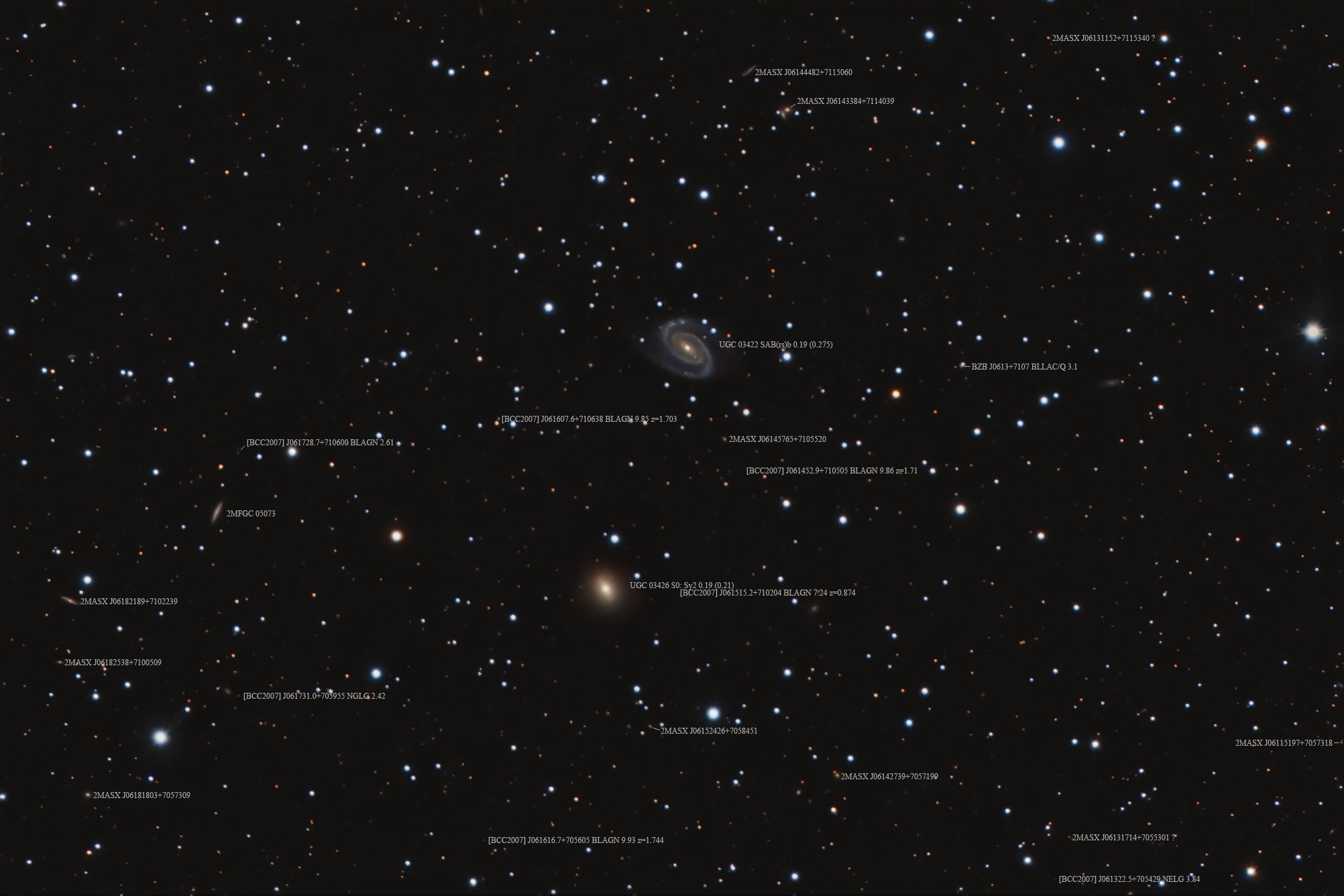