UGC 04115 is a blue dwarf galaxy about 26 million light-years distant in far western Cancer just north of the Canis Minor/Gemini border. There\'s a rather wide variation in non-redshift distance measurements for this one though most papers consider most of them to be the minimum value. Only one was greater than this concept of minimum value and it says it is 25 million light-years distant which is virtually the same as the redshift measurement. At this distance, redshift isn\'t considered reliable but it appears, in this case, it is about as good as we are going to get.

NED classifies it as IAm. It is considered resolvable into stars though I wasn\'t able to resolve any. The HST has taken some frames around this galaxy that catch some of it with full resolution indicating it is close by, maybe closer than the 25-6 million light-year estimate though usually in that case I see a few stars. In this case, only star clusters are showing up rather than individual stars. In the HST partial frames they were rather evenly dim so likely below my magnitude limit for this image which is about 22.5 as the sky was unusually bright the night I took this. Though that\'s pretty much the norm for this winter\'s skies Lots of red airglow. Usually green dominates but when red is stronger then it is also much brighter, unfortunately. Seeing, however, was better than normal for this winter. That though wasn\'t sufficient for me to pull out any stars.

The image has 6 asteroids I was able to find which are detailed in the annotated image. Per the Minor Planet Center 2014 AZ30 was predicted for the field but then they note \"Direct recovery using small-field telescope probably impractical.\" So it is lost and it likely wasn\'t anywhere in my quite small FOV for finding lost asteroids. Two of the asteroids nearly occulted stars so will be hard to see in the glare of the star.

Galaxies and quasars identified only by its position are noted only with a G or Q (QC if its quasar status is not yet confirmed leaving it still a quasar candidate). Interestingly the only confirmed quasar is closer than the most distant galaxy. Both are in the upper right corner. 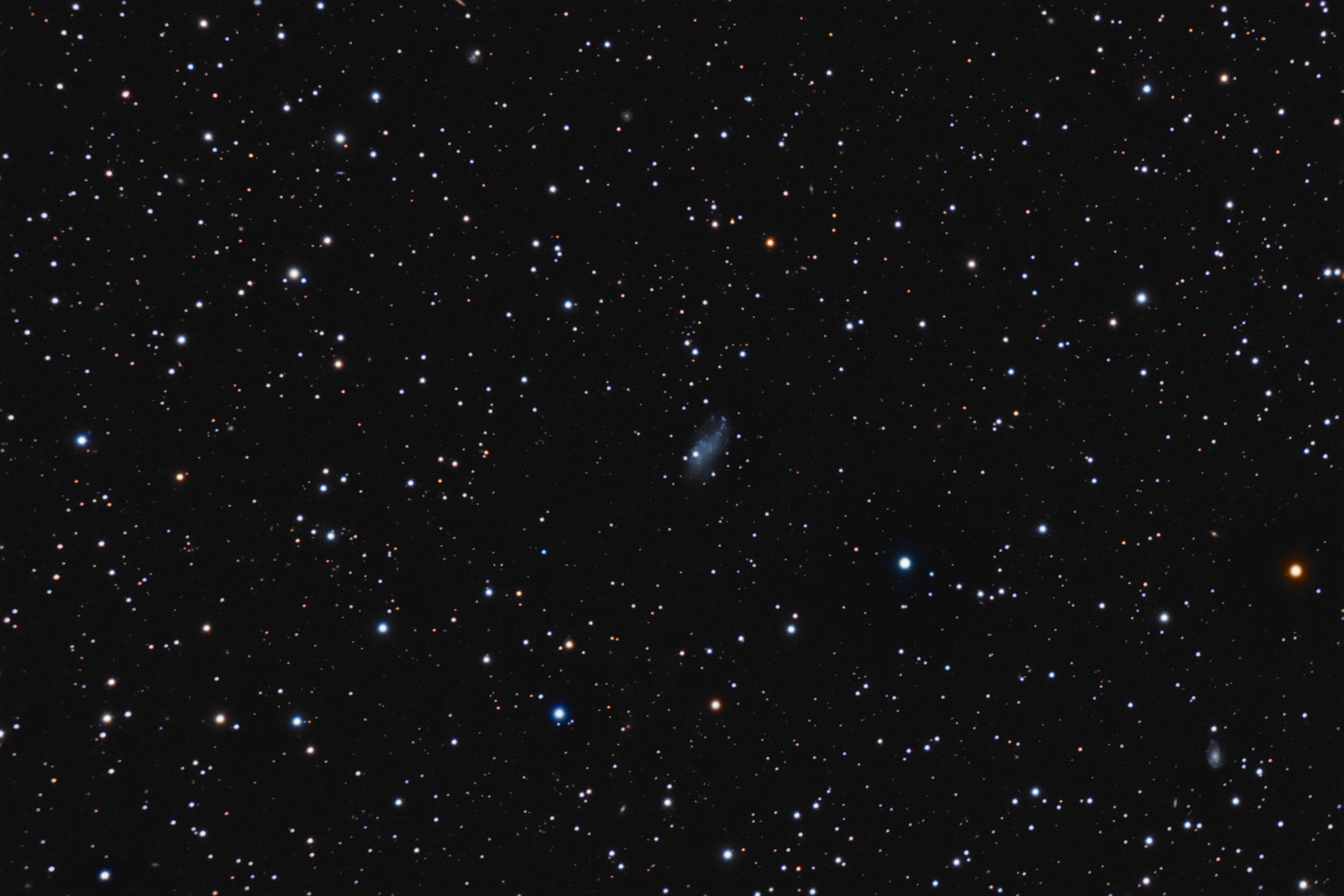 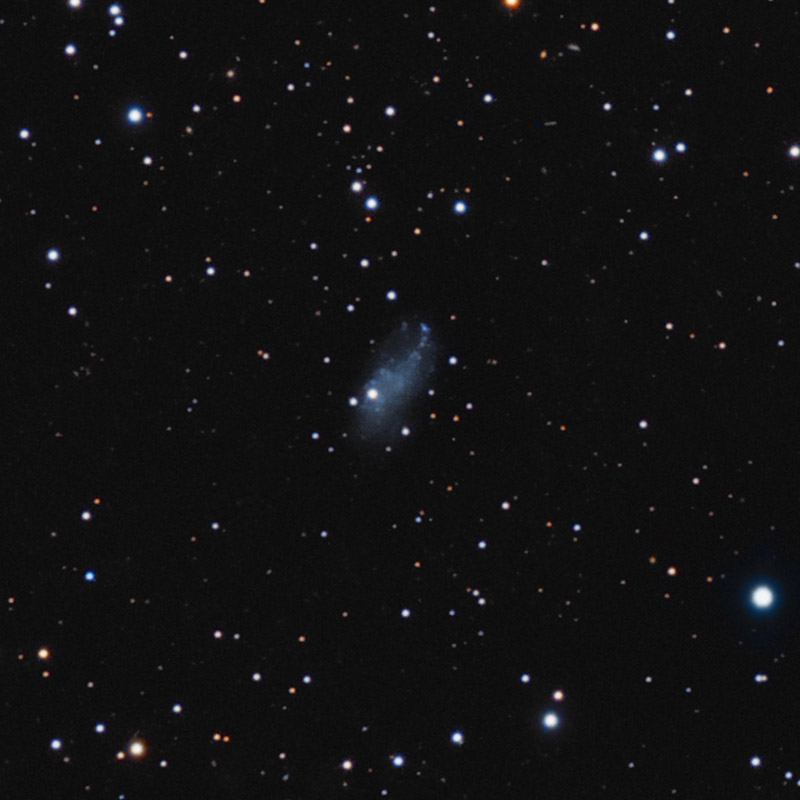 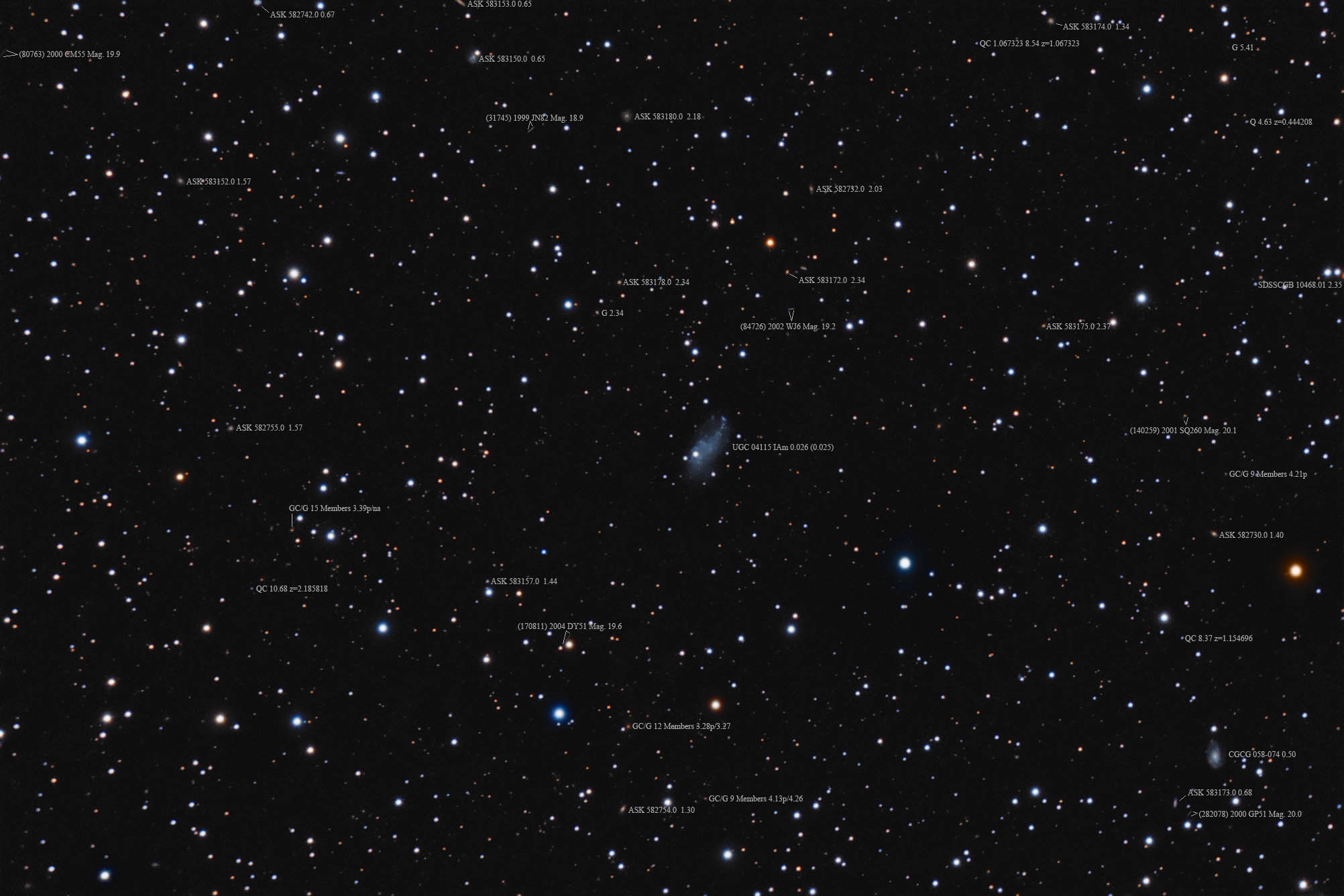