UGC 05904 is a pair of likely interacting galaxies in Ursa Major about 300 million light-years distant. The southern member, UGC 5904a, an Sb galaxy with a narrow line active galaxy nucleus is also known as 2MFGC 08412 so makes the less demanding 2 micron flat galaxy catalog but isn\'t flat enough for the FGC itself. It\'s companion, UGC 05904b is listed as an elliptical galaxy. It seems to have a well-defined core with a rather blue disk and apparent dust lanes that seem to define a vague spiral pattern. While it\'s redshift would seem to put it more distant than UGC 05904a by some 3 million light-years this is likely just due to their relative velocities rather than being a real distance difference. Which galaxy is in front? If it is the edge on spiral it could be the dust lanes in the elliptical are due to the dust lane in the spiral seen against the more distant elliptical. Still, it looks to me that the elliptical is in front. Spectral data should answer this question but I found none in the literature. The disk of the spiral is warped with the northwest end bending up and the southeast end warped down. Though much of this downward warp is due to a plume-like blob of stars with the actual disk extending pretty much on plane beyond it. But even that does warp down some. The northwest end can be seen beyond the elliptical and appears rather like a blob rather than a well-defined end of the edge on disk you\'d expect to see.

Besides the normal objects in my annotated image, this one has one listed as a candidate for a broad lined AGN and an entry from the SHOC catalog which lists galaxies from the Sloan survey with HII emission and an abundance of Oxygen. The letters stand for Sloan HII galaxies with Oxygen Abundances Catalog. Now that\'s a mouthful. The galaxy is a blue compact galaxy as well. There are two other NLAGN galaxies in the image beside UGC 05904a. Besides the 3 distant quasars and one quasar candidate (UvES) in the image, there were even more just outside my field of view. No asteroids, however. Declination is too high for most known asteroids.

Again seeing and transparency was well below normal. This robbed me of a couple magnitudes. The one galaxy cluster would normally have stood out quite well in normal conditions, rather than being a barely resolved blob you see here. 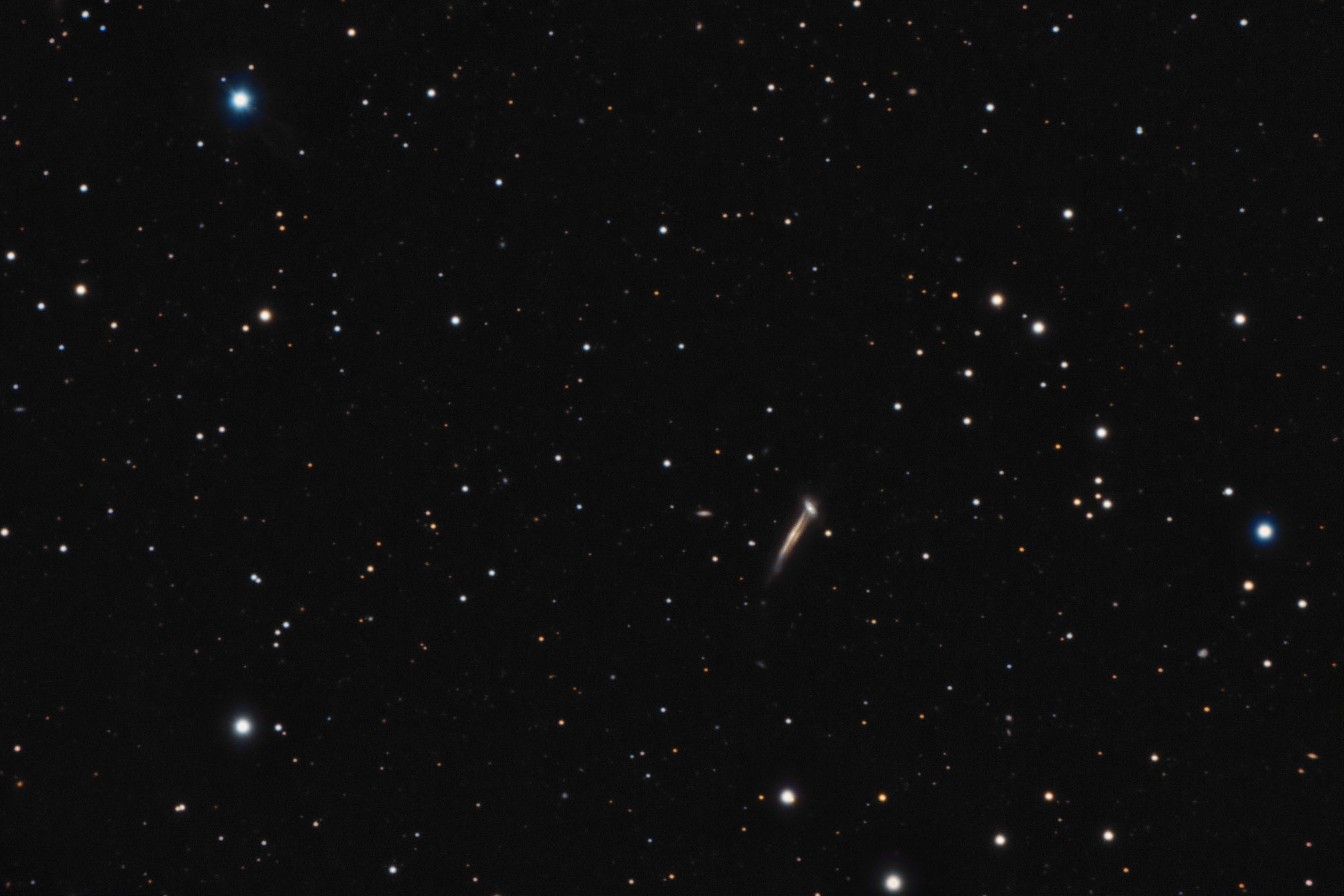 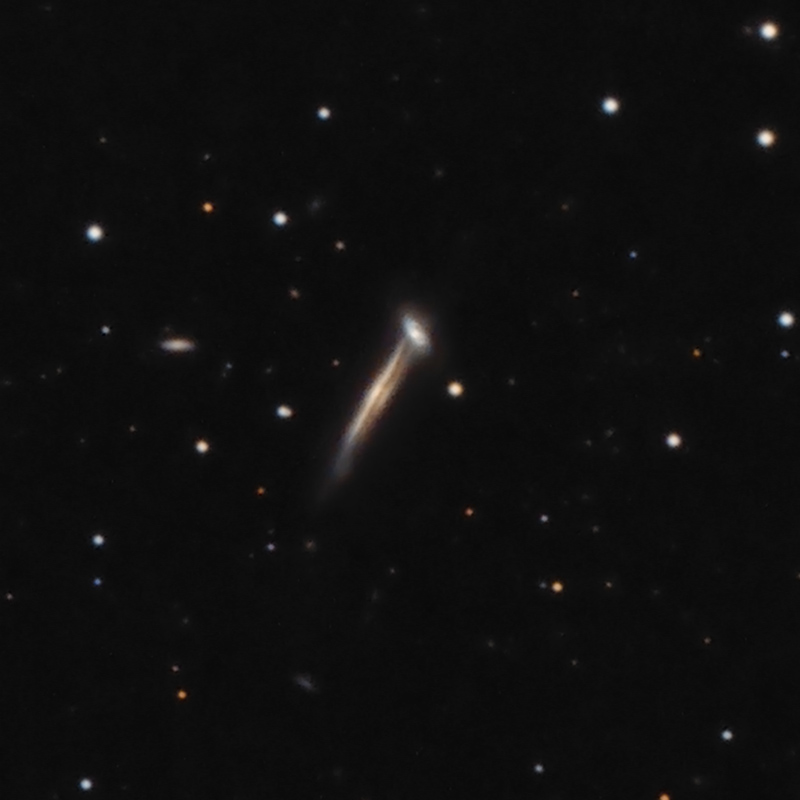 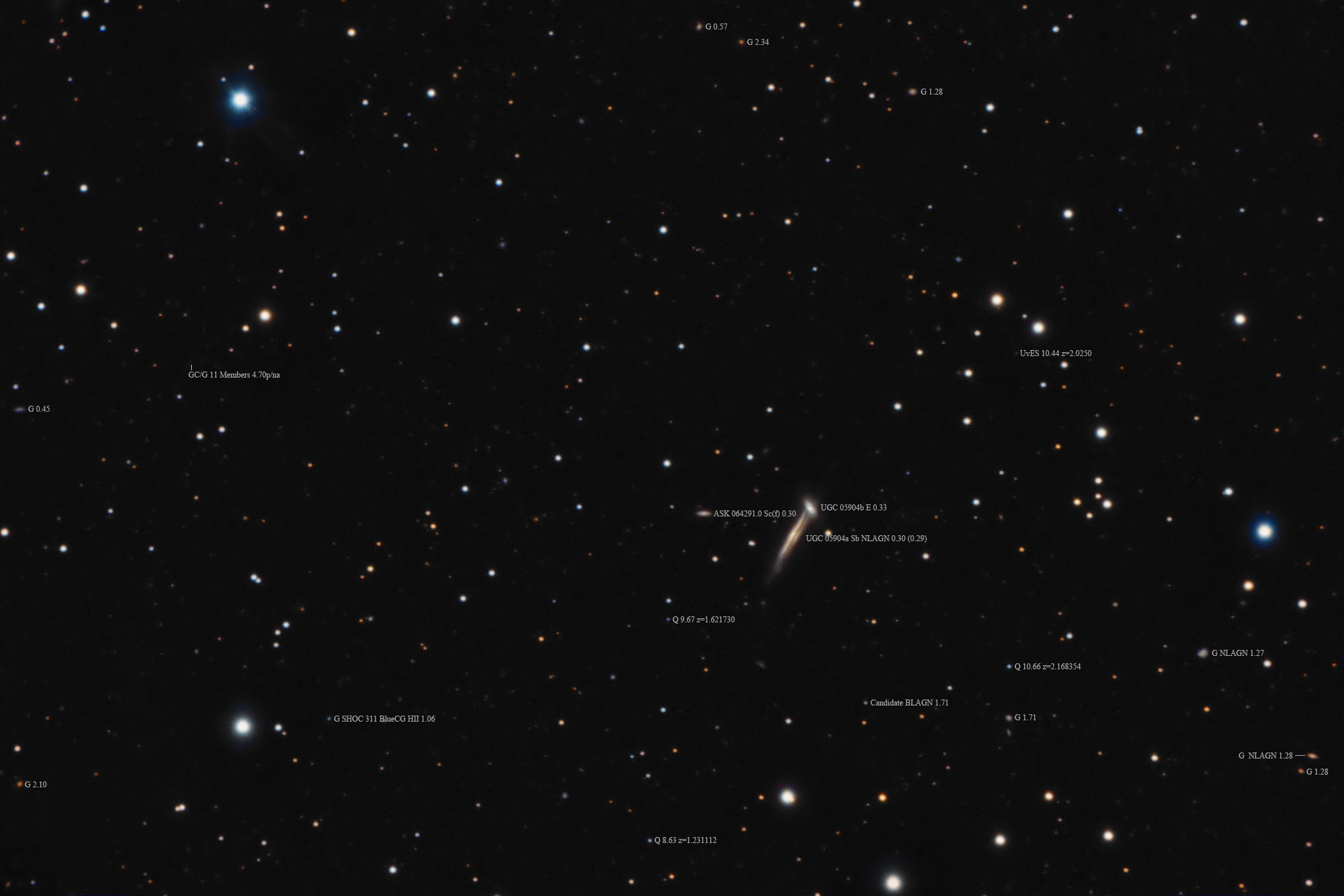