UGC 6309 is a strange galaxy in Ursa Major south of the bowl of the \"Big Dipper\" portion of the constellation, 140 to 160 million light-years away. It is classed as SB?. It certainly is a barred spiral so that can\'t be what the question mark is questioning. Maybe it is referring to the odd arm structure that really doesn\'t fit the a, b, c, d classification system. Also, it has plumes off the northwestern side. Barred spirals often form pseudo ring structures with the arms coming off the ends of the bar overlapping to form a ring though each only covers a bit over 180 degrees. Here things are somewhat screwed up. The northwestern bar forms a ring-like arm but it is distorted beyond the end of the southeastern bar. The arm coming off the southeastern bar is strange indeed not smoothly translating into the ring. It is either short and ends at the ring formed off the other bar or hits that point at right angles and making a sudden 90 degree turn and then overlapping the arm from the northwestern bar which may end up making a full 360 degree ring. Since the two overlap its hard to tell. In any case, the ring is very egg shaped. Then there\'s the huge rather faint plume going beyond the ring to the northwest. All this would indicate the galaxy has had an interaction with another galaxy. Though except for MRK 1445 and ASK 184885.0 both to the southwest there are no candidates. Being a blue compact galaxy it is possible MRK 1445 may be involved or else UGC 6309 has merged with a small galaxy though no sign of it remains I can detect.

All objects NED listed with redshift values are noted in the annotated image. If identified only by its coordinates I\'ve just labeled it G or Q depending on if it is a galaxy or quasar. One is listed in NED as both so carries both labels. It\'s PSF on my image is a bit different than that of a star but not quite that of a distant galaxy. I suspect I picked up mostly the point source massive black hole quasar at its core plus some hints of the galaxy it is in resulting in a PSF that isn\'t quite correct for either at my resolution level. 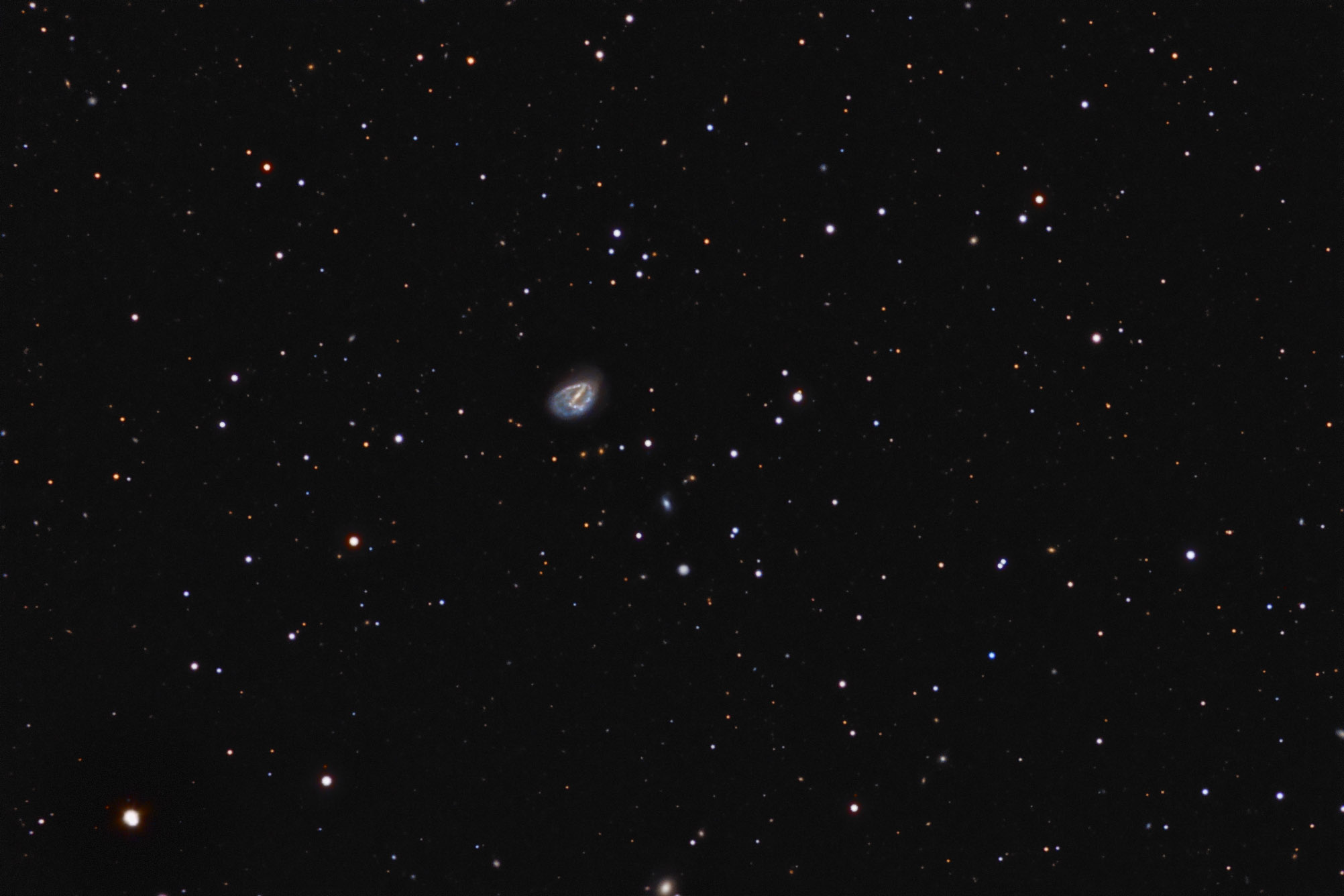 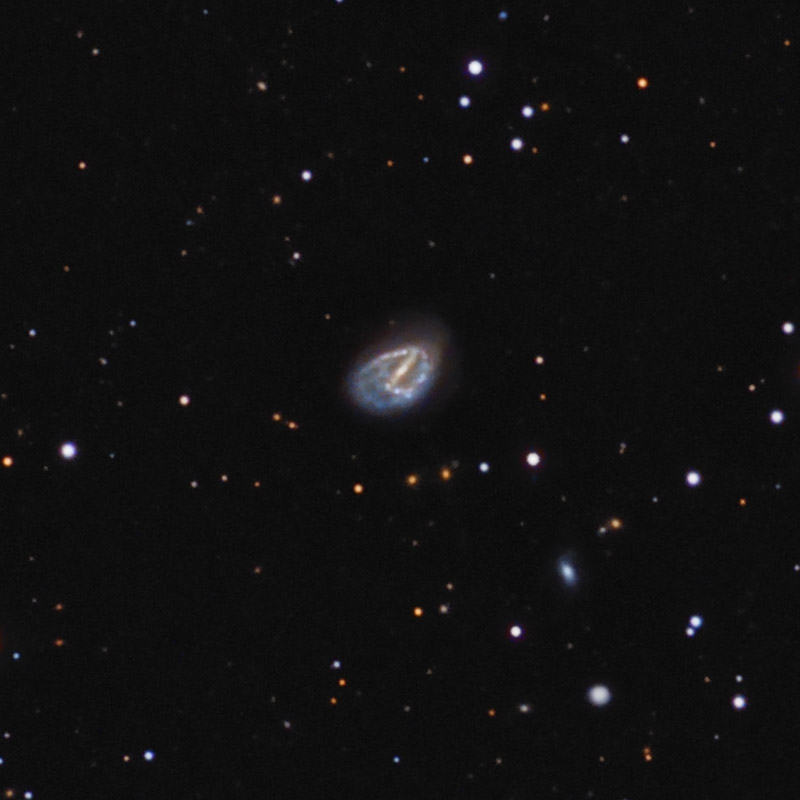 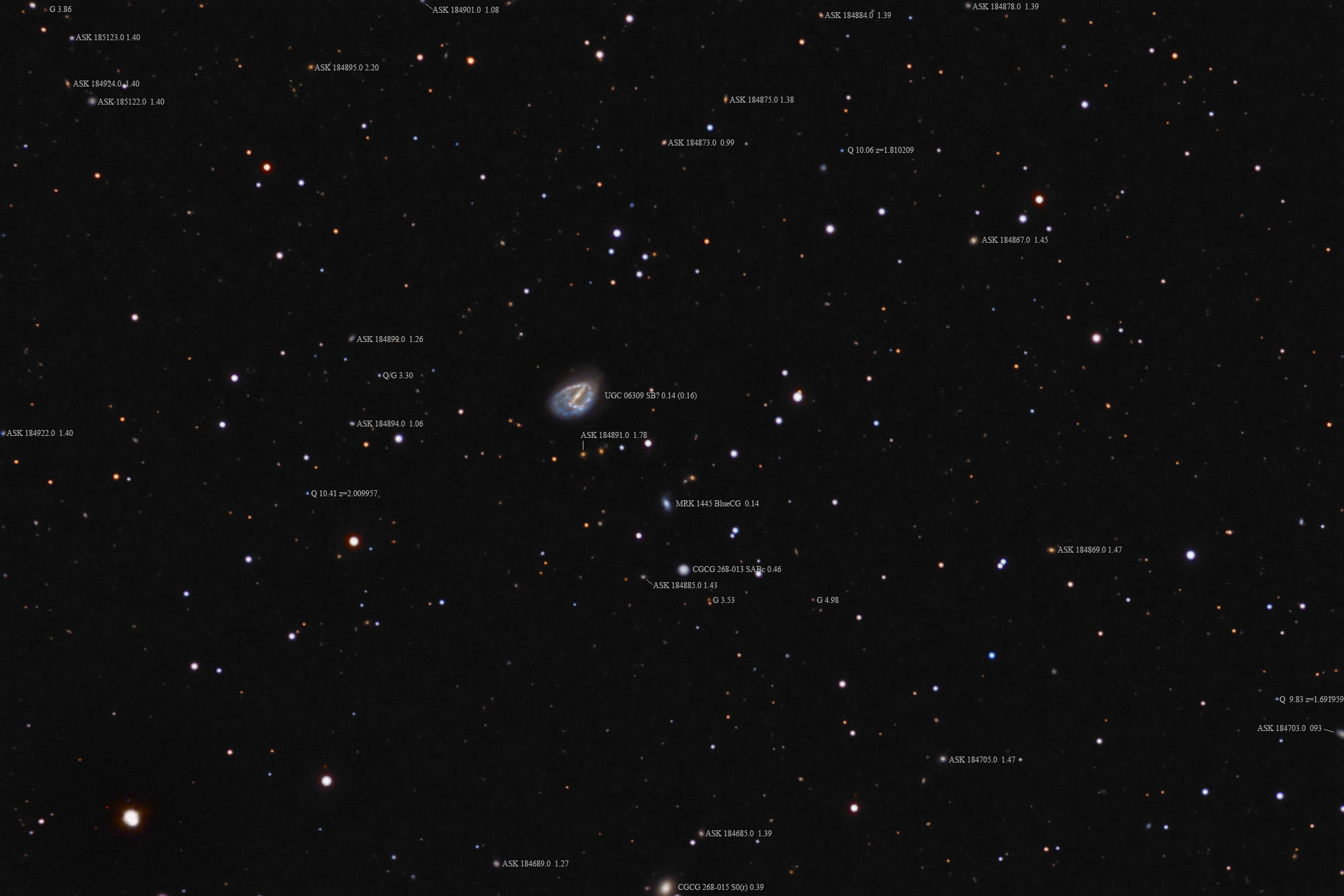