UGC 06433 is cataloged as a peculiar galaxy. While it resembles a typical irregular galaxy it has plumes not usually seen in irregular galaxies. Also, the starlike objects seen at each end of it are star clouds in the galaxy rather than stars in our galaxy. The entire galaxy, even its core is more blue than red. That would seem to indicate it has very recent new star formation that happened everywhere in the galaxy. I find nothing in my image area that could have caused this. PGC 035127 is at the same distance but seems too small and undisturbed. ASK 521631.0 and UGC 06428 have the same characteristics that rule them out as well. Looking beyond the field NGC 3652 at 100 million light-years comes leaping to the forefront of possibly interacting galaxies. It is a rather \"Z\" or \"N\" shaped galaxy also of a stronger than usual blue color. It\'s only 38 arc minutes from UGC 06433. If I\'d planned better I could have mosaiced the two but I didn\'t frame them right as I wasn\'t thinking of the two being possibly connected. I find nothing in the literature connecting the two but NGC 3652 is the only possible interacting galaxy I could find. Of course, it could have merged with a small galaxy. I suppose it may not need a cause for the recent star formation but almost always it is due to some outside interaction.

The rest of the field is rather typical with nothing surprising seen. Due to cloud issues, one green frame was unusable. That color is the one to hit if one has to be hit. I don\'t think having but one green frame hurt the color any.

This field is located by the back leg of Ursa Major. Being so high above the ecliptic it\'s not surprising no asteroids are in the image. 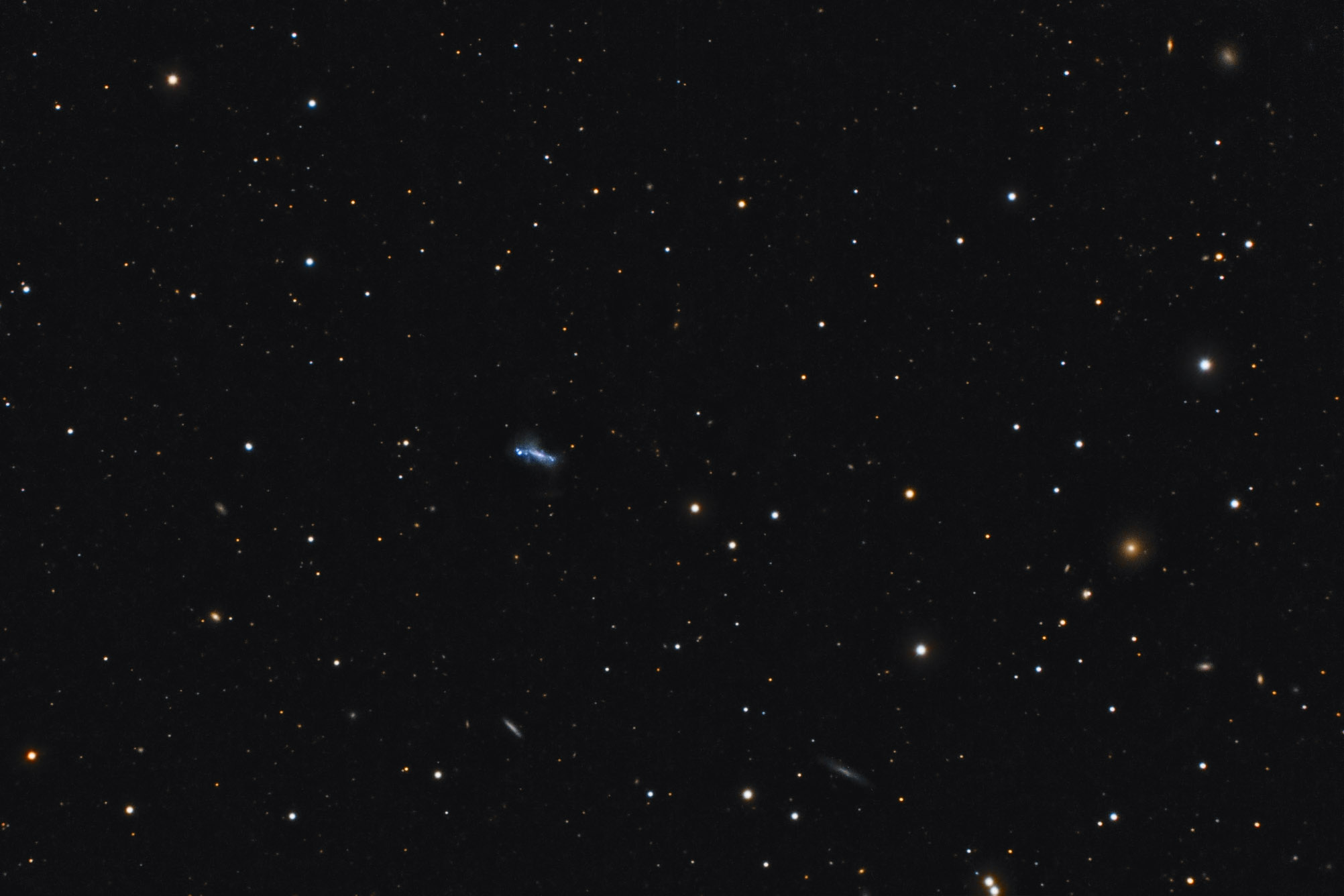 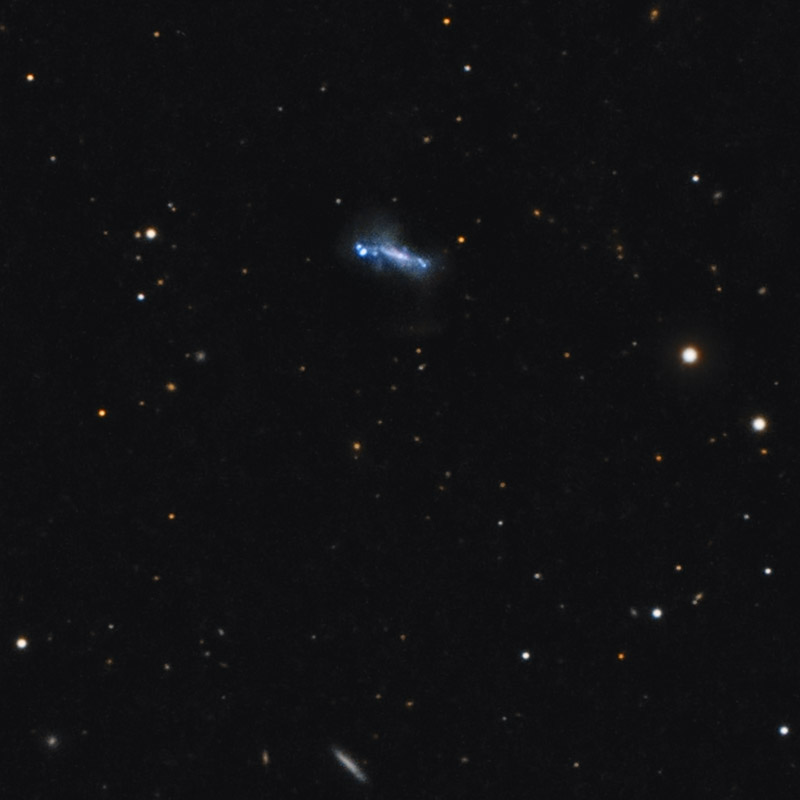 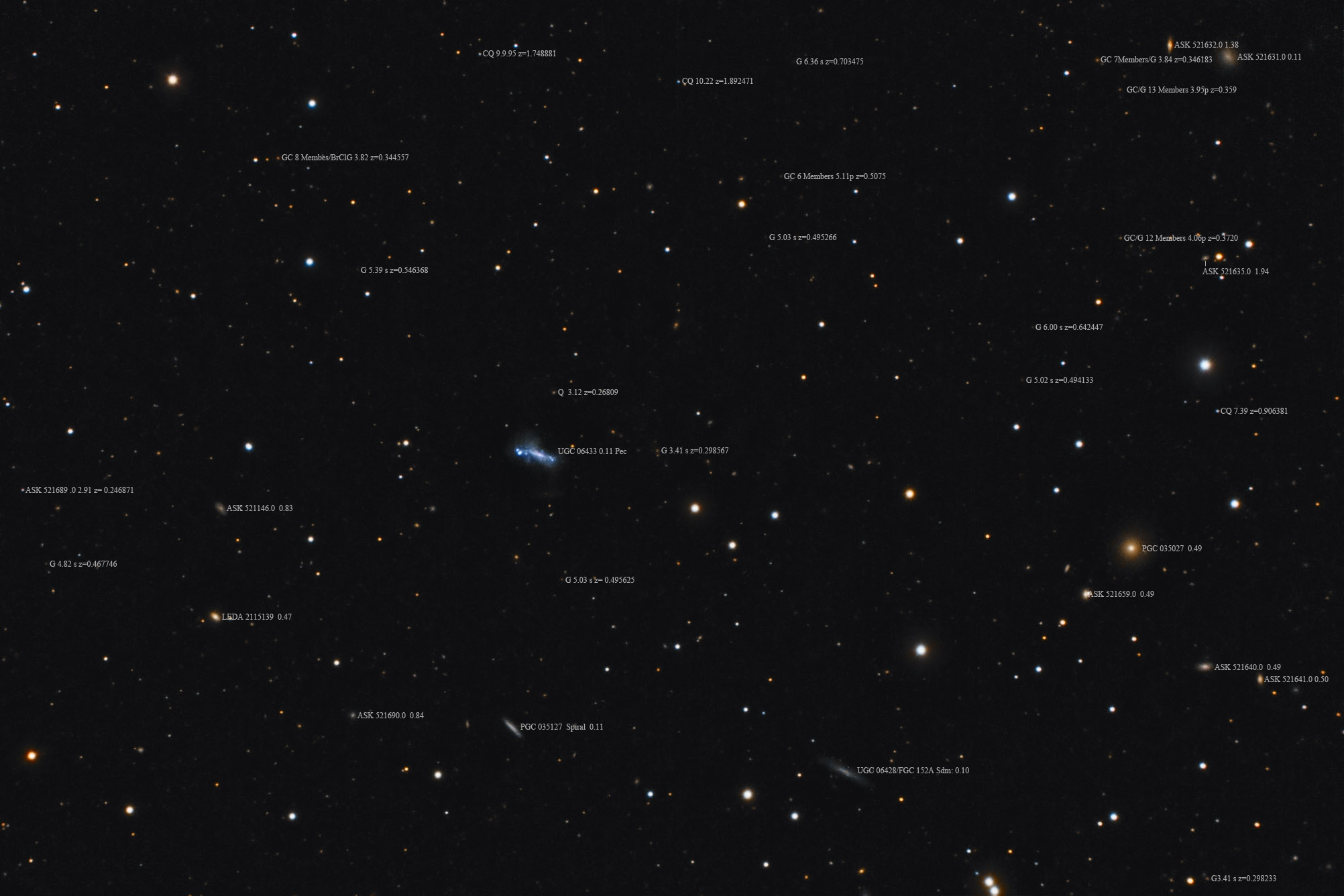