UGC 6912 and UGC 6931 are two interesting galaxies in Ursa Major about 3 degrees west of the double star M 40. Redshift puts them about 67-70 and 62 million light-years away. The difference is likely smaller than this indicates. They may be related in fact. I put UGC 6912 high to pick up both UGC 6931 and the rather \"cute\" galaxy cluster WHL J115556.3+575501 west of UGC 6931 at 2 billion light-years. NGC 6912 is classed by NED as S?. It certainly looks disturbed and would seem to deserve a pec label. I found virtually nothing on this one that attempts to explain how it ended up this way. Seems some sort of recent interaction must be involved. Did it involve UGC 6931? Or is it a merger in progress? Or something else?

UGC 6912 is described in the CGPG catalog as: \"Distorted blue post-eruptive spiral, exploded core, blue knots on spiral arm.\" It certainly has several parts. The VV catalog lists three parts, other catalogs add other pieces. Only one had redshift data. NED considers this Sloan object to be a separate galaxy rather than just a bright knot in the galaxy that the other parts are. If true it seems way too blue to be the core of a merging galaxy. UGC 6935 is classed by NED as SBm with strong HII emission. So it is possible but not a requirement that it has been disturbed by something in the past. I found even less on this galaxy in the literature. SIMBAD lists one paper under both of these UGC galaxies that is labeled \"The gas content of peculiar galaxies: Strongly interacting systems.\"

The galaxy cluster WHL J115556.3+575501 at the bottom of my image at 2 billion light-years is listed as having 24 members. Just below it, out of the frame is the core of the galaxy cluster Abell 1415 which is also shown at 2 billion light years. It is listed as 20 minutes in diameter and of class 1 which contains 30 to 49 members. So it appears WHL J115556.3+575501 constitutes a major part of the cluster. It is classed as BM III which means it has no dominant galaxy. A big cluster galaxy isn\'t necessarily a dominant galaxy. Thus while WHL J115556.3+575501 has a BCG at its location the cluster doesn\'t seem to cluster around it.

There are two main ways of classifying galaxy clusters. BM as used here and RS. BM I has one dominant galaxy in the center. Abell 2199 is a common example. BM II has a pair of dominant galaxies at its core. Think Coma Cluster. BM III has no central galaxy or galaxies. The RS series is more complex. If there is one core galaxy at its center it is labeled cD and the galaxy is a cD galaxy. B means a binary system. So these are similar to the first two BM classes. But the RS system goes further. L means a line of bright galaxies, C a core of more than 4 bright galaxies, F a flattened distribution (that is the cluster has an even distribution not that it is flat like a piece of paper) and I for irregular with no obvious core region with a blotchy distribution rather than a \"flat\" one. That would be similar to many BM III clusters including this one. BM is Bautz-Morgan and RS Rood-Sastry. Didn\'t help much, did it? There are other systems such as Zwicky type which is simply Compact, Medium-Compact and Open. They can be classified by shape: Spherical, Intermediate and Irregular for instance. Many others can be found in the literature. 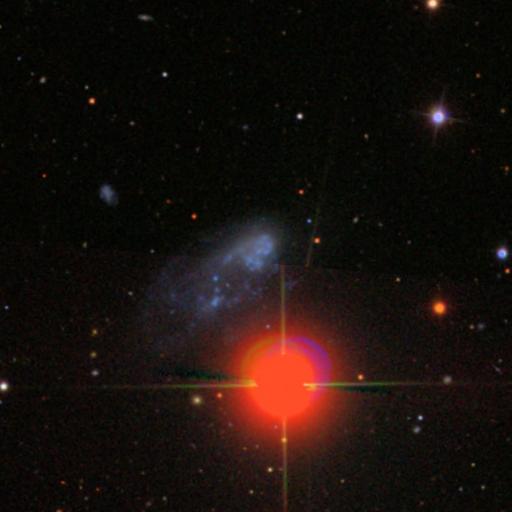 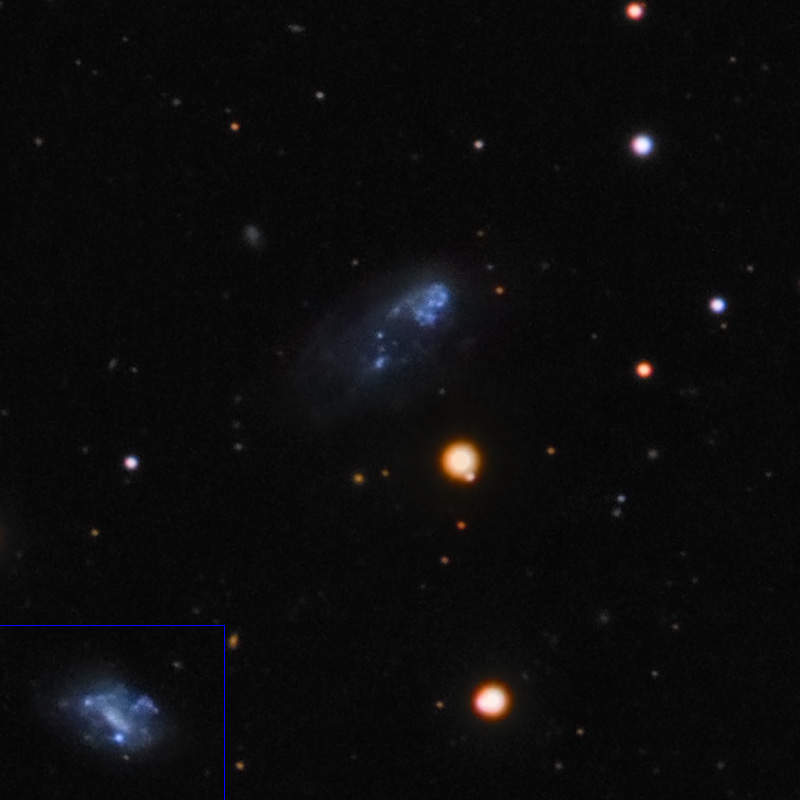 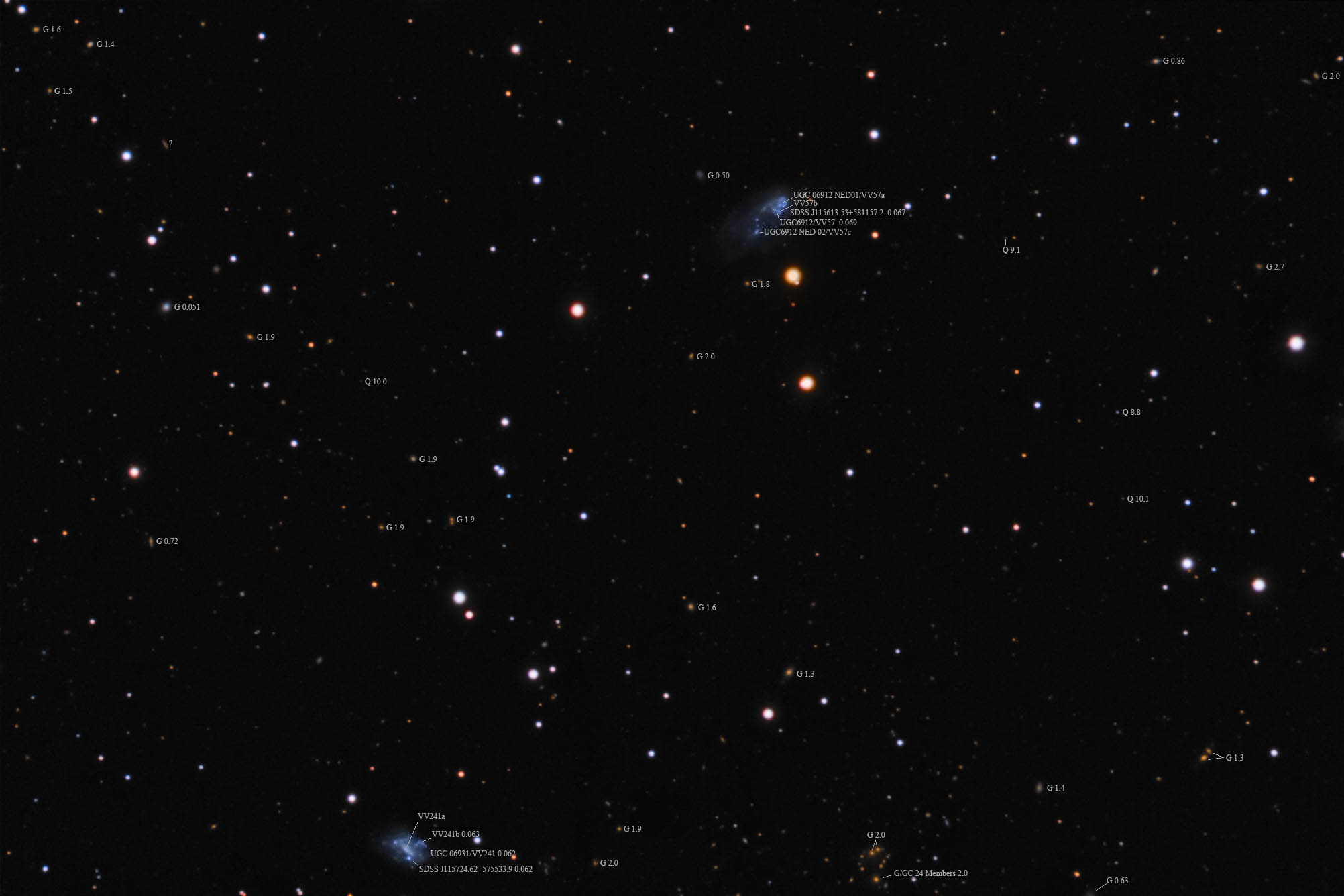 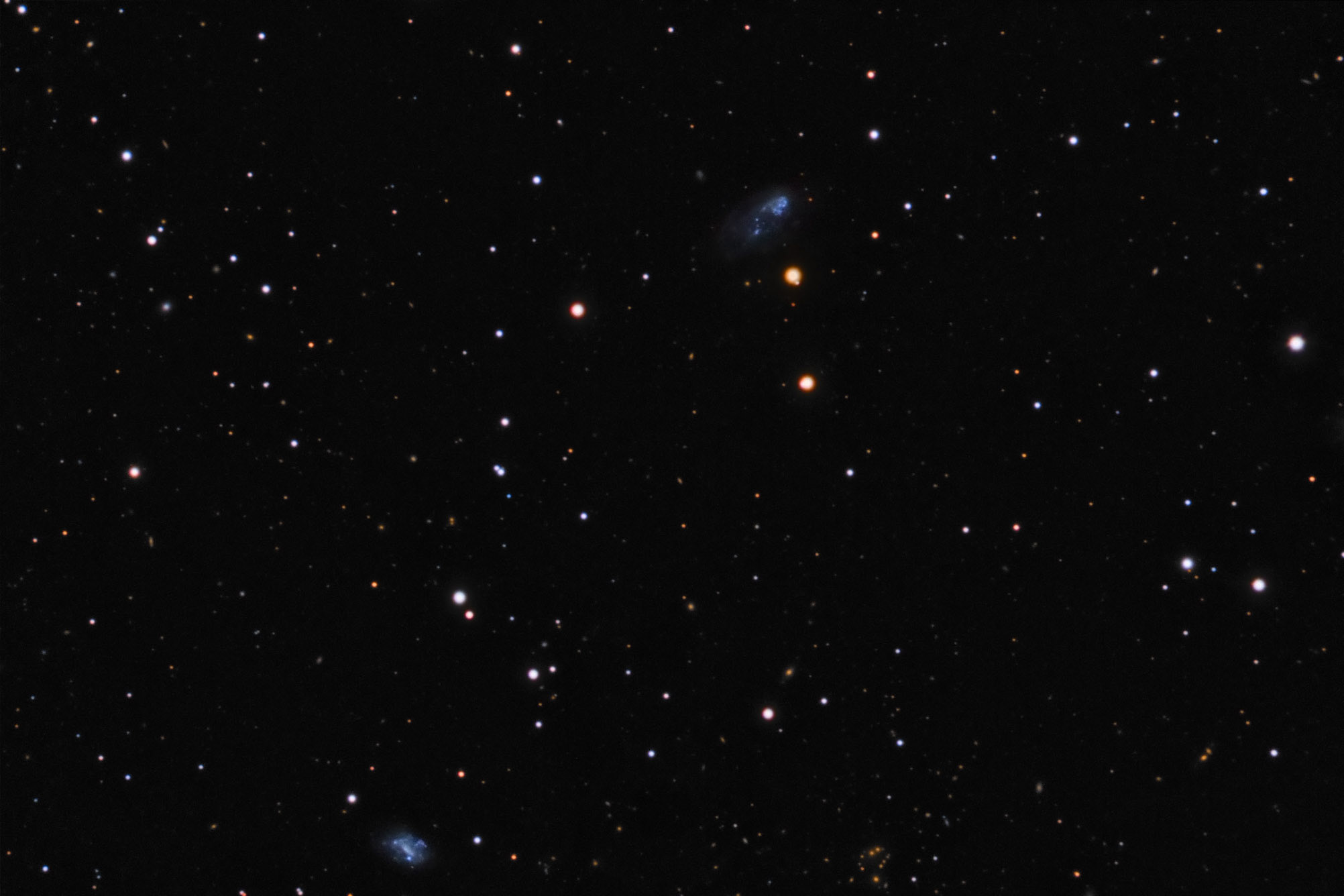