UGC 8584 is a triple galaxy about 810 million light-years away. It is in Virgo, 10.5 degrees north of Spica so a bit low for good resolution at my latitude. The three are labeled 8584A, 8584B and 8584C north to south. To the west of C is another something. Is it a fourth member, a plume or a separate galaxy. I lean toward it being an unrelated galaxy though with its apparent off-center core I\'m unsure of this. NED gives it its own entry which I\'ve put on the annotated image, SDSS J133613.40-010229.8. Without any redshift data, its relation to the others is hard to determine. I found no mention of it in what few references to this trio I looked at.

The northern galaxy, NGC 8584A or NED01 in NED terms is PGC 048009 and is classified as Sc(f) HII. The (f) for it being flat. It appears in two parts a red part to the north and a blue segment to the south. The middle galaxy 8584B or NED02 is classified as E? pec HII. It is also listed as GNA 010. The southern one, also listed as [FNO2007] 1528 is classified simply as Sb HII. Odd considering the long plume coming off its south arm and other distortions that may or may not include SDSS J133613.40-010229.8. I started to include all this in the annotated image but things got so messy I gave up so am listing it here. The chain is about 400 million light-years long by my measurement including the southern plume from UGC 8584C.

Being 8 degrees north of the ecliptic I rather expected asteroids. There are four in the image. Only one is named. Its naming citation reads:

As a reminder of my shorthand CQ is for Candidate Quasar. NELG is Narrow Emission Line Galaxy and UvES is for Ultraviolet Excess Source which is a candidate quasar whose distance is determined photometrically. Some stars can mimic great redshift when measured this way so these are a bit questionable. I\'ve tried to include only those I think are likely quasars, same as with Candidate Quasars.

The weather here has been iffy so I\'ve saved green to last as I can compensate for green being weak. In this case, clouds hurt the one green frame I did get and blocked my attempt at the second. With no satellite issue, I told the system not to reshoot the green. I don\'t think color suffered due to this. 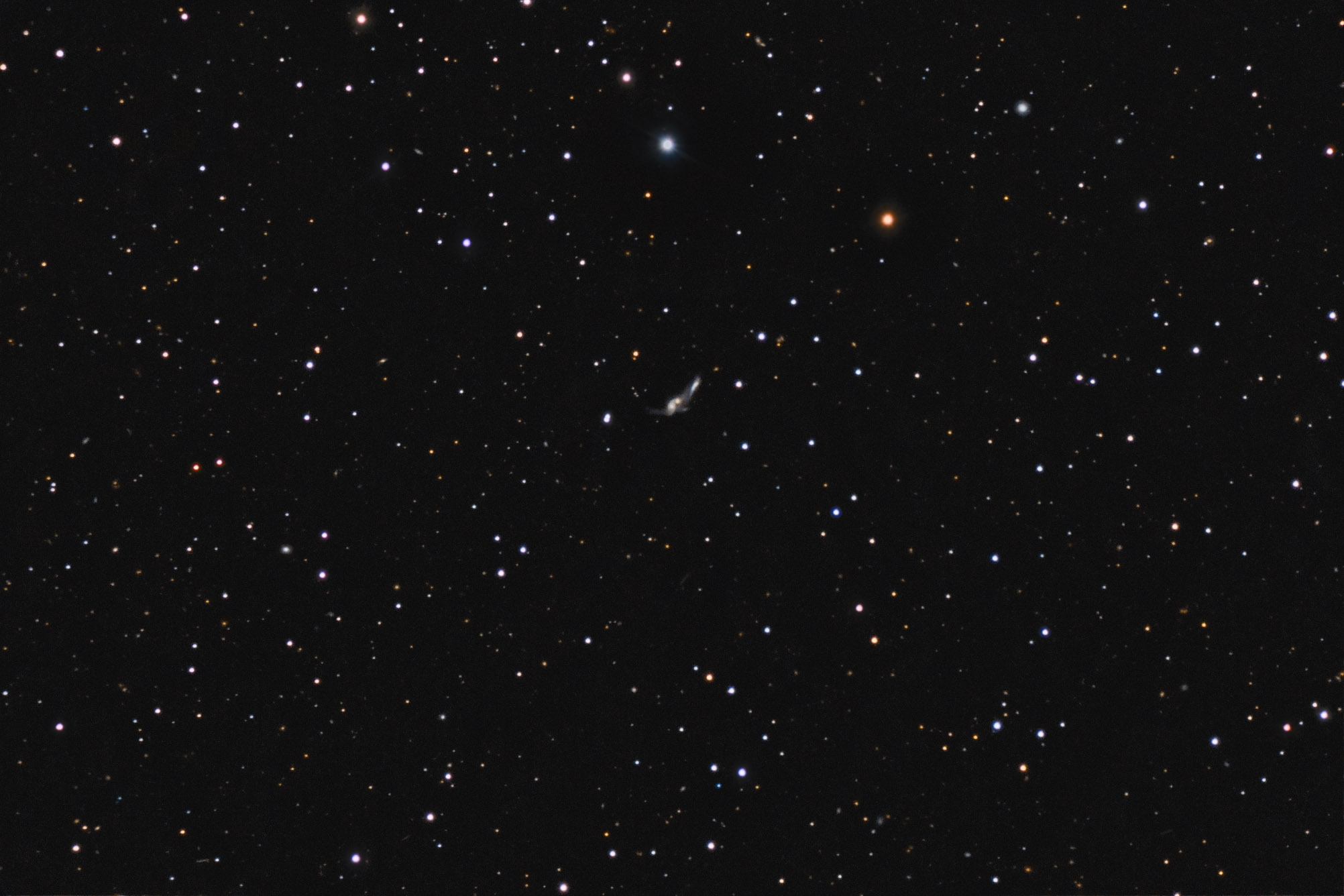 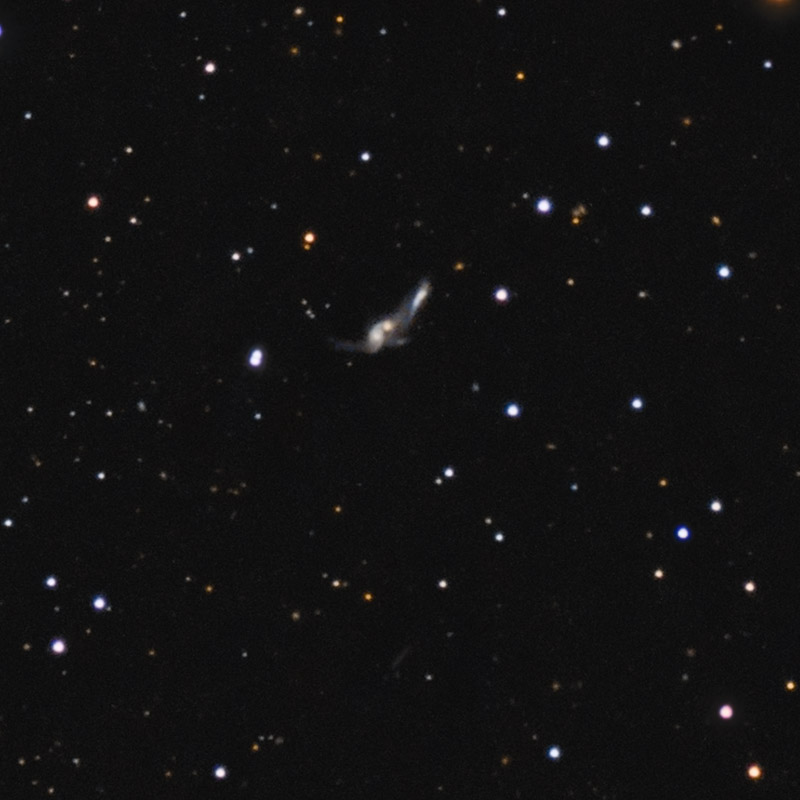 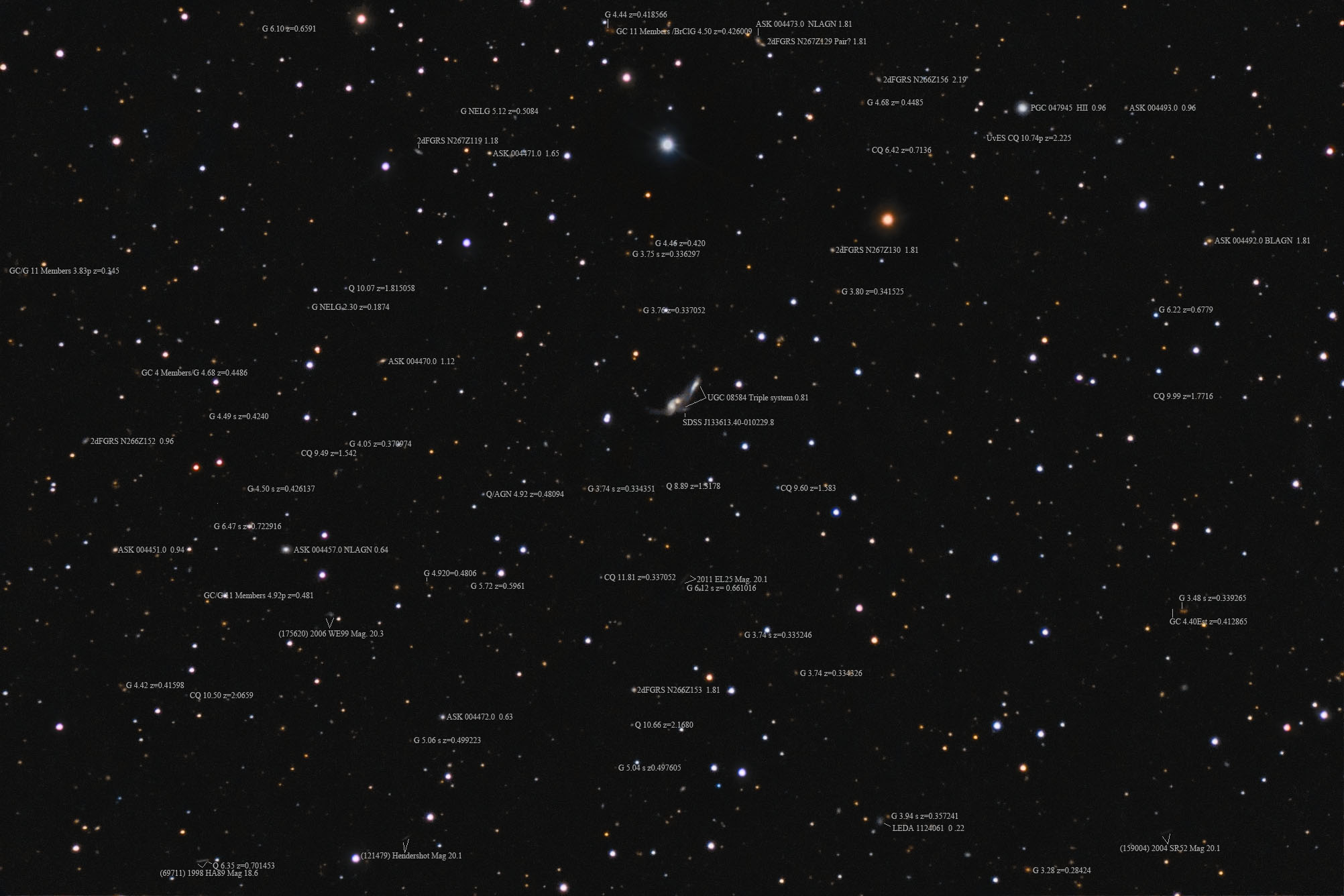