UGC 9240/DDO 190 is an irregular dwarf galaxy in Bootes. It is a nearby galaxy being only some 9 billion light-years distant and easily resolved into stars by the Hubble Space Telescope as well as ground-based scopes. I\'d hoped to get some resolution but my seeing just wasn\'t up to it thanks to my lousy weather for most of 2013. I\'ll save my fingers by referring to the article on it at the Hubble/ESA website: http://www.spacetelescope.org/images/potw1233a/ .

The other dwarf galaxy, DDO 187, mentioned in the HST article is one I\'ve imaged under the UGC 09128 designation, again on a poor night.

There are a lot of faint fuzzies in the background but most didn\'t have redshift data. All that did are listed on the annotated image. 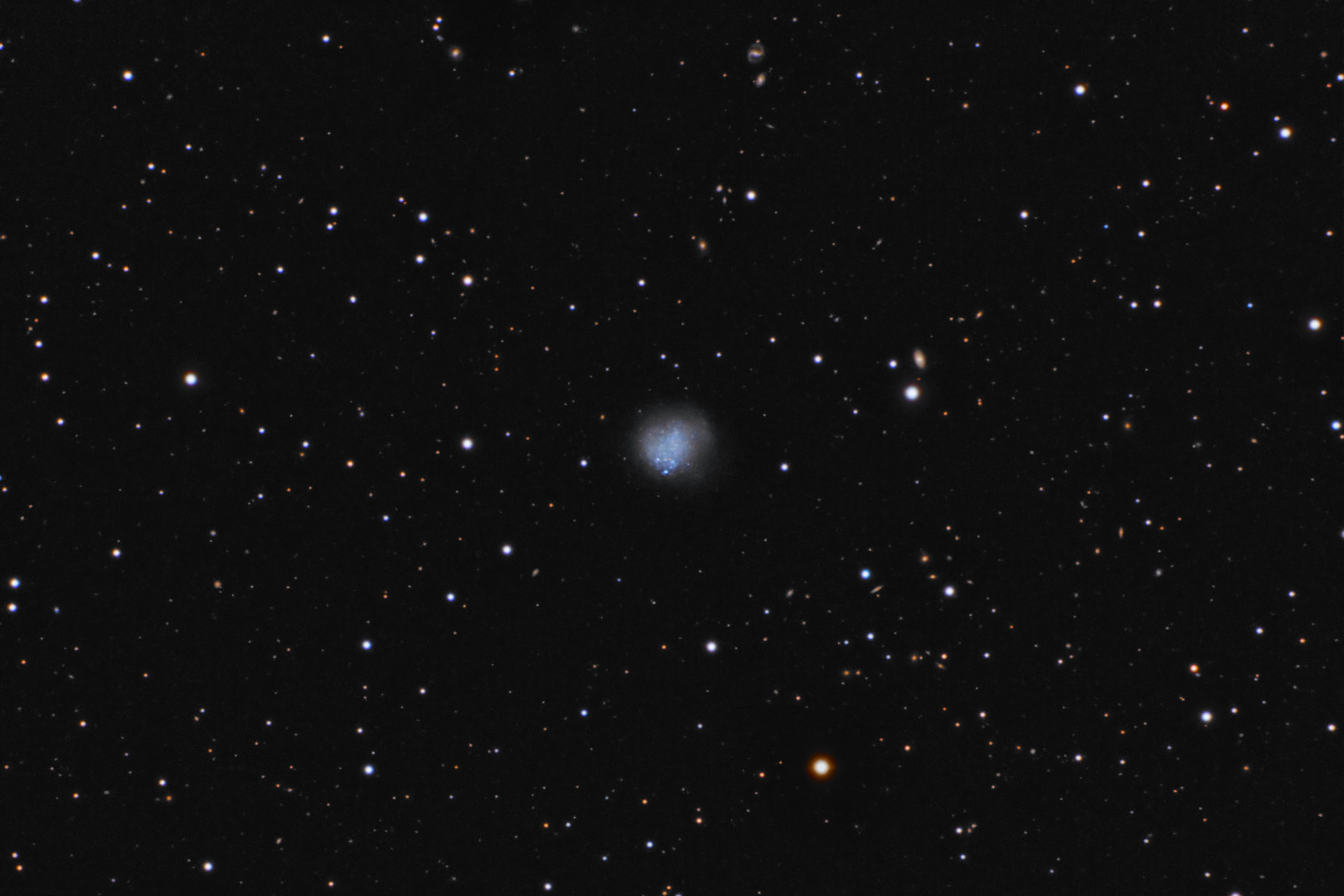 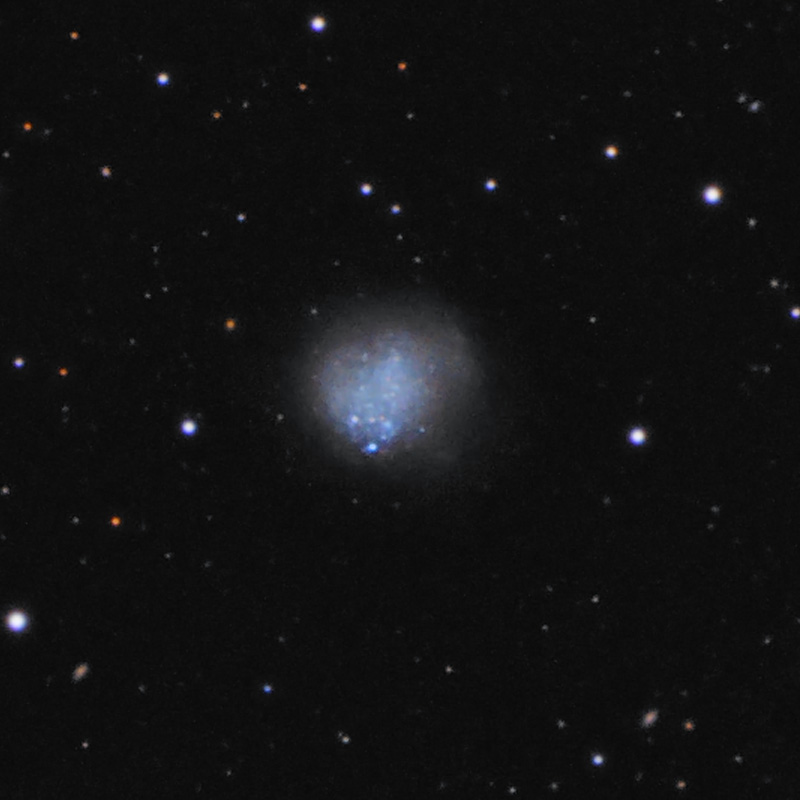 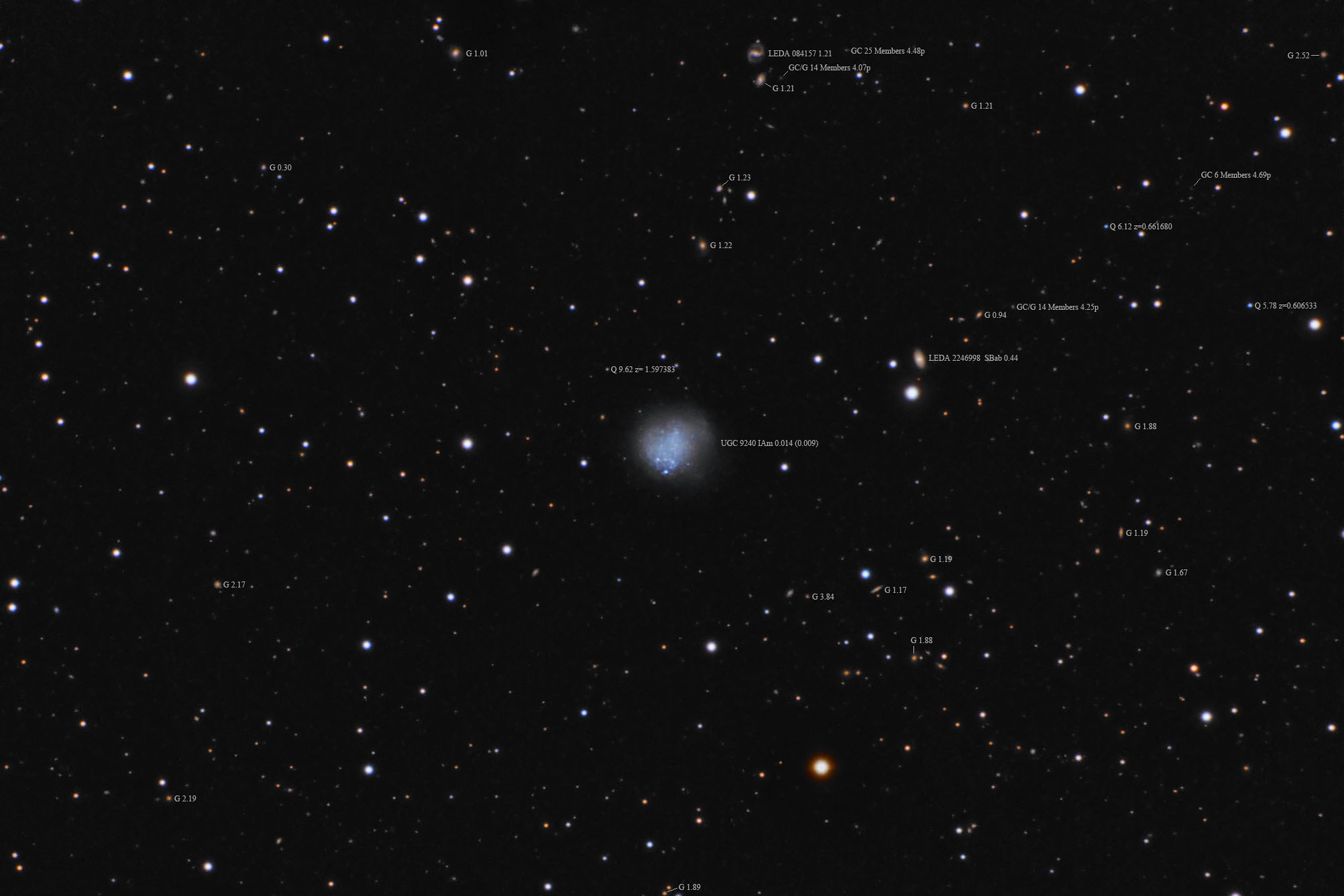