UGC 9764 aka PGC 54150 is a low surface brightness barred spiral. NED classifies it as SB(s)dm. Its arms seem to just fade away with traces going quite far east and west. Its distance seems as obscure as its size. Redshift puts it a bit over 100 million light-years away while Tully-Fisher says 120 to 320 million light-years. A rather large range. Using the closest distance it is still 92,000 light-years across measuring the obvious portion of the galaxy. Faint outer parts make it some 120,000 light-years or even larger. Considering this would make it over 300,000 light-years using the larger (and more modern) measurements I have to go with the closer distance and thus more reasonable size. It is located in Draco just under Ursa Minor.

Being so far north there\'s little research on this field. Only CGCG 318-023 in the lower left corner has a redshift value at NED. That puts it some 620 million light-years distant. That makes it a huge elliptical like galaxy with a diameter of about 200,000 light-years. I say elliptical like as I couldn\'t find any classification for it. While the Sloan survey covers the very left side of the image it has no redshift information and omits the brighter galaxies for some reason. Two candidate galaxy clusters are listed at NED but their position is vague and I find nothing at their position. With so little information I didn\'t prepare an annotated image. 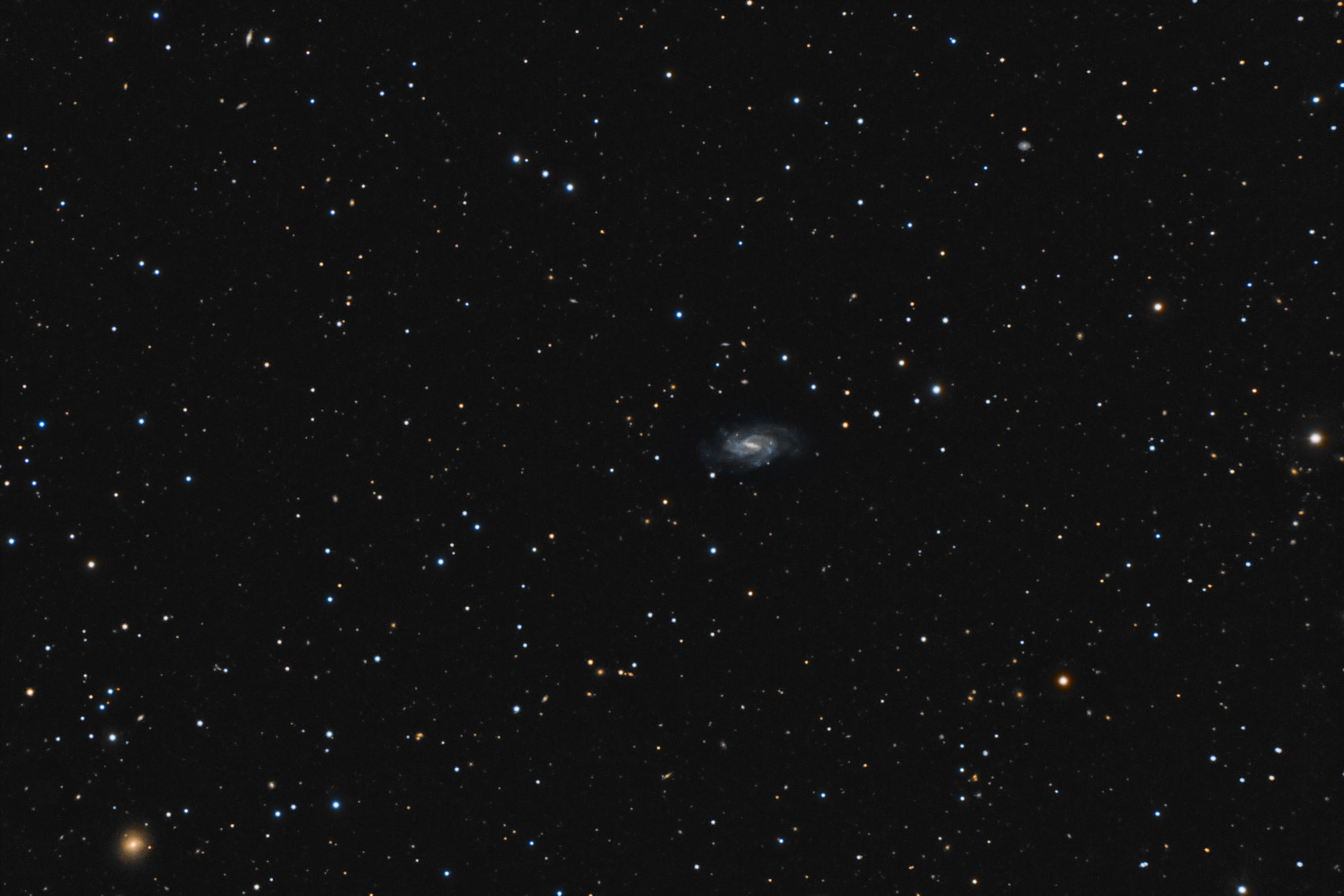 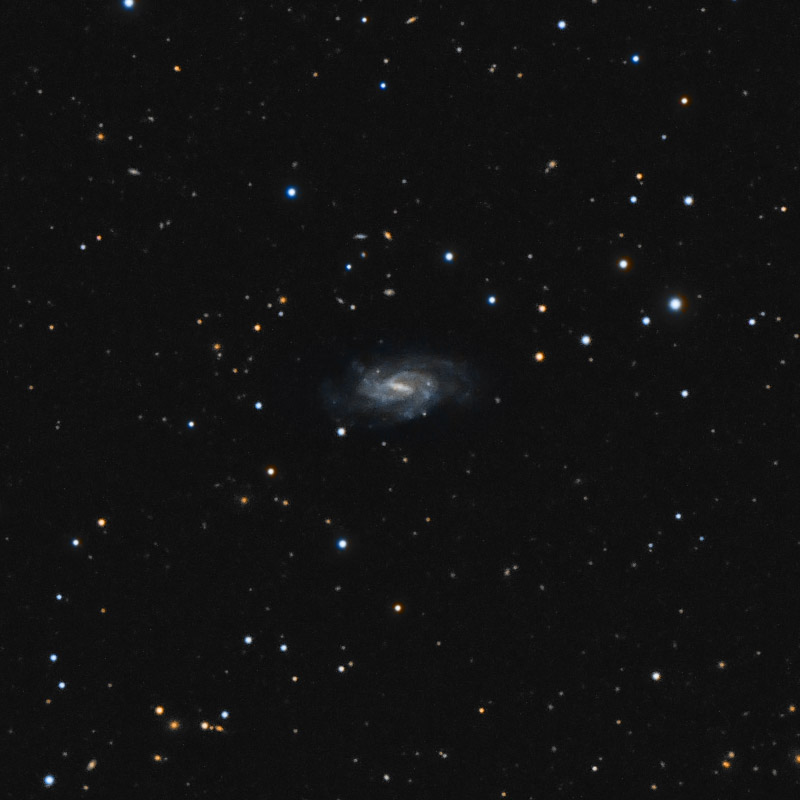