UGC 10445 is an Sbc, dwarf, starburst, spiral galaxy in western Hercules about 46 million light-years away from us by redshift. Three non-redshift measurements put it over twice that distance if their median value is used. But with only three measurements, two of which are from the same data I don\'t trust it. If the 46 million light-year distance is adopted this galaxy is about 35,000 light-years across. Even that is big for a dwarf spiral. The larger distance takes it out of the dwarf range completely. Another reason I prefer the lesser distance. While a starburst galaxy it has little HII emission indicating the starburst activity is mostly hidden behind thick dust clouds. The galaxy appears rather isolated. Only three other galaxies with similar redshift lie within two degrees of UGC 10445. They are all much smaller and fainter by comparison. It appears the galaxy managed to become a starburst galaxy without the help of an interaction with another galaxy. This is quite possible.

With 5 quasars or quasar candidates (UvES) in the field. It is rather well endowed with these distant objects. 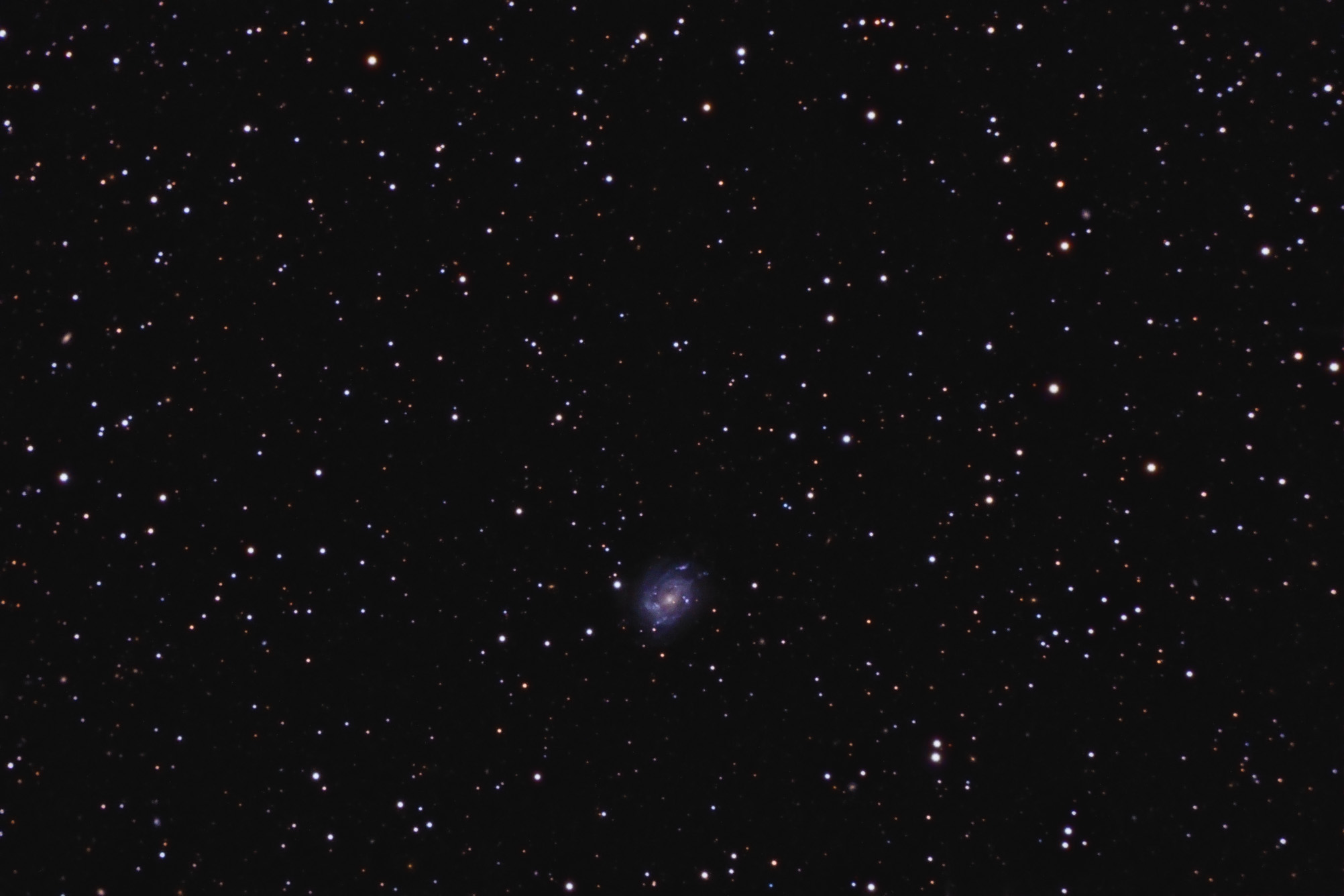 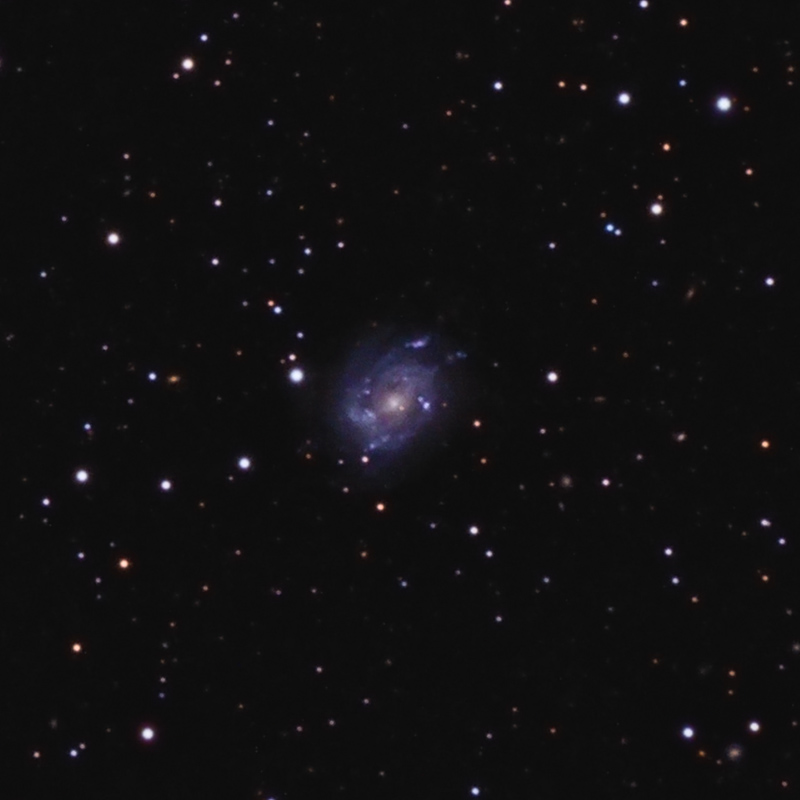 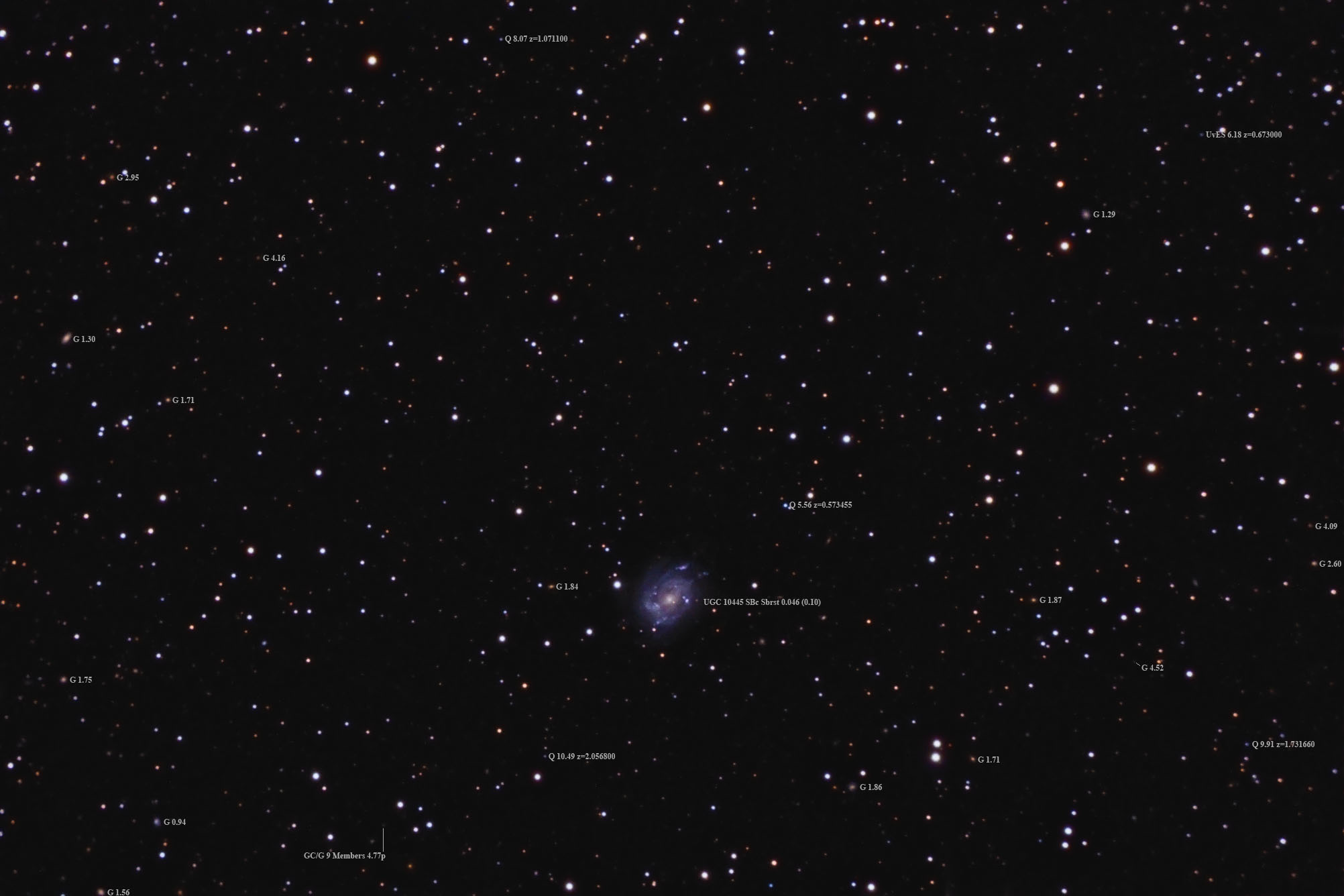