UGC 12591 is a near edge-on galaxy in the belly of Pegasus about 300 million light-years distant by redshift. Though non-redshift distances vary greatly they average about 400 million light-years. In this case, I think the redshift measurement is closer to the correct value. It\'s not much to look at but very interesting scientifically which is what put it on my to-do list.

This galaxy was studied in an attempt to find the missing baryon matter in the universe. This has nothing to do with dark matter nor dark energy. It dates back to the big bang which should have created twice the baryonic matter than we see. One idea was that it was hiding in hot galaxy halos. Two galaxies with such halos, NGC 1961 and UGC 12591 were studied by the XXM-Newton X-ray telescope in an attempt to find this missing matter. It came up empty. The halos contained the expected amount of baryonic matter not the excess hoped for. Then, just recently, some, but probably not all, of the missing matter has been found in streams between galaxies. It was this study of UGC 12591 that put it on my to-do list. That and its very dense, red dust lane.

A short article on where much of it was found is here: https://phys.org/news/2017-10-teams-astronomers-evidence-baryonic.html

While the galaxy has been studied, at least in X-rays, the field hasn\'t. Only one other galaxy in the field has redshift data. NED had only one other object in the field with redshift data but it is slightly blue shifted and appears to just be a very hot blue star in our galaxy that is emitting a high level of ultraviolet light due to its extreme temperature. I marked it since there was nothing much else to annotate. Nothing else even had a magnitude listed and all only had their position for a name. 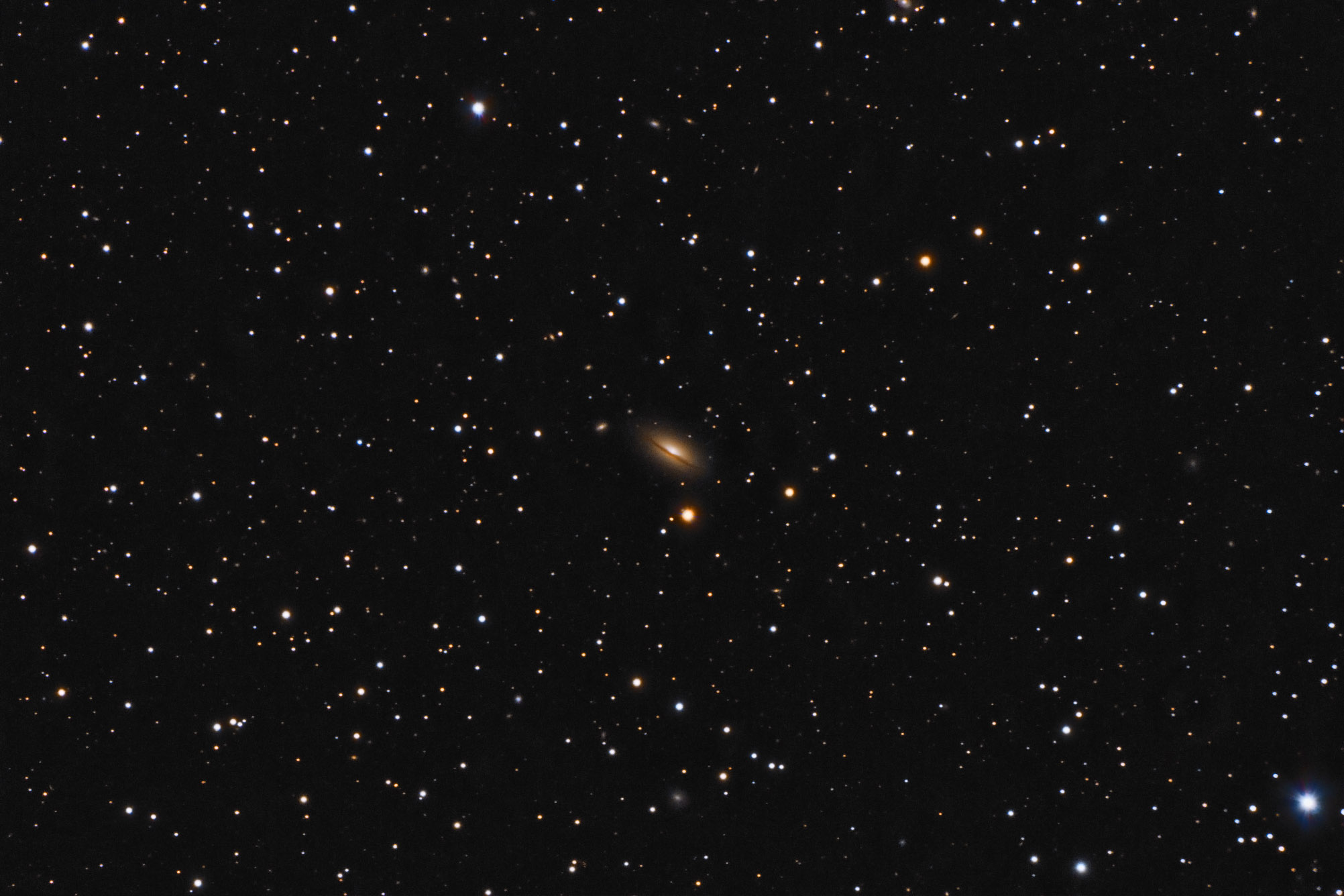 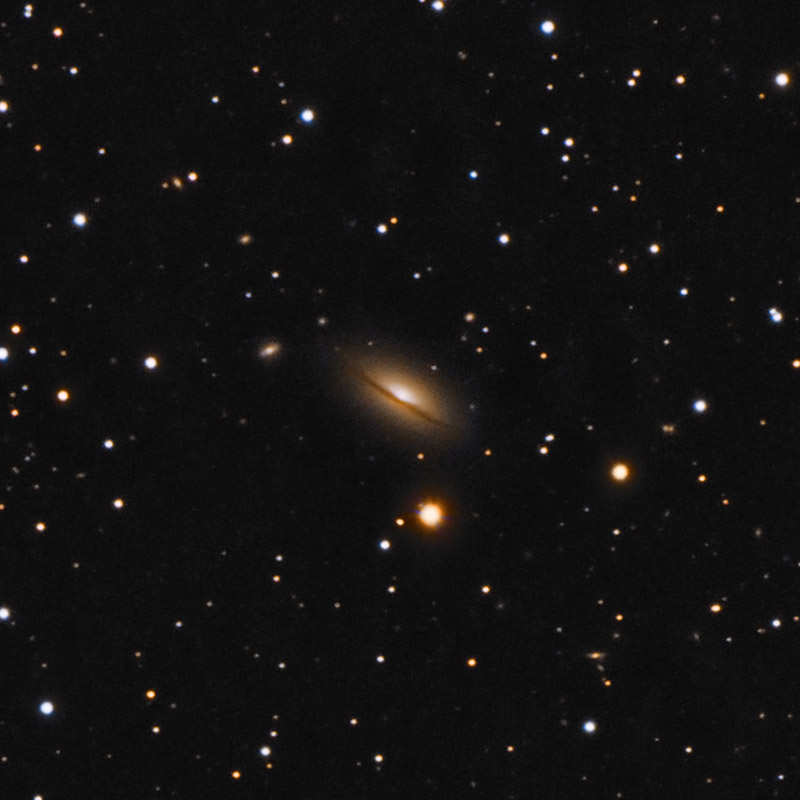 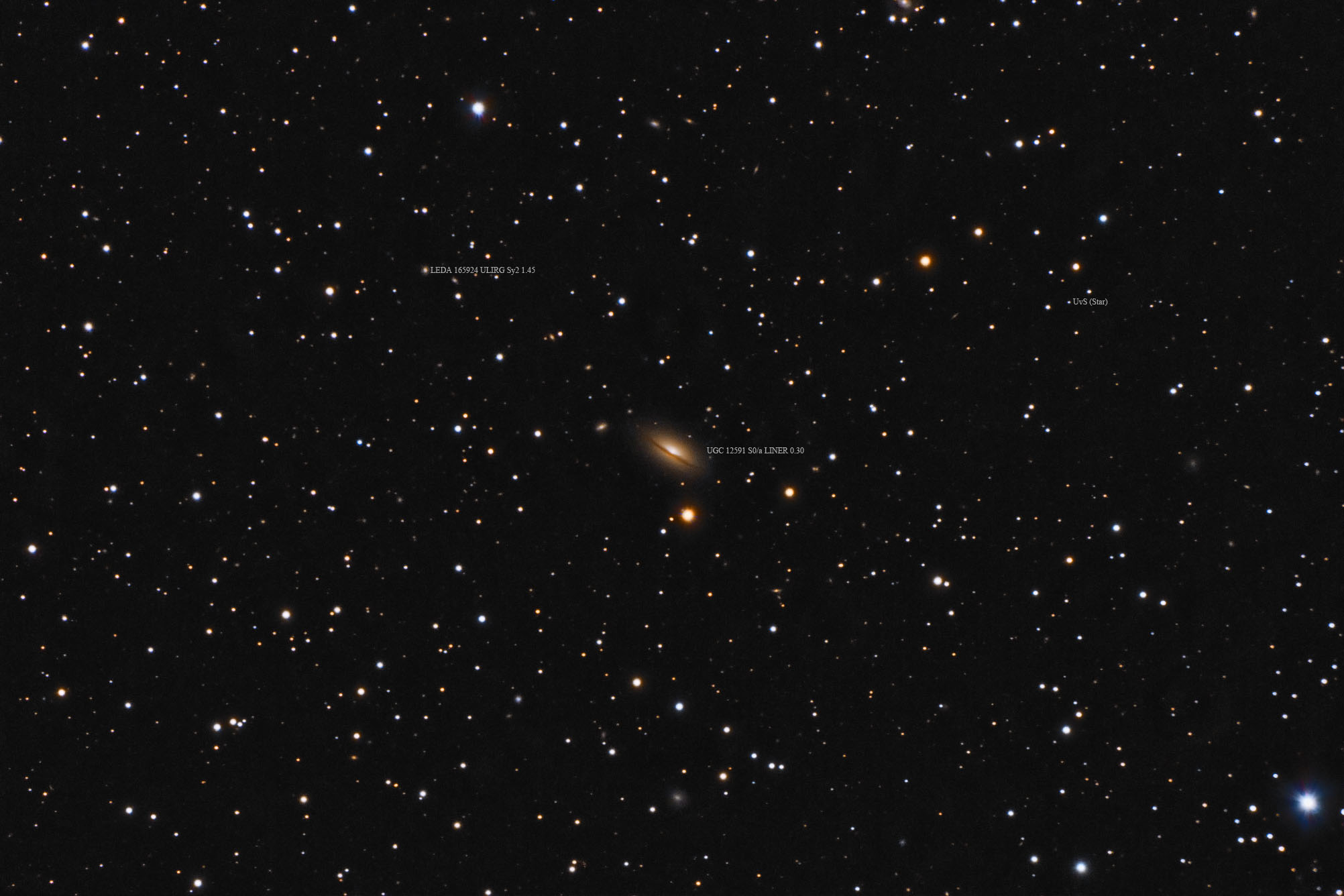