I\'ve been covering Arp Galaxies but still had many to go when this was written. They are usually very interesting but aren\'t the only interesting galaxies out there. Arp missed the Taffy Galaxies. No they aren\'t named after someone named Taffy. They are named after the candy! They come in pairs as they are interacting galaxies. Only two pair are known. Both discovered by the same team of radio astronomers. The first in 1990 and the second in 2002. They get the name from their appearance in radio \"light\" rather than visual light. It seems they are the result of a direct collision of two galaxies, not just a side swipe as most are. When galaxies collide the stars in them don\'t collide. The space between stars, even in the cores of galaxies is so great they pass right by each other and if the speed is high enough gravity has little time to act and their orbits around their galaxies are hardly disturbed. Thus it is possible for two high speed galaxies to collide and not much involving the stars happens. No tidal arms for instance which require time to develop. But things are different for gas clouds in the galaxies. They can collide. If they have strong magnetic fields (magnetism is trillions of times stronger than gravity -- for instance a small magnet can counter the gravity of the entire earth pulling on a pin, the earth\'s gravity easily losing this tug of war) they can get entangled in the collision. Instead of a tidal arm of stars you get a magnetic arm of gas between the two galaxies. These are twisted by the twisted magnetic fields much as a candy maker twists taffy, hence the name. So far only two pairs of such galaxies are known. I\'ve now managed to image both. So while I have years to go to get all Arp galaxies I\'ve now captured all taffy galaxies.

This is the first pair to be discovered. The first pair discovered is UGC 12915 and UGC 12914 east to west (left to right). Here there is some visual evidence of the molecular connection between the two we can see visually. Note the very faint reddish band between them. This is very similar to the few Extended Red Emission nebula I\'ve featured. Dust pulled from these clouds by the taffy connection is glowing from the ultraviolet light of hot stars in the two galaxies. This isn\'t ionized hydrogen as the ultraviolet light isn\'t sufficient for this but it can light up the dust pulled out along with the gas from the collision. This pair is about 185 million light years distant. UGC 12915 (left) is a Sc LINER galaxy according to NED while they show UGC 12914 as (R)S(r)cd: pec LINER. Both show some distortion from their collision. I measure the size of UGC 12915 at 75,000 light-years and UGC 12914 at 125,000.

The image was taken under rather bright skies due to some ground fog and strong air glow. This limited how deep I could go. I see hints of plumes from both of these in the raw FITS data but it was just too noisy to survive processing. The sizes could be larger if these plumes are real. 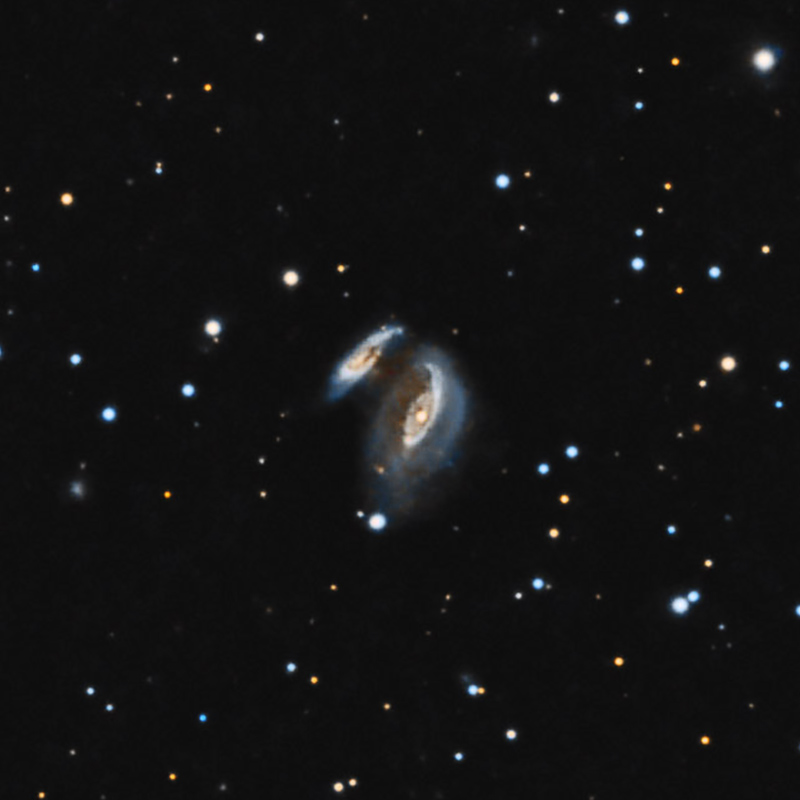 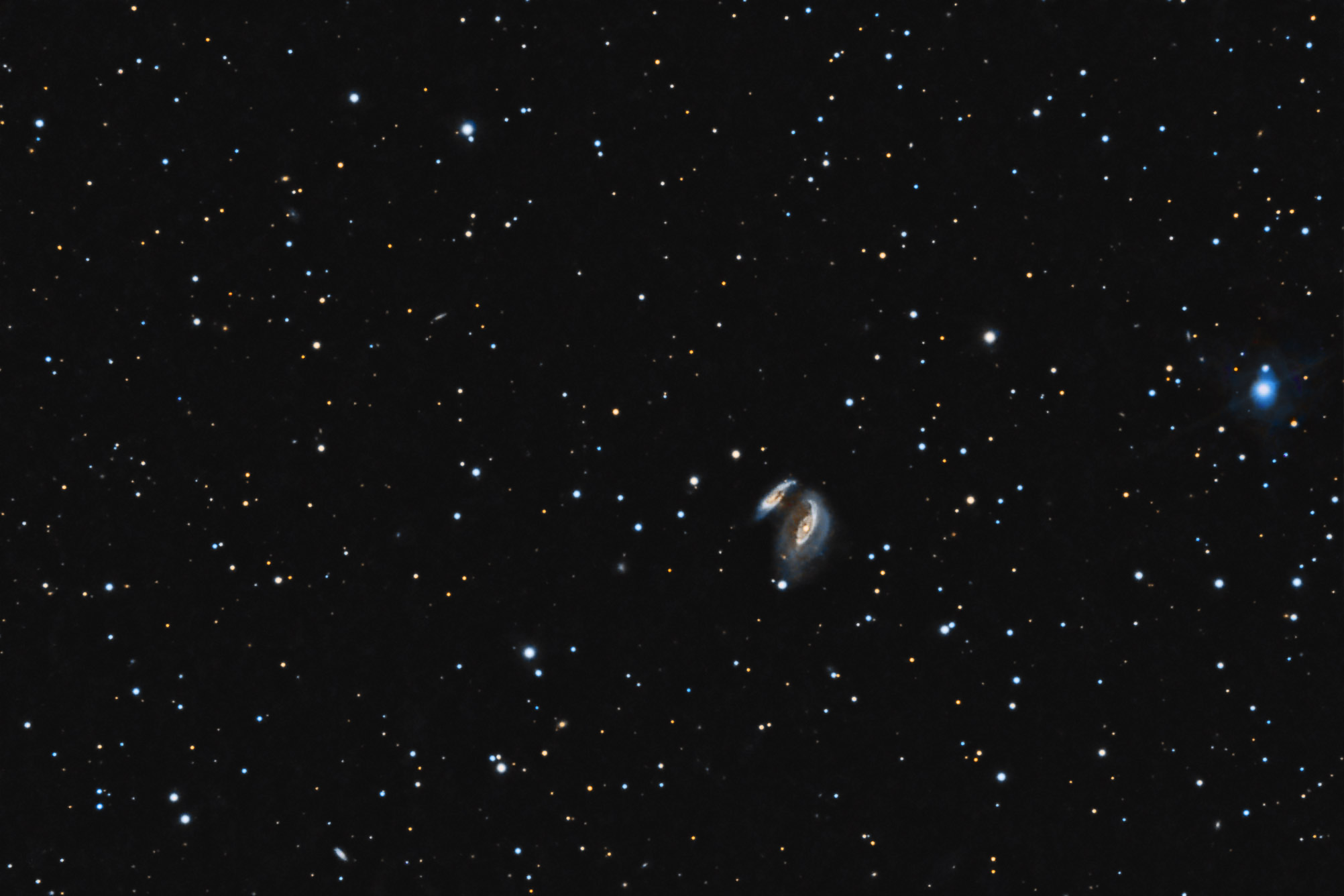