VII Zw 140 is described as a \"Blue post-eruptive multiple (elliptical) ring spiral, with compact elliptical core\" according to the CGPG. Though it is slightly red in my image it does look blue to the eye. Redshift puts it about 150 million light-years from us. Two Tully-Fisher measurements are in close agreement saying 160 million light-years. This makes it about 65,000 light-years across its largest diameter. NED classifies it as (R)SA(r)ab with a Seyfert 2 core. The structure is surprisingly heart-like in its inner ring though the outer ring is only slightly oval. It is found in northern Lynx.

Unfortunately, the field is just close enough to the Zone of Avoidance that there\'s little on the other objects in the field. Only two other galaxies have redshift data. MCG +10-11-028 is the SBc galaxy to the east of VII Zw 140. It is listed with a redshift distance of 160 million light-years making it likely part of the same local group as VII Zw 140. To the west is MCG +10-11-010 which is much more distant at a bit over a half billion light-years so over 3 times as distant. It looks like a barred disk galaxy SB0/a would be my guess. 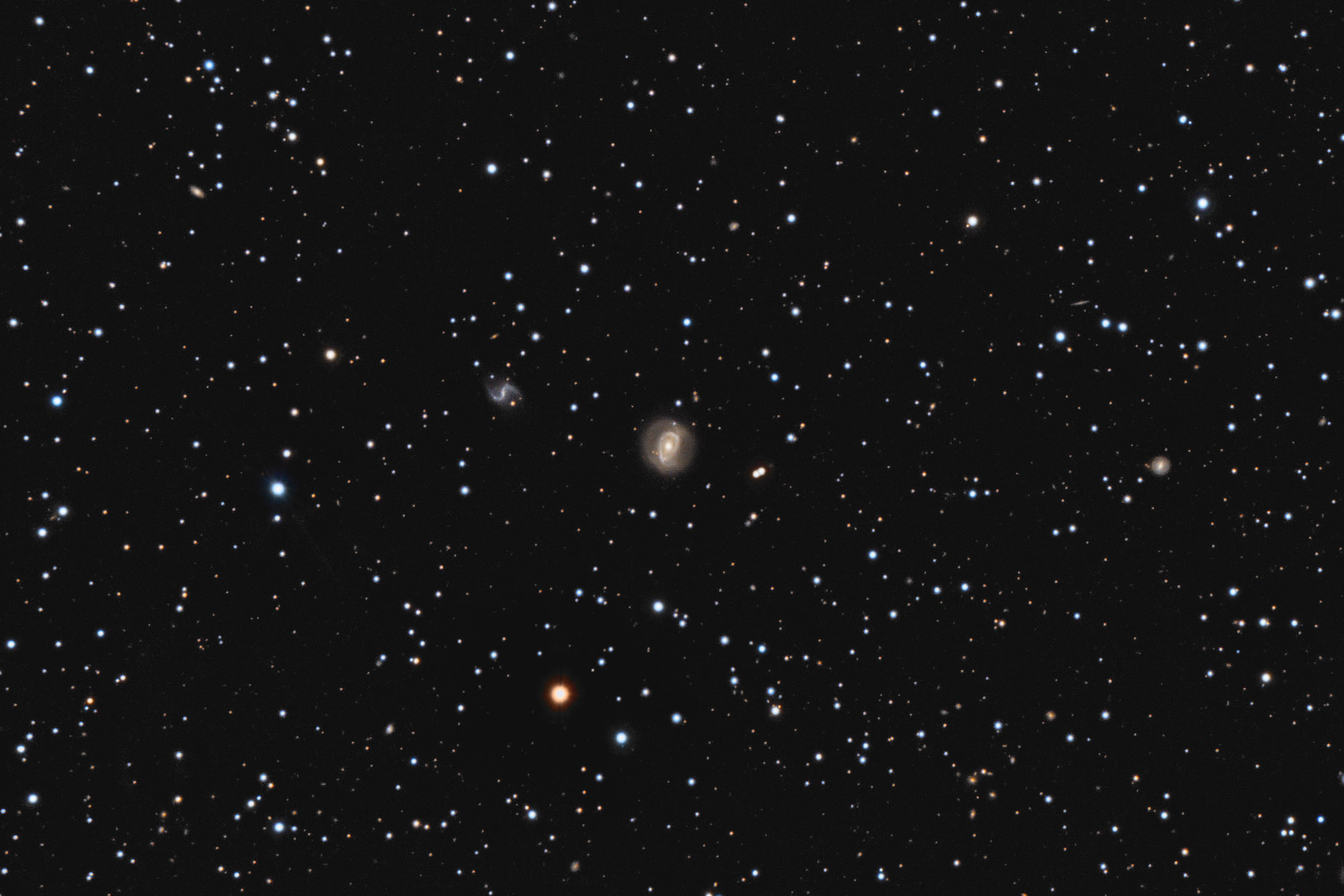 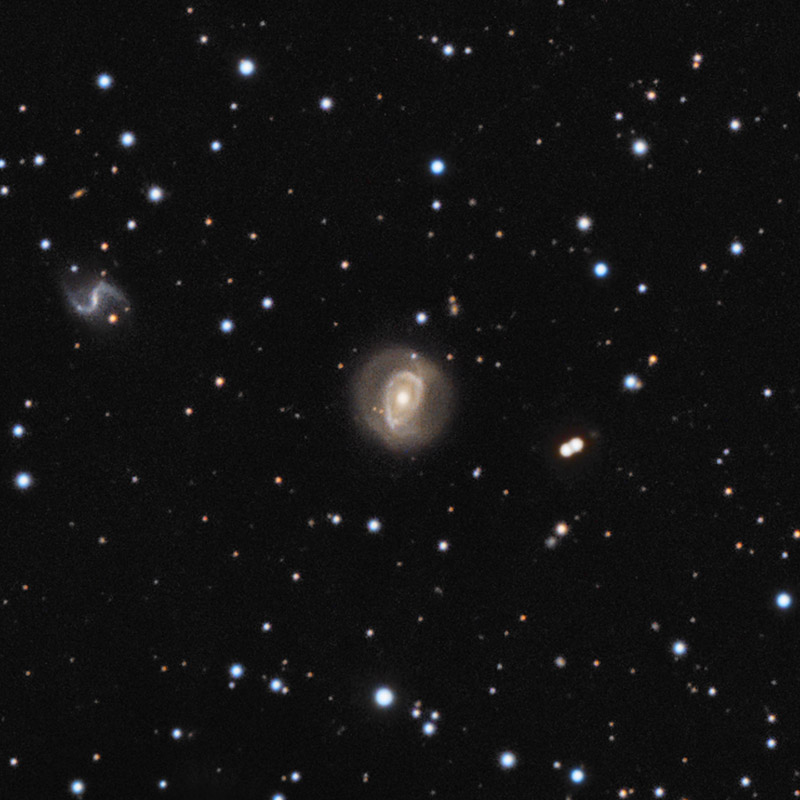