VII Zw 941 is another one Arp missed. It would fit with his category for spirals with high surface brightness companions on the arm except that arm is mostly missing. So it might also fit his one-armed spiral category. It is located in Cepheus 1.6 degrees west of NGC 188. Both are very red as are the other galaxies in the image. There is some blue extinction at this galactic latitude but not enough to account for all these red galaxies. Apparently, they just are red. The CGPG catalog note on this galaxy pair says: \"...red pair of Sc (galaxies) with compact core and spherical compact.\" NED doesn\'t attempt to classify either. The main one does appear Sc with a compact core but I\'m not sure about the companion. Hard to tell if that\'s its fuzz around it or remains of the missing spiral arm of the brighter galaxy. In any case, the pair is listed at a redshift that puts them about a half billion light years distant. NED has no redshift data for any other galaxy in the field, not even the companion. NED shows a correct position for the main galaxy and for the companion but it also lists a third entry with nothing at that position. Since the only note they have is identical in all three I assume it is referring to this pair. But I can\'t make any sense out of the third entry.

No other galaxy in the image has any distance data. Therefore I\'ve not prepared an annotated image.

The field, being near the pole, is enveloped in the IFN associated with the pole area. My exposures weren\'t long enough to really bring it out but it is responsible for all the faint nebulosity in the field.

The blue glow at bottom right is due to a star that was giving me fits. I moved the field low thinking I\'d moved it out of the field far enough but it managed to get its glow into the image anyway. I might as well have left it in the image.

This image was taken after a severe storm so damaged my two Polaris Trees, I\'ve often mentioned, that they were in danger of falling on either the house or the observatory or lower garage. One of those would most likely get flattened. Since they were over 100\' tall there was no place to drop them that wouldn\'t damage something expensive, I had to hire a tree company to take them down. Turned out both had suffered severe damage in the past that was hidden. They could have come down any time since we built here. The storm just exposed this risk so the only thing flattened was the bank account.

This galaxy is at 85 degrees north. I now can see Polaris for the first time since building the observatory! This galaxy has been frustratingly out of reach all these years. So was first on the list once the trees were history. They will heat us all next winter. Enough wood in those two to provide all our wood heat needs. Solar provides most of the day winter heating, even at -30C temperatures by day and colder at night. They were huge red pine. Rings show them to be almost 200 years old. Loggers should have taken them when this area was logged about 1908. The tree service said that\'s likely when they suffered a severe rot problem so were left. Logging was by hand in those days. They only took perfect trees and these were too damaged for them to take. Both showed they\'d been hit by lightning several times as well. I kept them as they blocked snow from the observatory. Last year we had virtually none. So that wasn\'t an issue. But will I be as lucky this year? Probably not. 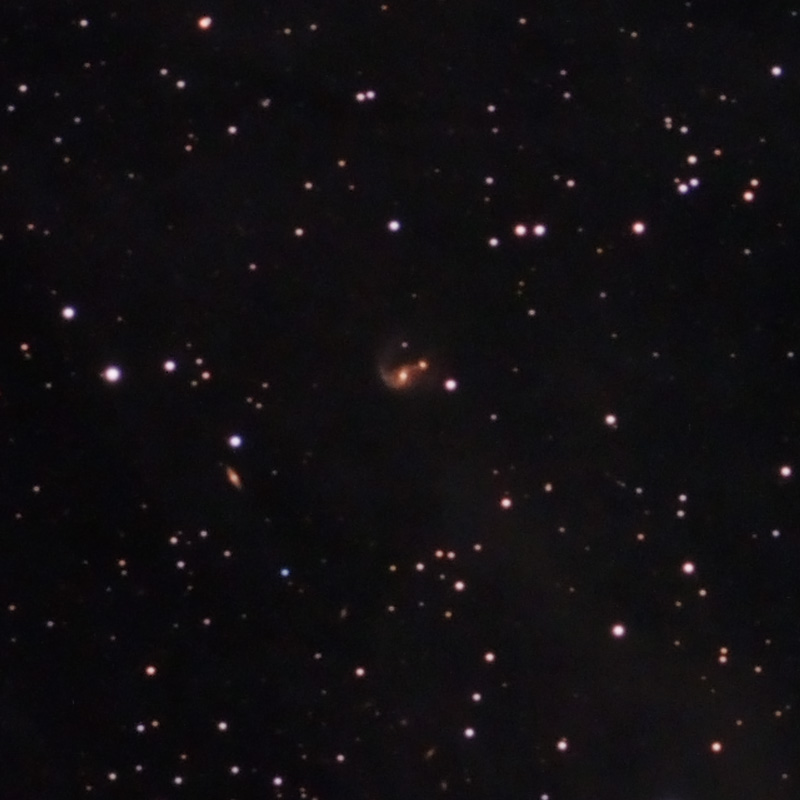 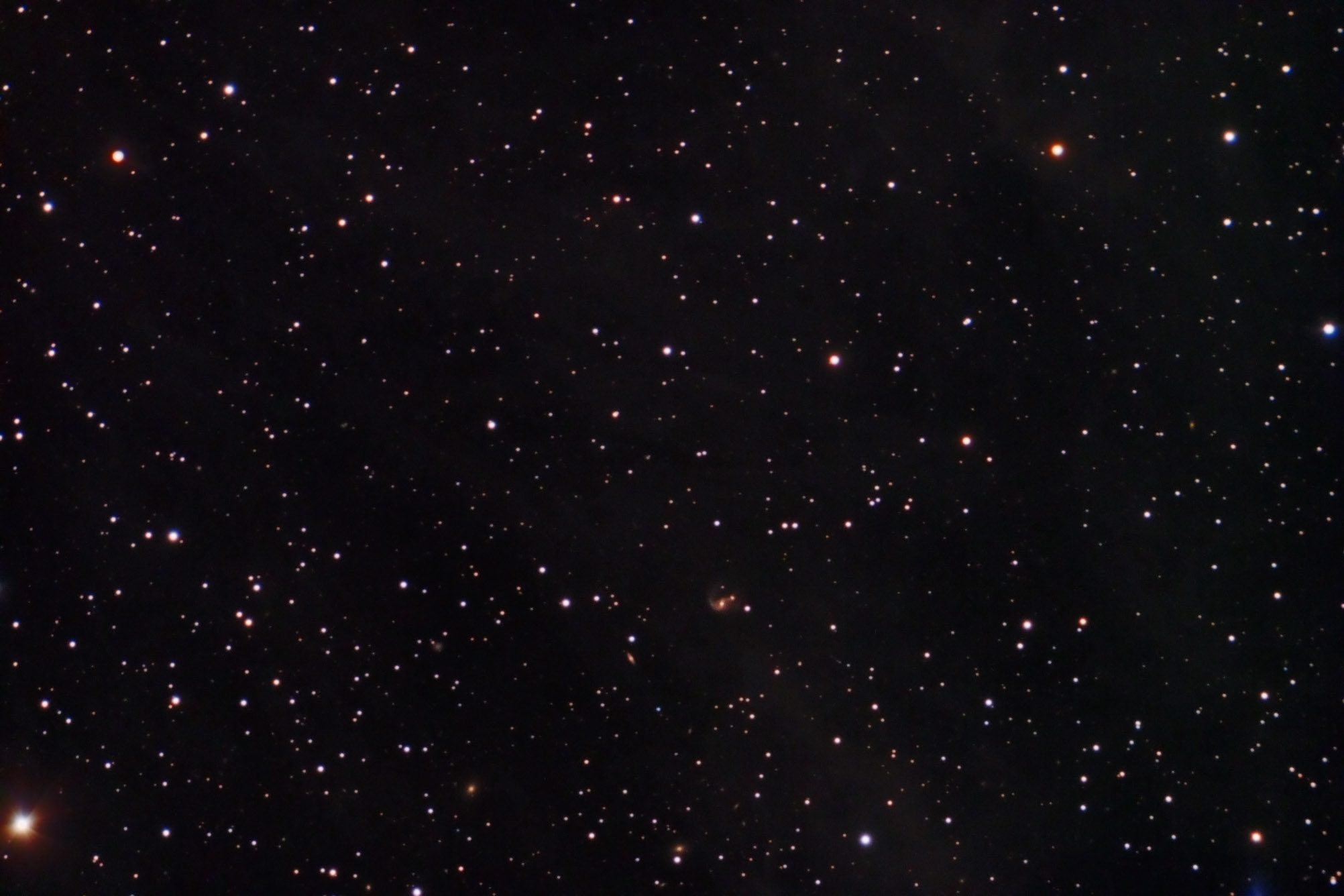