WBL 360 is a group of galaxies about 390 million light-years from us in the southwest corner of Virgo. There\'s a second group at 600 million light-years. One in this second group seems made up of two likely interacting galaxies. NED\'s position points to the gap between the two. These are below the main galaxies. The label NSA 140313 has two lines, one to each galaxy. They appear to be dwarf galaxies.

To the left of these near the left edge is 2dFGRS N175Z154. It is the middle of a tight vertical group of three galaxies. Only the middle one has redshift data. Are they related? Or are the two end ones related but the smaller and fainter middle one unrelated? I have no idea. Above these, is 2dFGRS N175Z152 which I\'ve labeled as 3G as it appears all three are referred to by this catalog entry. They all overlap, even in the Sloan image of them. A trio of interacting galaxies? Again I have no idea.

In order to give catalog names to these that were more than just positions, I had to resort to quite an eclectic collection of catalogs. Normally when this happens I just go with G for Galaxy but in this case, I wanted to point out these double and triple galaxies. I had to resort to these catalogs to do so or give lengthy RA and Dec coordinates that often overlapped other objects.

5 asteroids were in the frame but one was just too faint to show so I labeled only 4 of them. The one omitted was listed by the Minor Planet Center as brighter than two I did label but was much fainter. I don\'t find their magnitude estimates all that accurate even after accounting for their angular velocity. I\'m considering dropping the magnitude they provide as just too unreliable. Of course, a faster asteroid will appear fainter than a slow one of the same actual magnitude. I\'m taking that into account. In fact, the one I left out was slower than the fainter ones I included making the error even more obvious. 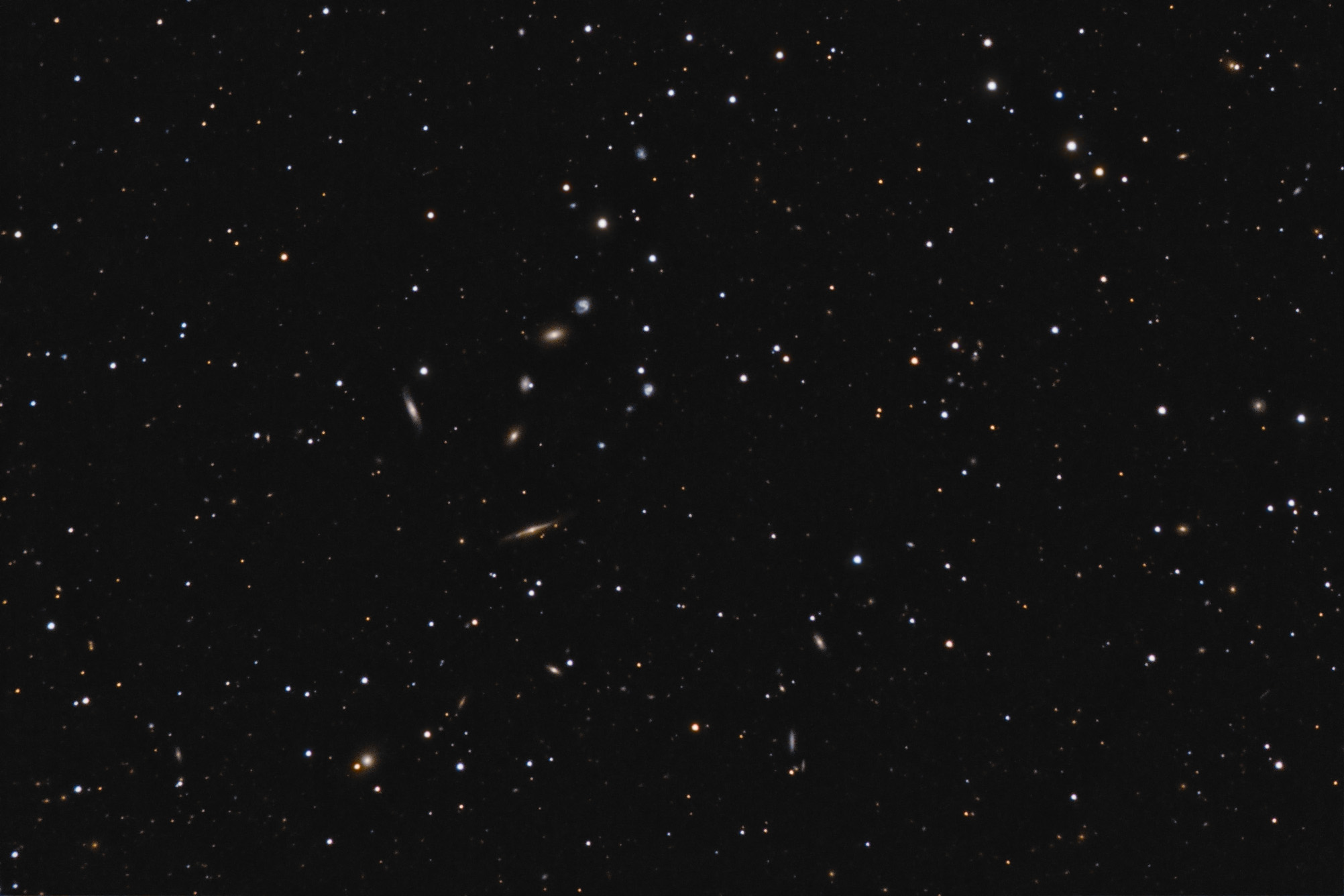 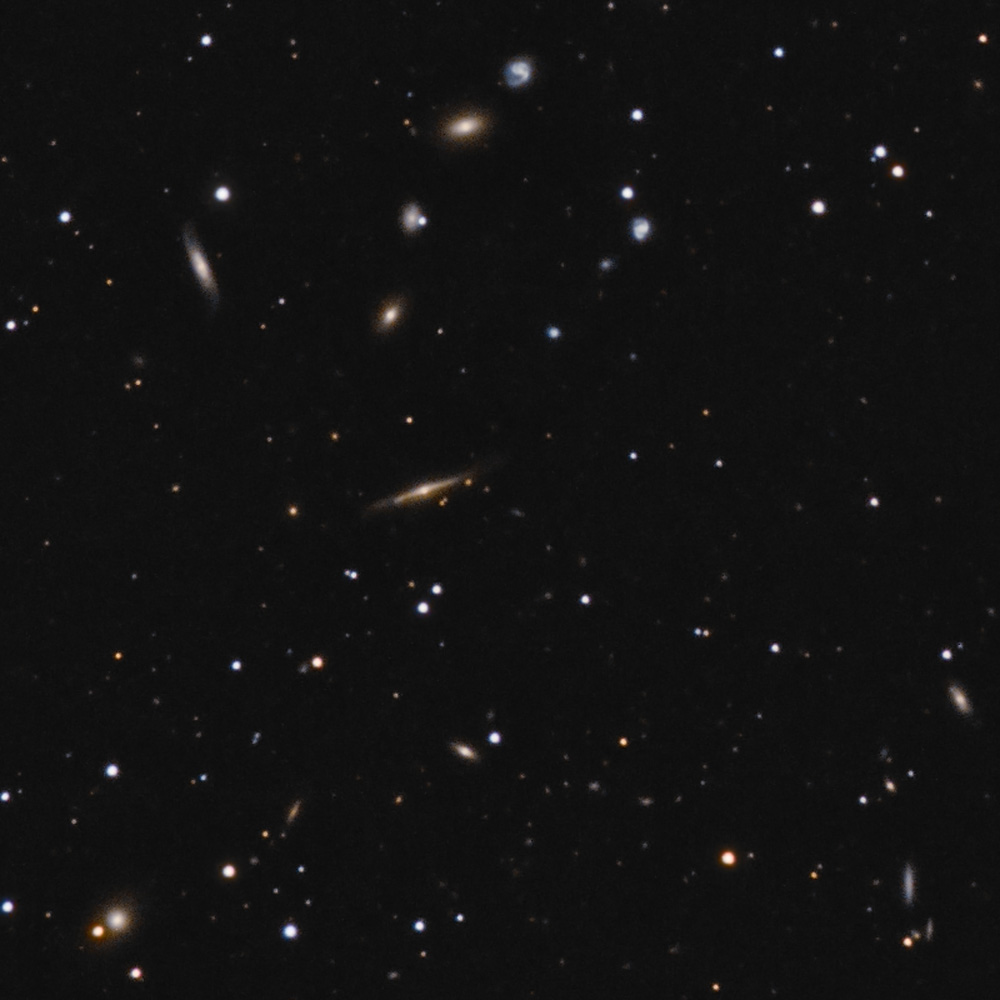 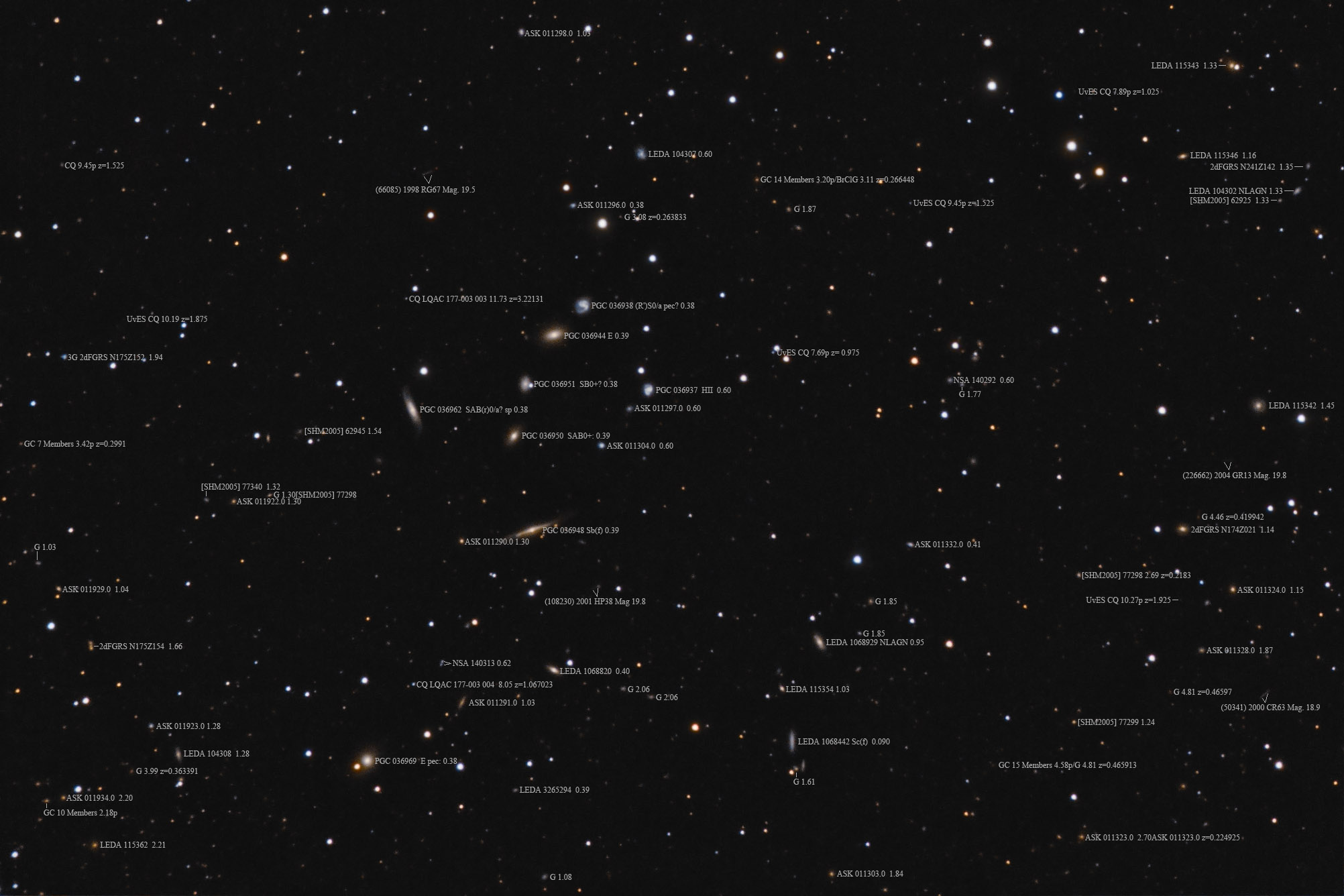