This galaxy group is located in northern Pegasus at the border with Lacerta and about 1 degree north of the far more famous Deer Lick Galaxy, NGC 7331. The 6 brightest members are known as the UGC 12127 group and WBL 685. But the group is much larger than this. It is part of the B2 2236+35:[MLO2002] CLUSTER which in turn is part of the Zwicky cluster 2231.2+3732. Each designation has a slightly different distance estimate but it\'s in the 350 to 400 million light-year range depending on which galaxies redshift you use or average them to about 375 million light-years.

The 6 galaxies that make up the WBL 685 group are NGC 7342, PGC 069378, PGC 069385, PGC 069386, NGC 7345 and PGC 069406 using their WBL numbers 1-6 respectively. The annotated image lists distances to all in the group than NED had redshift data on. It only listed group members though you can see many, obviously very distant galaxies, in the background. While most refer to these by their UGC number I get a ton of email complaining I should use PGC numbers as their systems don\'t use UGC. The Sky I use to find them using either designation. NED doesn\'t carry anywhere near all PGC galaxies so this can be a pain. Two I listed are from the NSA catalog as it was much shorter than any other designation. They are not in PGC, UGC or other basic catalogs. NSA is the NASA-Sloan Atlas but while carried by NED it isn\'t carried by SIMBAD.

All galaxies in this group appear to fall into the red and dead category. None show any sign of recent star formation though since some are IR sources that may be going on behind hot obscuring dust. I didn\'t find much on this group. Still, I thought it interesting enough to put on the to-do list. 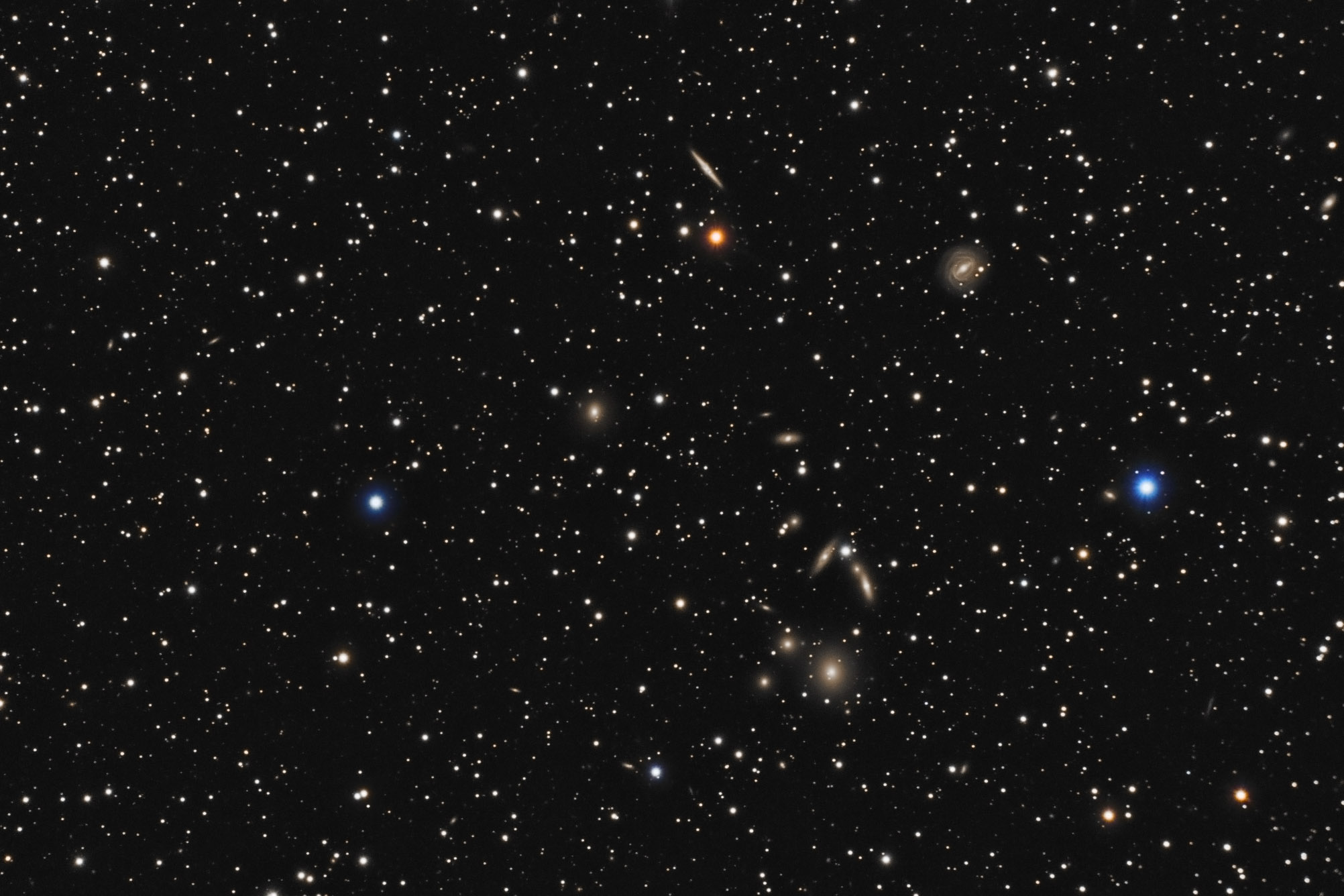 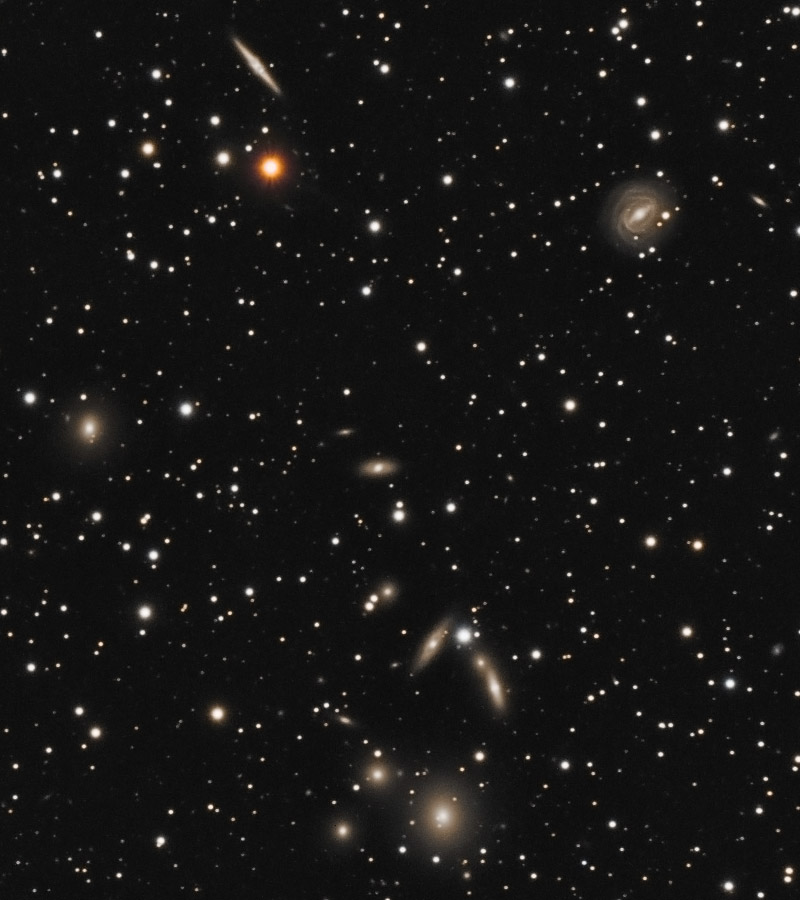 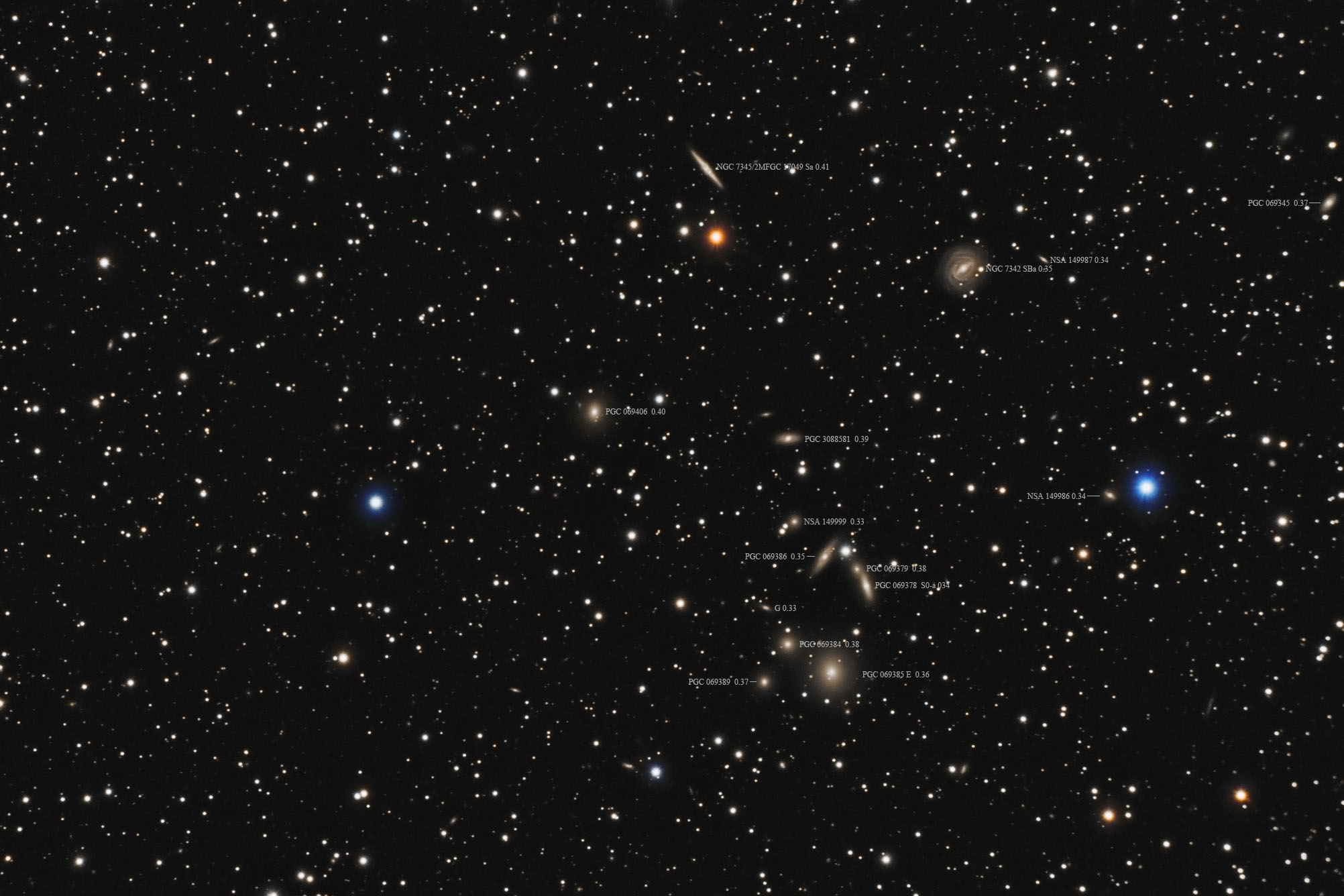