VdB 1 is a reflection nebula complex just south of Beta Cassiopeia. Fortunately for my narrow-angle view, I didn\'t have to deal with it but did have to watch how I framed the image as it kept throwing nasty ghosts of itself into my frame. I finally found a ghost-free position. VdB1 is made up of 4 parts according to SIMBAD, vdB1a through d. Each part around a bright blue star. The position it gives for simply vdB1 is also that of vdB1d, that is around the northern star of a triangle of blue stars where the brightest part of the nebula is found. Working south and west, vdB1c is around the leftmost of the two remaining stars of the triangle and vdB1b around the one on the right. Far to the lower right and out of the cropped image but in the full image is vdB1a all by itself, somewhat of an outcast. Note they are lettered in Right Ascension (west to east) order.

More interesting to me however was the smaller complex system to the northeast. The lower portion is a large loop with V633 Cas at the upper end. North of it is what looks a lot like a miniature version of T Tauri, AKA Hind\'s Variable Nebula, SH2-238, vdB28, NGC 1555, et al. That T Tauri like star is V 376 Cas. The resemblance is likely because they are similar objects.

This whole region is bathed in dust. I suppressed much of it in exchange for better contrast of the nebulae and stars. Tom Davis\' image of the entire area (east at the top) is at http://tvdavisastropics.com/astroimages-1_0000a7.htm .

The loop extending from V633 Cas is also known as GN 00.08.8. I can\'t tell if it includes the nebula around V 376 Cas or not. In any case, the loop seems related to CO outflow from an IR source, V 633 Cas B about 6\" to the north of the visible star. Interestingly the star appears elongated by nebulosity in that direction though only a couple seconds of arc, not 6. The loop is interestingly bi-colored with parts near the star blue and other parts reddened. The best paper on this system I found dates back to 1991 (submission date). It can be found at http://iopscience.iop.org/0004-637X/472/1/349/pdf/25551.pdf .

O\'Meara says in his book \"Deep-sky Companions: The Secret Deep\" that the distance to V 633 Cas and V 376 Cas is about 1,900 light-years and that vdB 1 is assumed to be in the same molecular cloud so about the same distance. 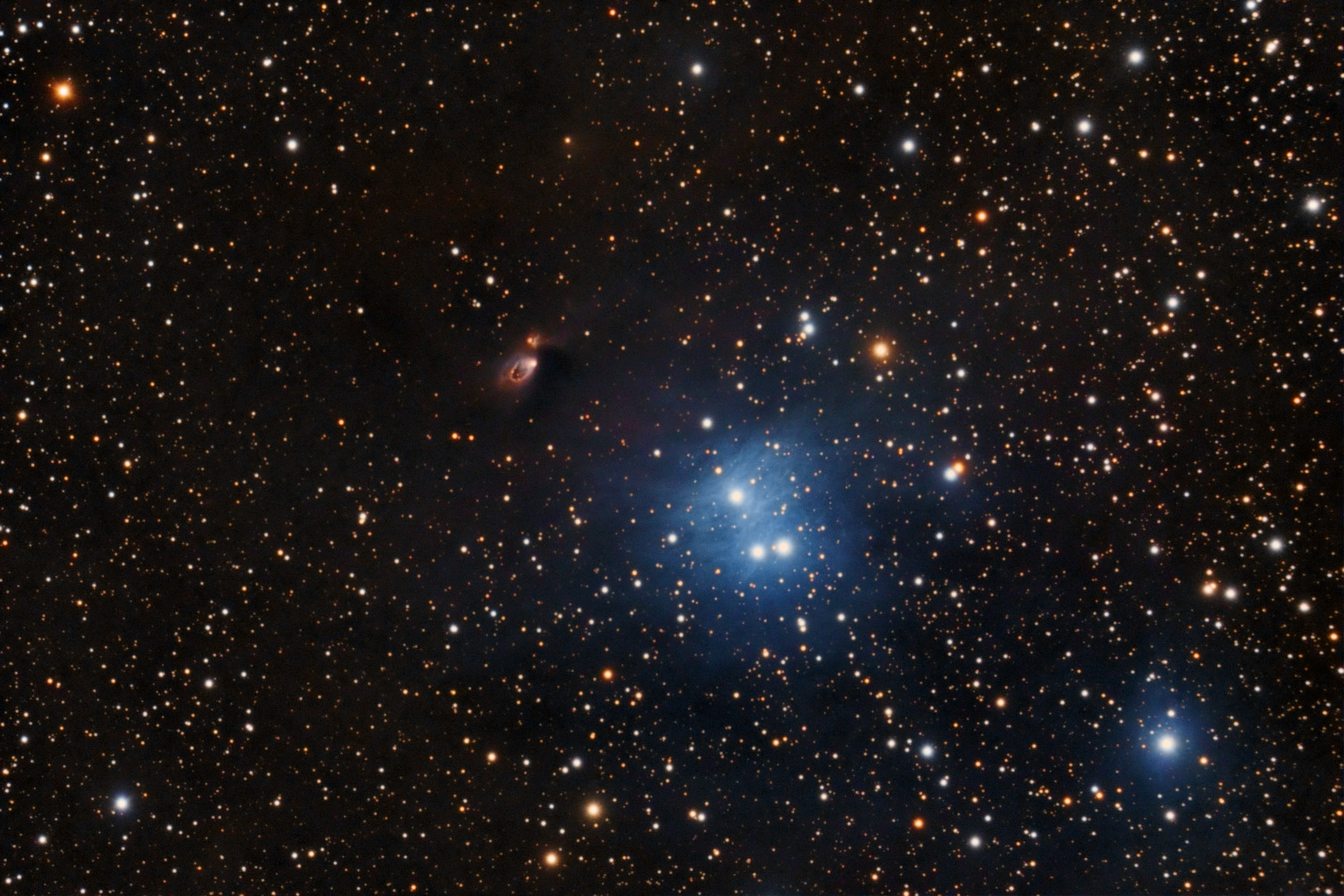