Rarely seen vdB 37 is a rather red reflection nebula. It is lit by HIP 24716 a 7.74 magnitude M2 giant star. The nebula is in northern Orion. The Sky shows the star\'s Hipparcos parallax distance as being about 600 light years. This would then be about the distance to this nebula.

Normally reflection nebulae are blue. This is because even a red star shining through a dust cloud usually turns the nebula blue for the same reason our white sun turns the sky blue. Blue light is scattered by the dust while red and much of the green light of the star passes through with little scattering. This reddens the star, and why our sun is considered yellow when it is really white. But if the star has no blue light and is behind then the red and green scatter giving a rather pale yellow to orange color to the nebula depending on how red the star is. But if the star is in front of the nebula it lights the nebula much the same as a red bulb lights a white wall and the nebula picks up the colors of the star itself unless the dust has a color of its own. Since that tends to be neutral to sometimes slightly red the result is a red reflection nebula. A rare object but it appears vdB 37 may be one such nebula. It could be my strong red color is due to how poor my green data was but I added back green to get star colors right and that should have compensated fairly well. Still, a retake under better conditions is in order.

Three asteroids managed to sneak into the image. Not surprising as northern Orion is quite close to the Ecliptic where many of them reside. That I picked up only 3 is due to the night being very poor. Nothing new as if I waited for a good night I\'d still be waiting. They just aren\'t happening. Several I\'d normally pick up are in the frame according to the Minor Planet Center but I see them so weakly I didn\'t try to bring them out. The also meant much of the nebulosity in the field was lost and the bright stars had huge halos from shining through gunky skies. This caused them to have huge rings and bloat badly. I sort of dealt with these but the result is some wonky looking bright stars. Also, my green color data was hit by clouds and nearly non-existent. I had to use a lot of pseudo-green so the color is quite suspect. I retook this one several times but this first attempt was the only one with usable data. Another for the reshoot list if this miserable weather ever changes. After many months of it, I\'m beginning to think it is permanent. 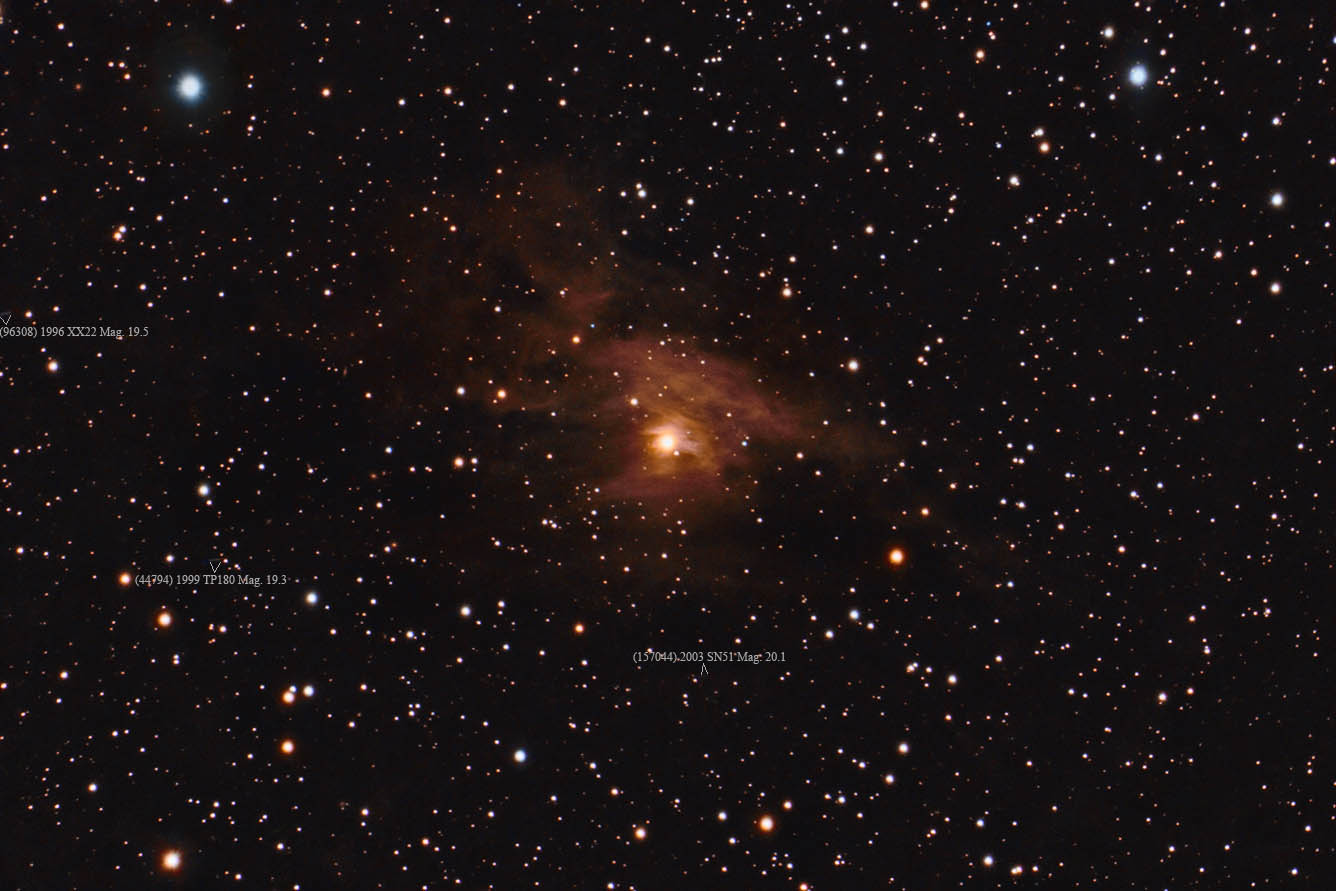 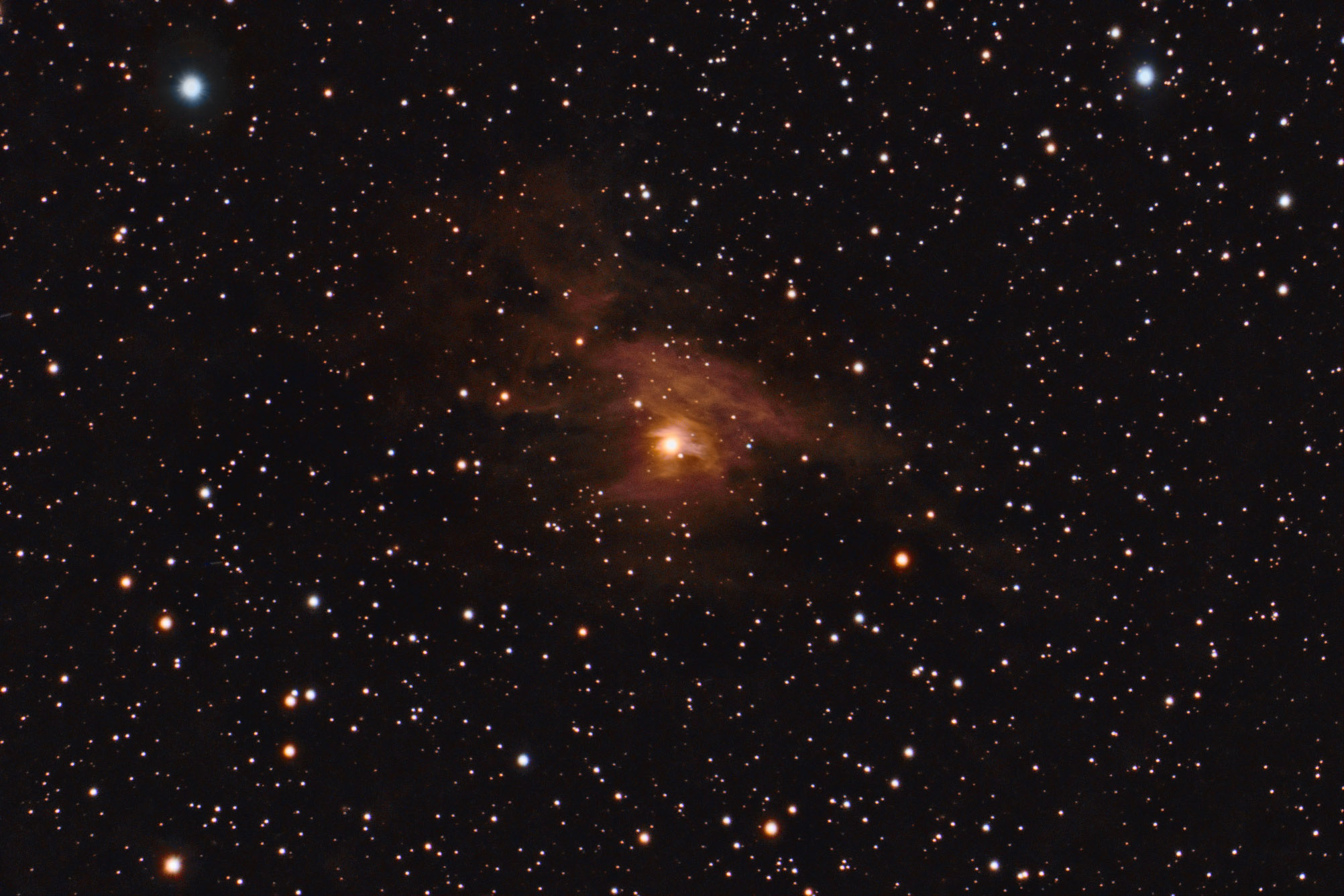