The illuminating star for vdB 38 is HD 34989 a B1 star about 2 degrees north-northwest of Bellatrix which marks Orion\'s western shoulder. Hipparcos puts the star about 726 light-years from us which then would also be the distance to the nebula. While van den Berg was interested in reflection nebula some of these also have H alpha emission. This is one of those. In fact, it is embedded in a huge cloud of ionized hydrogen. Using only short LRGB exposures I didn\'t pick up much of it. The entire complex is Sh2-263. Since I picked up mostly the reflection component I\'ve listed it under the vdB 38 designation due to not using the H alpha filter.

HD 34989 is a B1V star. Normally I get rid of the reflections I get from bright stars by taking a similar star not involved in nebulosity and subtracting its reflections from those in the image. But I couldn\'t find any B1V stars of sufficient brightness (near enough) to work. I had to settle for a later class star that wasn\'t quite magnitude 5.8. The result was much blue light remained. Some of the blue in the circular area around the star is likely glare I couldn\'t remove by subtraction. Not knowing how much to further remove I stopped at this point.

Notice the lack of fainter stars to the upper right. This is due to the dark nebula, LDN 1588.

It didn\'t help that every time I tried for this object (6 nights) we had poor transparency with lots of ice in the air (The best frames of three of these nights was used to make this image) that just added to the glare and reflection issue. The narrow band of blue light near the bottom is a reflection that didn\'t show up at all when I took the calibration star. I doubt it is real but since there was no hint of it in the calibration star\'s image I left it in. I suspect it is due to reflections enhanced by all the ice crystals in the air. 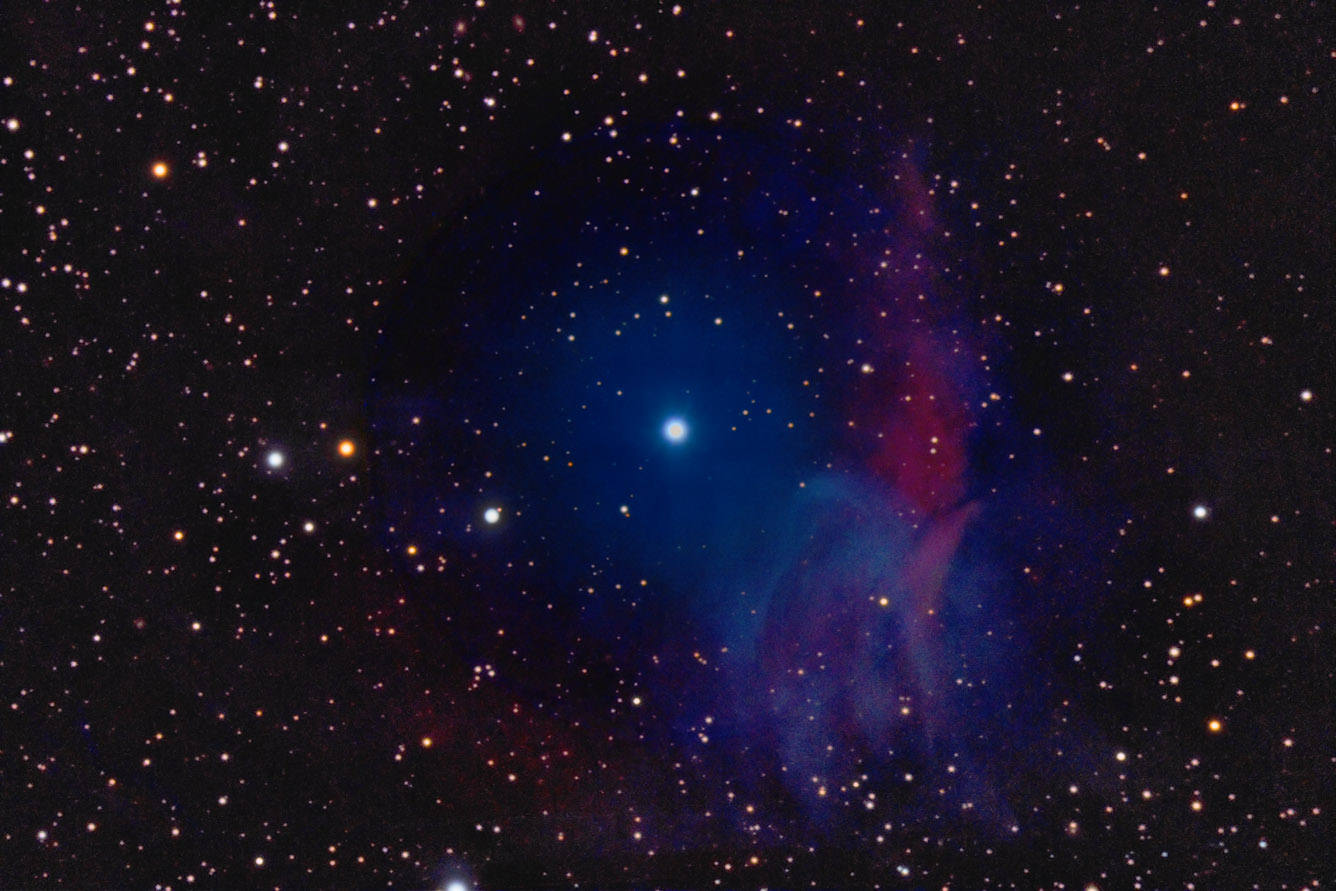