vdB 047 is a yellow-orange reflection nebula in northeastern Taurus 1.75 degrees northeast of the more famous M1. Its positional star is HD 37387 a magnitude 7.5 KIIb star. The nebula likely lies behind the star since it has pretty much the same color as the star indicating it is reflecting the light rather than scattering blue light due to the star being behind the nebula. The Sky puts the star, and thus the nebula, 3700 light-years distant.

The nebula is also known as GN 05.36.2. Some sources claim it is Sh2-243 though the position doesn\'t match. There is no known object at the position of Sh2-243. Still, its position is nearby so some think this might be what Sharpless saw. Though Sharpless objects are usually strong in hydrogen alpha light. This one has some very weak hydrogen alpha light in the southern part but it shines mostly by reflected starlight A KIIb star isn\'t going to ionize hydrogen gas so that emission isn\'t due to the illuminating star. The nebula is extremely faint in blue light, this may have fooled Sharpless into thinking he was seeing ionized hydrogen in the red POSS plate. I couldn\'t find a satisfactory answer to the question of Sh2-243. To me, the case for it being vdB 047 is pretty weak. 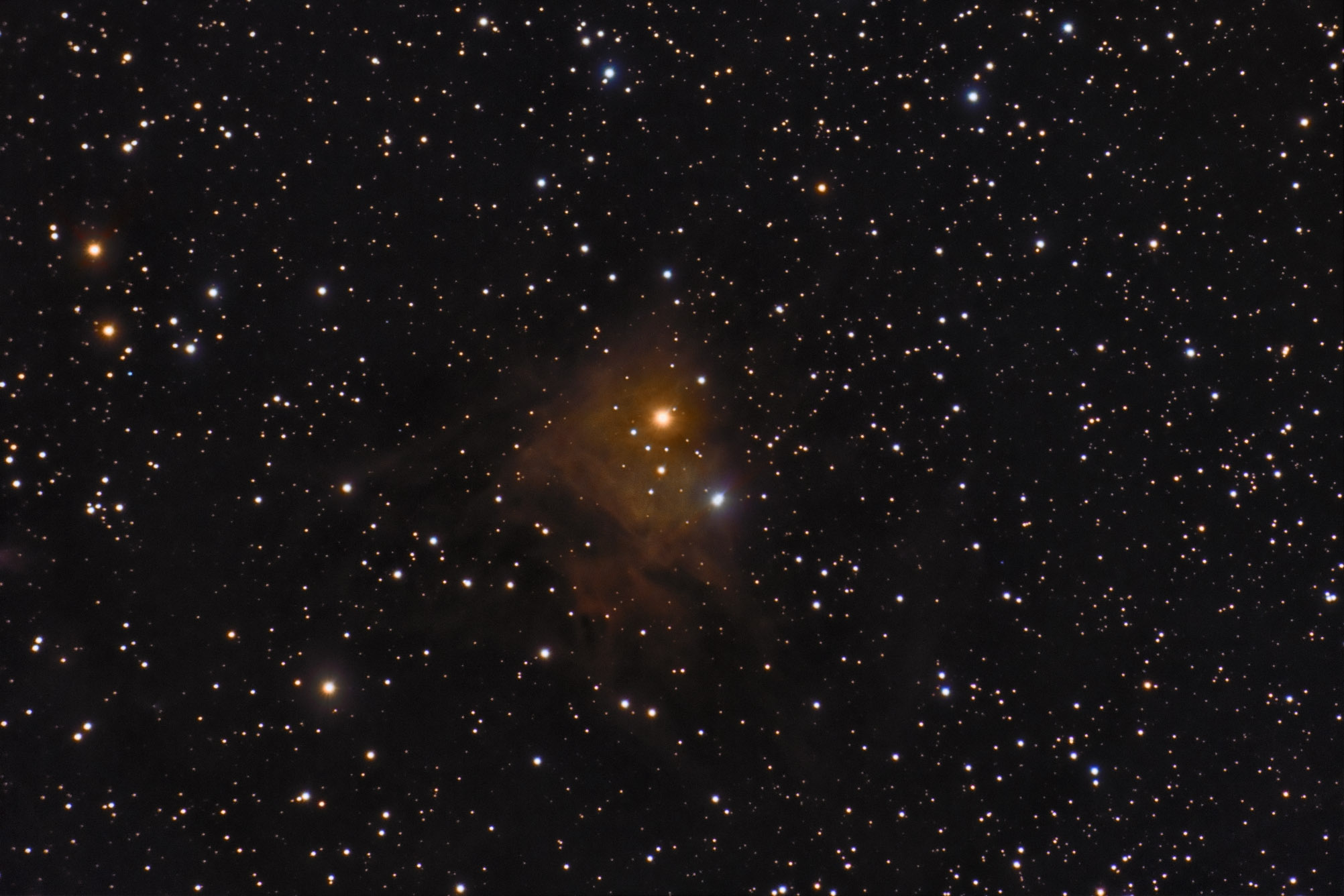 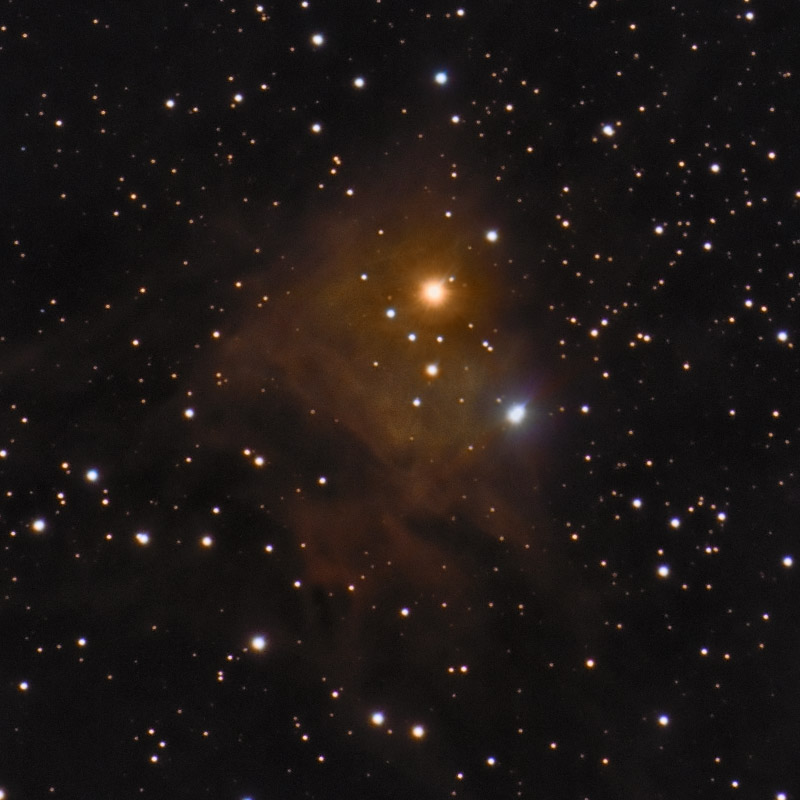