The mostly reflection nebula vdB 65 is located in southern Auriga northeast of the more famous Sh2-241. I couldn\'t fit both into the same field of view. I took it separately and will process it next. I found only one distance estimate that puts it about 3600 light-years distant. I doubt the two are related as what few distance estimates I found for Sh2-241 put it some 4 times further away.

While vdB 65 is listed as a reflection nebula it seems to have some red hydrogen emission involved. It is strongest near the northeastern edge but I also see some near the core making the core of the nebula more yellow than I\'d expect for a blue reflection nebula.

It appears to be an illuminated part of a much larger dust cloud that extends mostly to the southwest as Dobashi 4516 and 4517.

Three asteroids are in the image. Thanks to better than normal (for the last few months at least) one was a faint magnitude 20.9 per the Minor Planet Center. See the annotated image for details.

While seeing and transparency were better this night than I\'ve had in months clouds were a problem. The luminance trails of the asteroids show a break when clouds pretty much blocked the view for the last two minutes of the second frame and first two minutes of the third. Later the blue frames were hit by clouds as well. To compensate I took three blue frames to try and increase the signal to noise ratio of the blue channel so it better matched the red and green frames.

This was my first March image. I can\'t recall if things went better that month but do see more images than in February so that\'s a good sign. 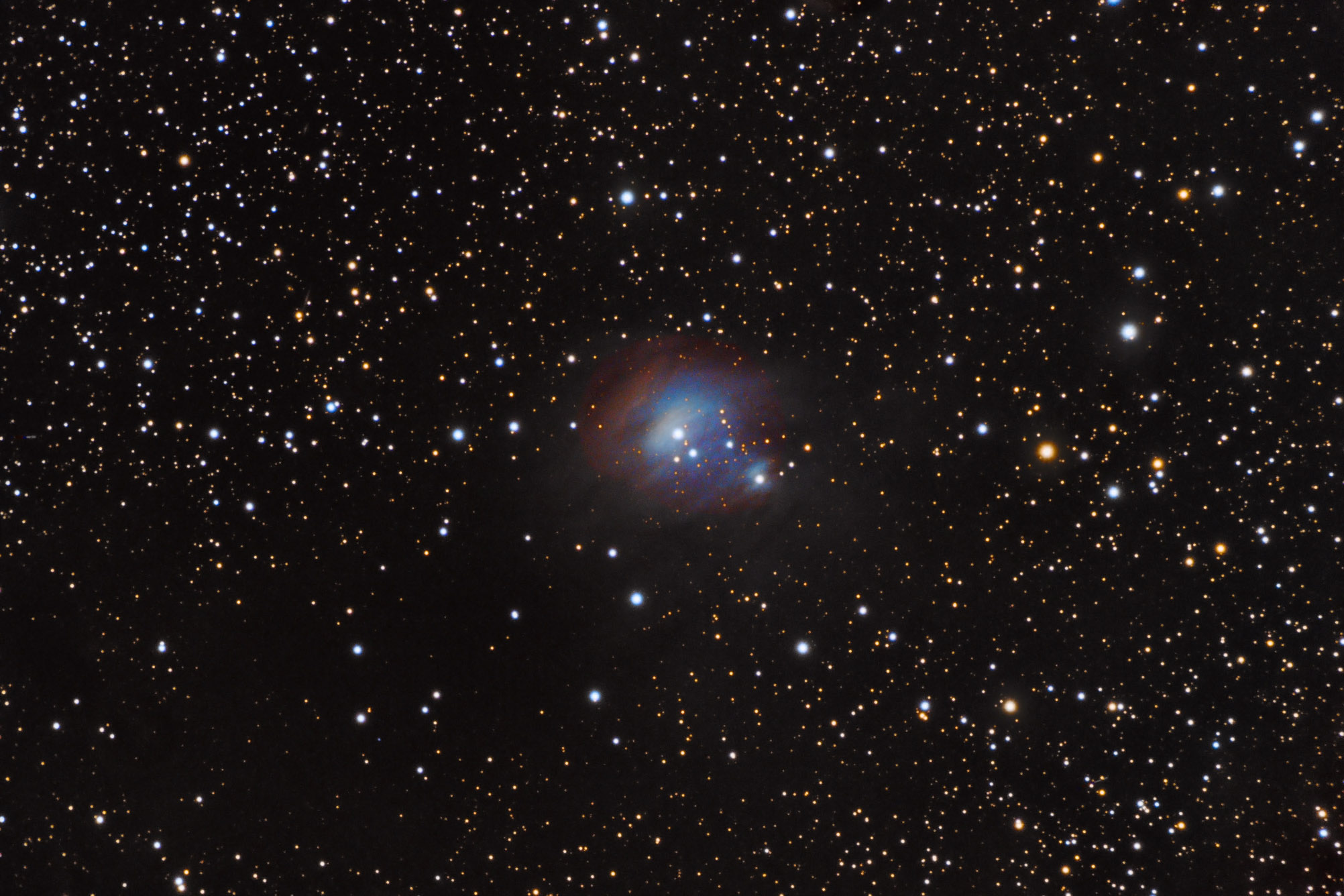 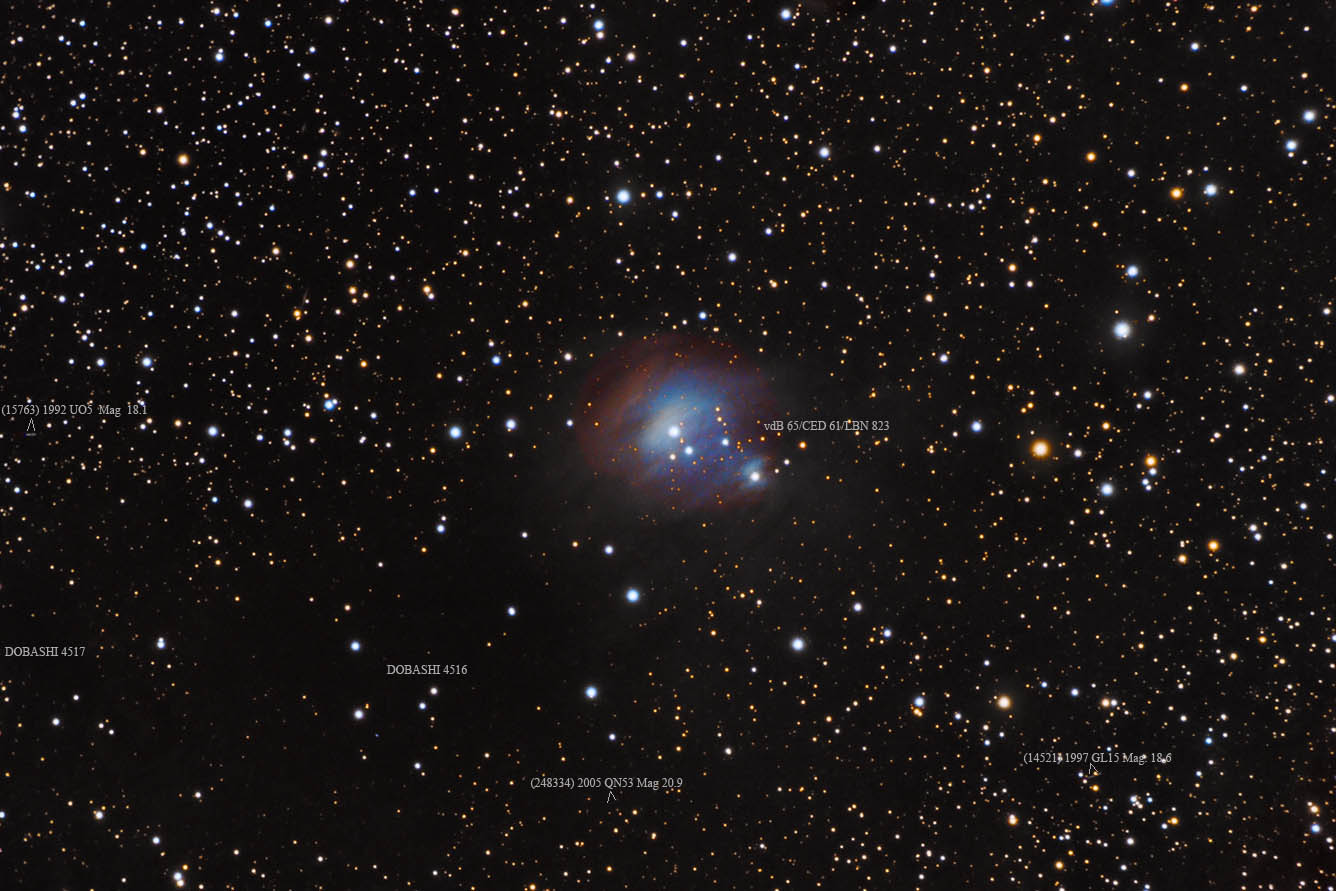