HD 52329 is the likely illuminating star of vdB 87 a reflection and emission nebula in southern Monoceros southwest of M50. The distance to HD 52329 is shown by Hipparcos as 530 light-years. It is a B6V giant with plenty of energy to create the H alpha emission as well a the reflection portions of the nebula. There appear to be quite a few stars behind the nebula that may be highly reddened by it or other dust. SIMBAD lists it as 2MASS J07003226-0852020 -- Possible Globular Cluster. That survey has the benefit of IR which can look through dust to some extent. I suppose there could be a hidden globular there but rather doubt it.

To the southeast of vdB 87 is a small somewhat round nebula. SIMBAD lists it as [IBP2002] CC05 -- Possible Globular Cluster. This time there are only three faint stars behind it. Oddly I find no other designation for it. Three arc minutes to the southwest of this object is a blue star with a hint of blue fuzz around it. That, according to SIMBAD is NAME Riddle GN J0700.7-0858. 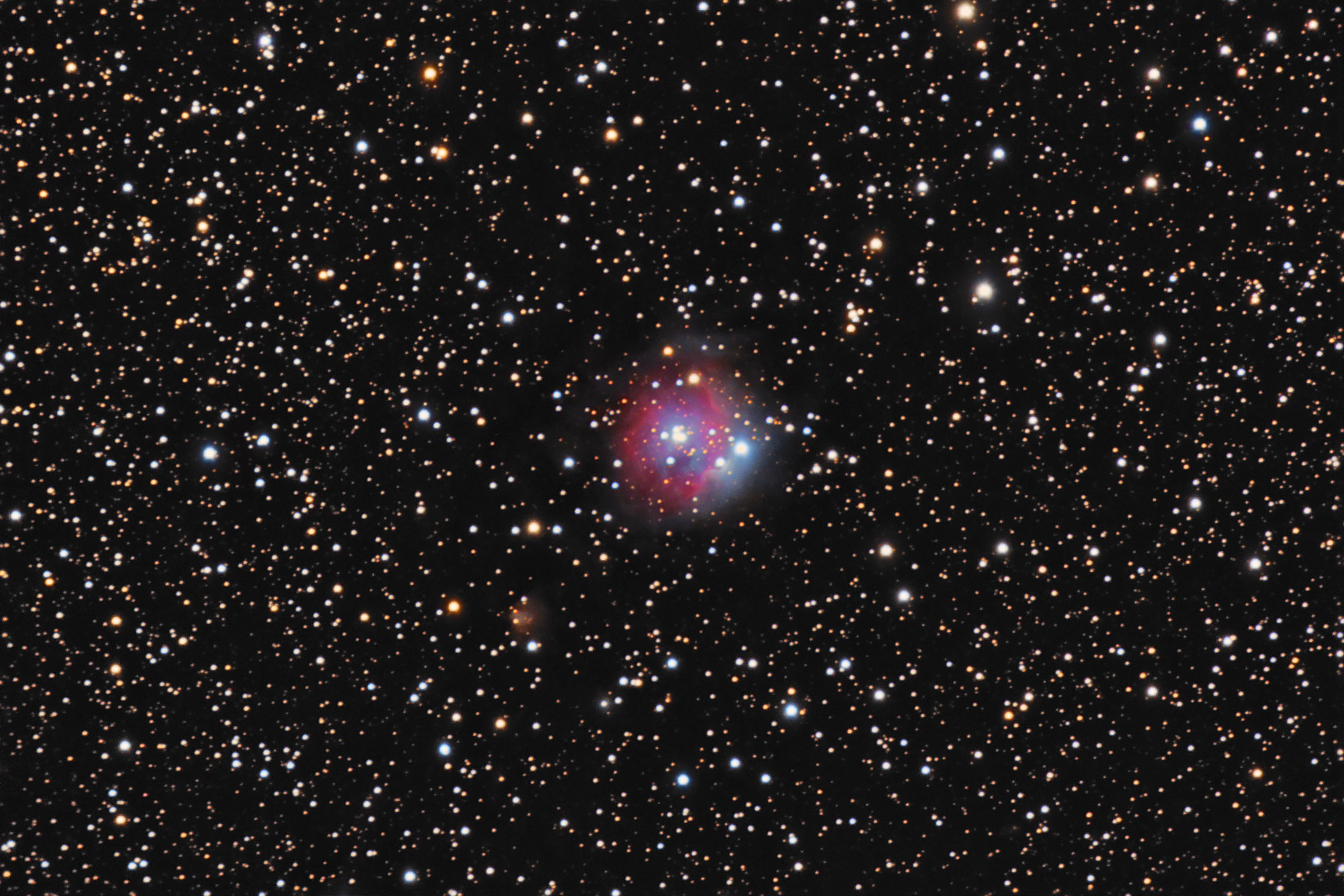