VdB 111 is a reflection nebula in Ophiuchus around the star HD 156697. According to The Sky 6, the star is a rather white F0III-IV star. As the variable classification indicates it is a variable star that pulsates in size more than in brightness. The range is listed at 6.50 to 6.52 which would be hard to see visually. Since the nebula is very blue it would lie a bit in front of the star to have a color much bluer than the star itself. This is the same effect as the sky being blue from sunlight shining through it. Our star is even redder than this one yet creates a blue sky when it shines through it. When the nebula is behind the star so just illuminated by the star it takes on more closely the color of the star itself. The Sky 6 says the star is at a distance of 28,767,800 AU which would put it about 455 light years from us. This would be virtually the same as the nebula\'s distance. What few images of it I found on the net usually contain the comment that it is small and uninteresting. Guess I don\'t see it that way but then nearly everything out there I find interesting.

While there are some background galaxies NED had no redshift data on any, all being galaxies from the 2 Micron All Sky Survey (2MASS) which rarely had redshift data.

To see it in a wide field setting with the faint nebulosity in the area see Tom Davis\' image at: http://tvdavisastropics.com/astroimages-1_0000fb.htm

There\'s one asteroid down in the lower right corner of the image. It is 18th magnitude (215122) 1999 LG4. As usual, conditions were poor so even this rather bright asteroid doesn\'t stand out very well. Normally an 18th magnitude asteroid would be very obvious with the color frames coloring the sky\'s background beyond the luminance trail. Fortunately, vdB 111 is a rather bright reflection nebula. Though I likely lost its fainter outer parts to poor sky conditions. 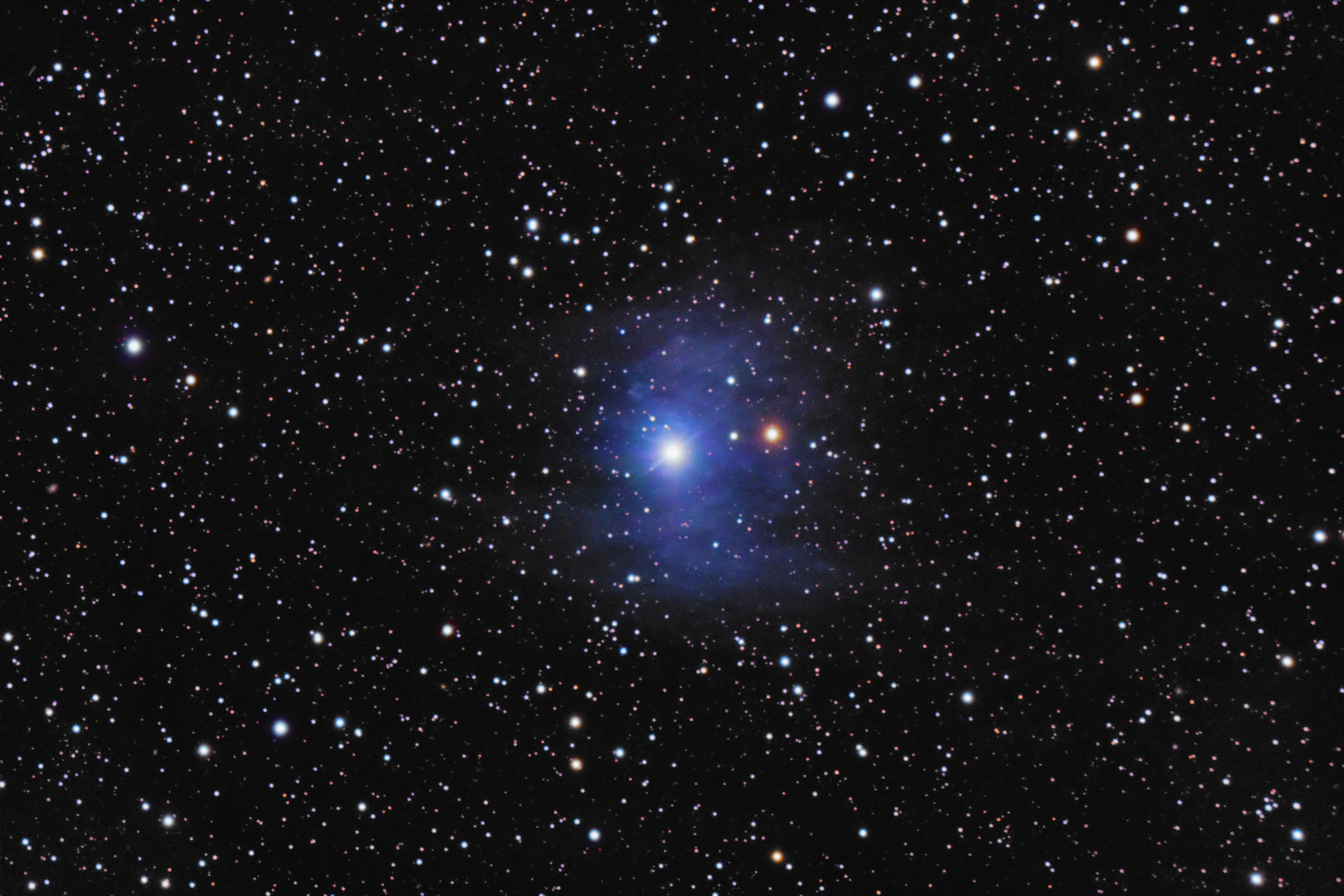