vdB 123/GN 18.27.9 is a very blue reflection nebula in Serpens Cauda about 836 light-years distant. This is based on The Sky\'s distance for the illuminating star HD 170634 of 52,888,500AU. To the west is an orange nebula. Not H alpha pink. It is also a reflection nebula. The only identification of the nebula I could find in SIMBAD was Name Ser(pens) (Reflection) Nebula/Name Ser (mol) Cloud Core and GN 18.27.4, each with a slightly different position all inside the nebula. So why is it so orange? I couldn\'t find an answer. It could be seen through a lot of dust that reddens it to this color or possibly the star in front that is illuminating it really is red and not dust reddened so the nebula is taking on its color. But it seems too faint though the illuminating star of McNeil\'s nebula is very dim from our vantage point due to dust. I have no answer here. If anyone has an idea let us know.

The colors of the field seem odd. Most stars are greatly reddened by dust yet there\'s a large blue haze over much of the field from the large, but dim, extent of the vdB 123 lying in front of the reddening dust it would seem. In places, all stars are blocked. SIMBAD lists a ton of young stellar objects and HH objects in the area, most apparently dust-shrouded as I see nothing of most of them in my image. Those I do see are labeled in the annotated image. Y*O for Young Stellar Objects and HH for the one Herbig Haro object I could identify. Note nearly all the stars and Y*Os have the same color. The YSOs were mostly K and M stars so are rightly red but there should be some variation but there isn\'t. I think this a good sign the color is mostly from dust reddening.

There were a very few YSOs that were A stars so should have been rather blue but even they were redder than an A star should be, another indication of dust reddening. When I adjusted those to be about right the blue of the reflection nebula went way too blue indicating it is likely in front of much of the dust. The annotated image notes the spectral type of a few of these young stellar objects 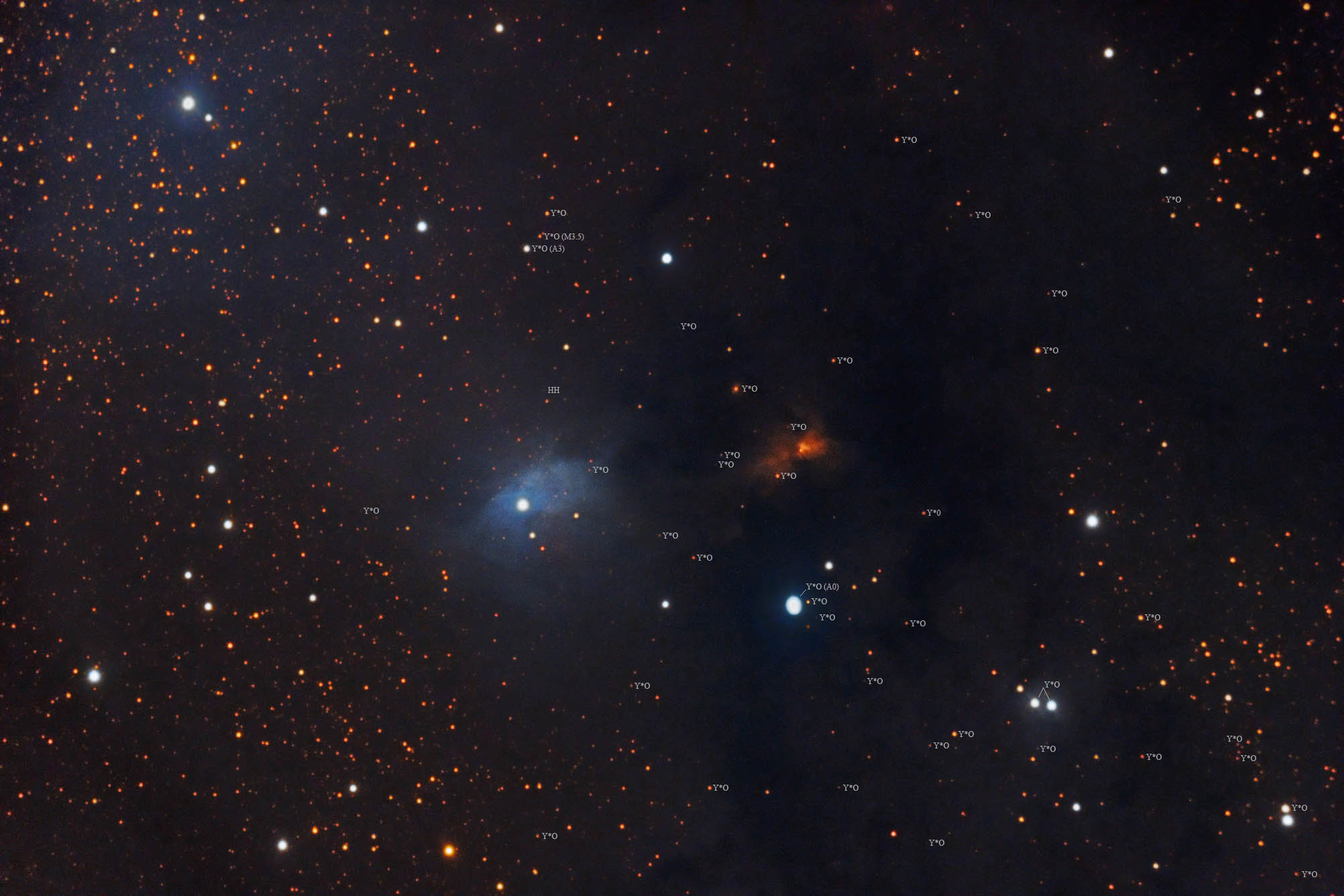 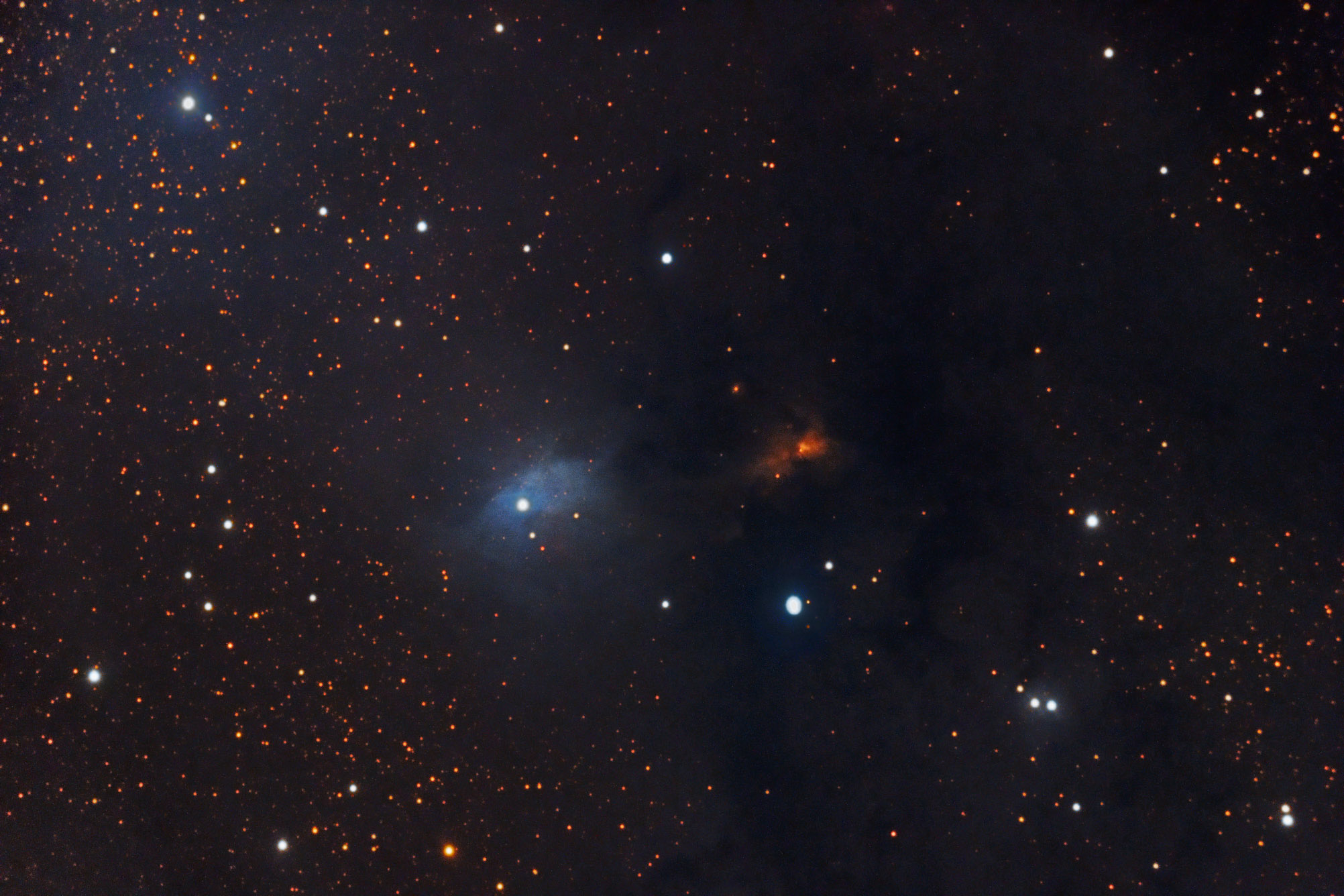