This field in western Vulpecula is centered on HD 182918, the illuminating star for vdB 126. The Sky has its distance at about 2900 light-years. It is located in the Milky Way but in a dust lane which helps hold down the stars at the same time reddening them quite a bit. Three dark clouds cross the image right to left they are Dobashi 1980, 1982 and 1988.

The only other object identified at SIMBAD of interest is what SIMBAD calls PN PM2-41 a possible planetary nebula. If it is it is the strangest planetary nebula I\'ve seen. It has a cometary-like tail going to the south and above it at the orange star above is a faint arc of nebulosity that appears related. SIMBAD sites three papers on this object, one is the original IRAS discovery of it. The other two, however, are on protostars in which it is listed as IRAS 19247+2238. The authors are quite sure it is a protostar, exactly the opposite of a planetary nebula. The former is the birth of a star while the latter the death of a star. This article considers both the upper and lower object to be protostars that IRAS\' low resolution saw as one object rather than two. The later paper on this is seen here: http://iopscience.iop.org/1538-3881/138/5/1193/pdf/1538-3881_138_5_1193.pdf PN PM2-41 looks typical of some protostars I\'ve imaged in the past and nothing like any planetary I\'ve taken so I\'ll go with these two papers that consider it a protostar. The paper was unable to come up with a distance measurement for either, unfortunately.

This image was taken when the skies were smoky from Canadian wildfires. It was less the night it was taken but it has likely skewed my color balance somewhat. It certainly reduced my limiting magnitude by at least one magnitude, maybe a bit more. Still, this was the first July night I could even collect photons as prior nights only stars 2.5 magnitude or brighter were visible at the zenith. No stars were seen below 45 degrees, just the planet Venus and a hint of Jupiter. Earlier in the month when I looked at the moon it was fainter and redder than at all but the darkest total eclipse I\'ve seen. Yet the fires were about 800 km away with most over 1000 km. 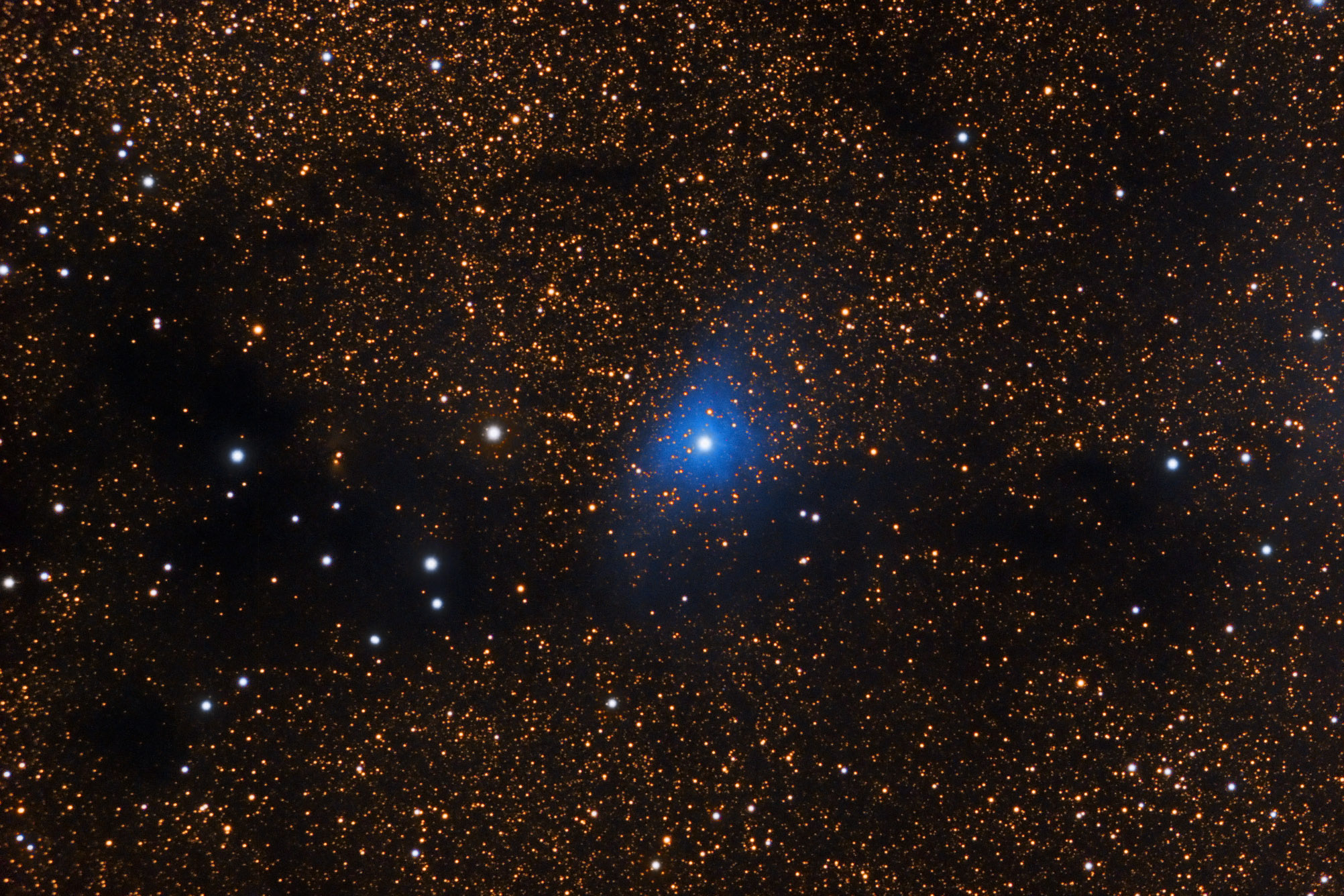