VdB 143 is a reflection nebula in a very dust region of Cepheus. My short exposure time didn\'t pick up much of the dust well enough to display it so I processed much of it out other than the far brighter reflection nebula. The Sky puts its central star, HD 206135 at almost 3900 light-years distant. If so the reflection nebula is 12 light-years across. The illuminating star is an 8th magnitude variable B3V, blue giant, star. To the northwest is HD 205938, at the much closer distance of just over 600 light-years this A class star shines at magnitude 6.5 which gave me fits in processing the image. It scattered light everywhere. There is some brighter background nebula around it in my image. Some, the faintly blue part, is likely real but the rest was of equal brightness in my color filters when G2V balanced. Thus it may be just glare. It had a huge glare circle due to reflection off the corrector plate of the SCT that covered a large part of that side of the image.

I was surprised to find a number of faint galaxies coming through all the dust. A few are listed in the 2MASS survey and thus in NED but none had even magnitude data let alone redshift information so I didn\'t bother to annotate the image. 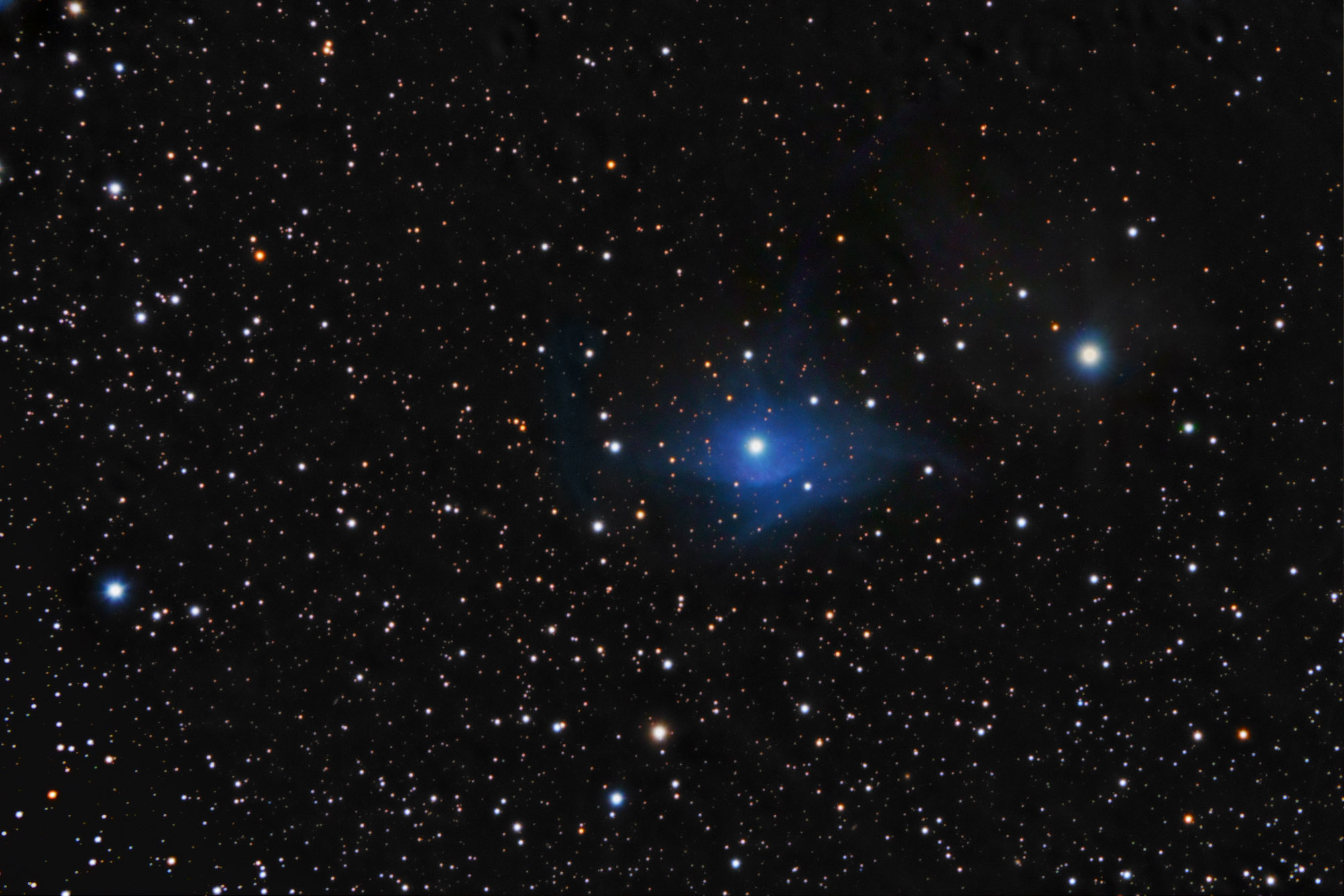