VdB 144 is a very faint reflection nebula around an orange K0III star. Usually, these are found around blue giant stars, not orange giant ones though it is so bright in my image it looks rather white due to a monitor\'s limited response. The nebula is about 700 light years distant in the northeastern part of Cygnus the Swan. At least that is the distance The Sky gives for its illuminating star HD 206509 (44453700 AU). Since the nebula is very blue the star has to be behind it otherwise it would pick up a lot of the color of the star and that seems totally missing. Due to the spectral difference, I was able to rather reduce the star without harming the nebula, something that\'s almost impossible when it is lit by a blue giant.

When I went to process this image I found the luminance frames all unusable as some idiot left the lights on in the observatory! I was going to retake them but see that never happened. Fortunately, the color was taken the following night and I had apparently shut off the lights as they all were fine. So I made a pseudo luminance frame from the 6 color frames. This is why I normally don\'t bin color differently than the lights. It saves your backside sometimes! This meant I didn\'t go as deep as I would have liked but the result is pretty good. I tried to compare this to other images on the net but other than POSS images Google didn\'t turn any up. 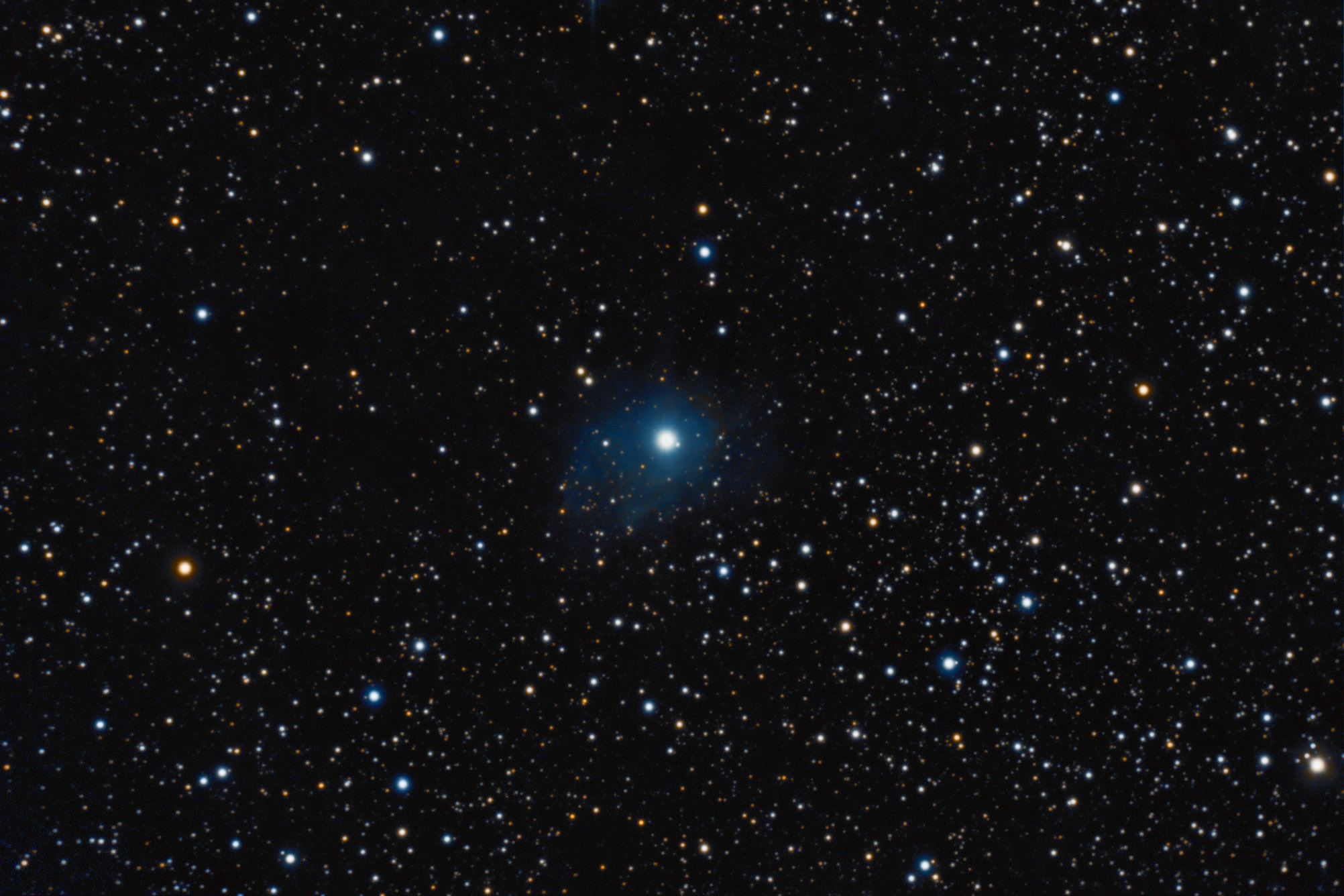