The nebula vdB 152 has other catalog numbers but no common name I know of. This is a very odd object still not well understood. It wasn\'t discovered until 1979, that\'s how faint it is. It is a column of dust, a molecular cloud to use the correct term. This is cold gas and dust, cold enough nothing is ionized so rather than existing as a plasma like most nebula (the Orion Nebula for instance or the two in my last update) the stuff in the cloud is ordinary molecules much like you\'d find here on earth. In this case, they are very cold as this one is thought to consist mostly of frozen hydrocarbons. Really frozen, like colder than liquid nitrogen.

This shot needed 90 minutes of luminance data for the image and 40 minutes in each color binned 3x3. I\'ve never done this before but it was necessary due to how faint this guy is.

While some of you might think this like the \"Pillars of Creation\" in M16 that\'s not at all what\'s going on here. The blue star at the tip is not related to the molecular cloud at all. It just happens to be passing through it right now. They are moving very different directions and speed in space. It is just a coincidence we are living at the time they collided. Actually, that was about 1700 years ago.

There\'s not much on the net about this guy except a few very deep scientific papers that I waded through at least in part. I soon was in over my head most of the time. A shot of it that was in NASA\'s Astronomy Picture of the day is at: http://apod.nasa.gov/apod/ap070614.html It is supposedly in color but the nebula shows very little. I don\'t know why except the photographer likely used the normal mix of color to luminance data which isn\'t enough in this case. I\'m just guessing here however as that detail isn\'t provided. That image has south up while I usually have north up as in this case.

This was taken with my old filters that had a rather nasty halo problem. I need to retake it with current filters to clean up these halo issues. For now, this will have to do. 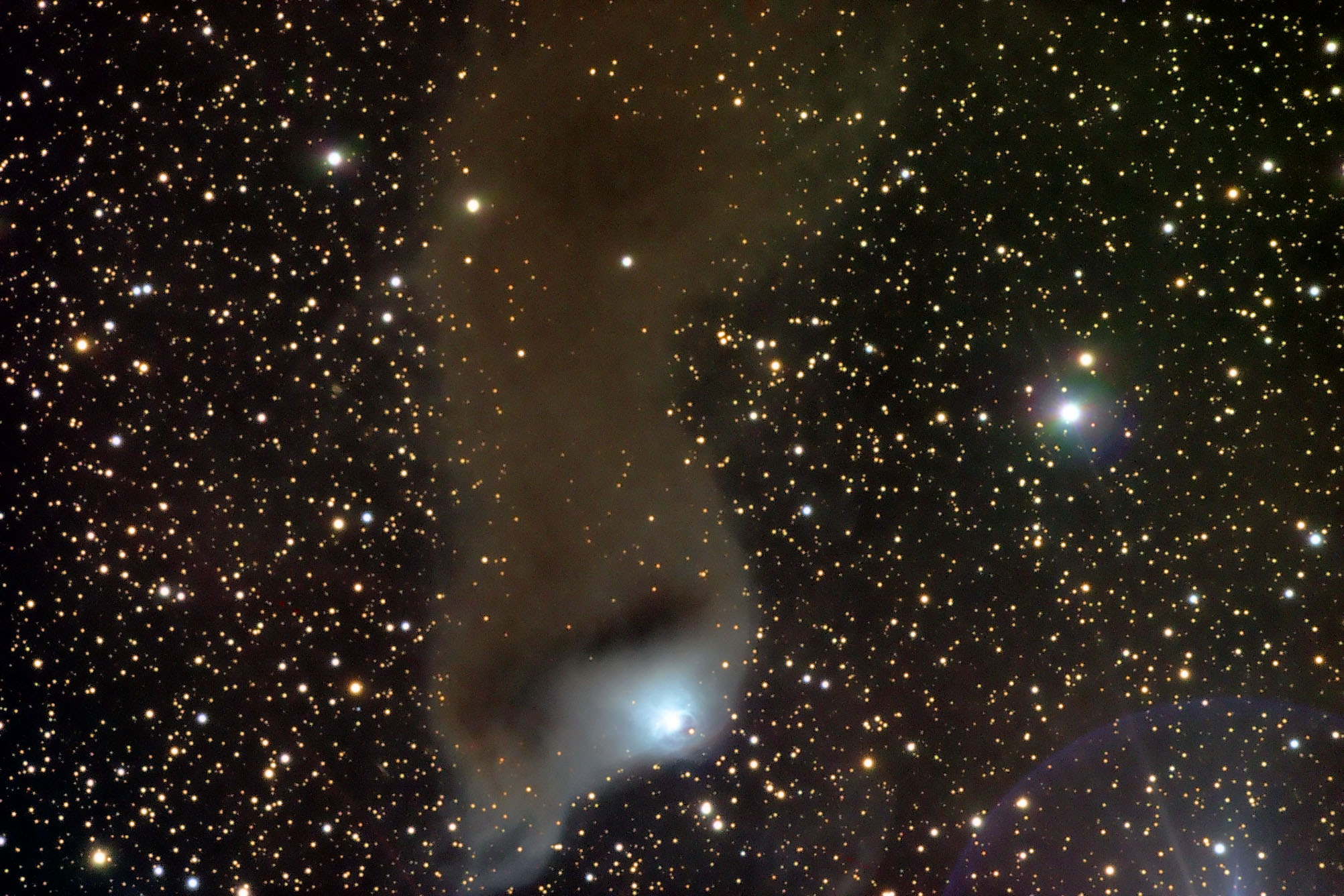