vdB 153 is a reflection nebula in Cepheus around the star GSC 4268:166 aka BD+64 1677 which SIMBAD lists as a Be star. Meaning it is a B2V star with emission lines. I find very little on the nebula or star. From its location, I will assume it is part of the Cepheus Bubble that surrounds the Cepheus OB2 star-forming region. That has a distance of about 900 parsecs by some estimates, about 3,000 light-years. The nebula alone is known as GN 22.21.5. There\'s an interesting looking double dark nebula in the lower right corner though SIMBAD has nothing on it. There are many of these in the sky that aren\'t individually cataloged. Too small to bother with I suppose. They look like Bok globules though that\'s only my surmise.

Due to the weak HII signal, I processed it out as just too noisy to include. I\'d planned on much more exposure time and did take a lot more but seeing was poor but for one night. I decided the faint nebulosity added less than the bad seeing subtracted so only used the data from the night of best seeing. While seeing was good this night the transparency wasn\'t what it was the nights of poor seeing. The \"atmospheric uncertainty principle\" at work I suppose. 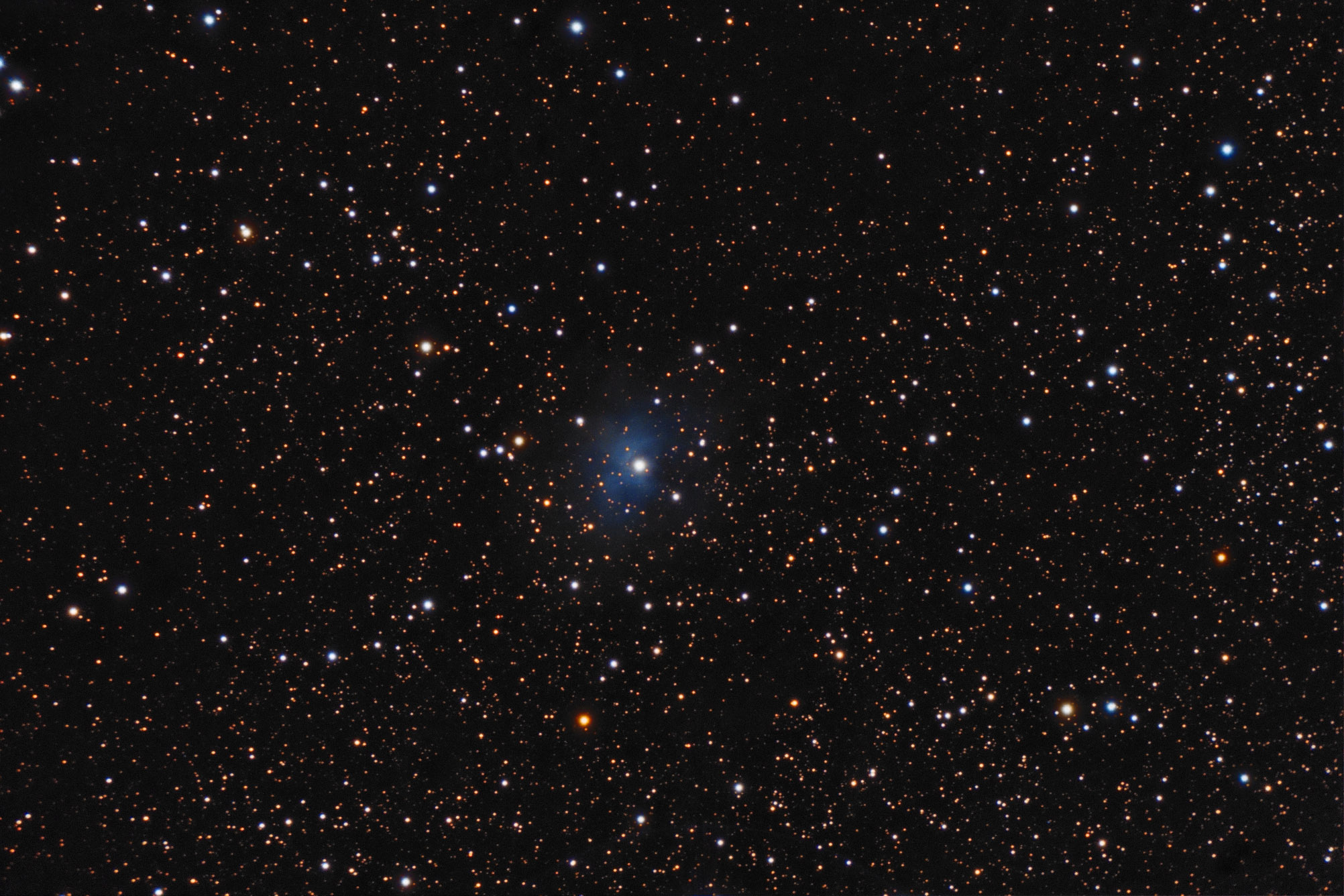