vdB 155/LBN 524 is a reflection nebula in Cepheus just southwest of the far more famous Cave Nebula. Otto Struve, http://cdsbib.u-strasbg.fr/cgi-bin/cdsbib?1962PASP...74..474S , lists its illuminating star as HD 216658 which is the star to the lower left (southeast) of the center of the nebula. The star near the center is HD 216629. This is the star van den Berg listed as the coordinates for the nebula. Though he never actually claimed it to be the illuminating star, just the star at the center of the nebula. He always used a the centermost star for the coordinates. While I found no distance estimate for the nebula itself (see below) or HD 216658 I did find in The Sky a distance estimate for HD 216629 of 173,332,000 AU which works out to about 2741 light-years. While there are several different estimates for the distance to the Cave Nebula (Sh2-155) they cluster about 2,800 light years. Most sources consider Sh2-155 and vdB155/LBN 524 to both be part of the Cepheus OB3 association. If HD 216658 is the illuminating star it may also be at about the same distance. It is slightly brighter as seen from earth, magnitude 8.9 versus 9.3 and is hotter being a B0.5V star. I suspect they may both be involved but that\'s just my speculation.

Another paper http://iopscience.iop.org/0067-0049/110/1/21/ indicates LBN 524 is part of the Cepheus OB3 association at 730 parsecs or 2400 light years. Since the Cave Nebula is also considered to be related to the OB3 association it would seem these distance estimates have a rather large, but not unexpected, error bar.

It is an interesting coincidence that while this reflection nebula, likely part of the same complex as the Cave Nebula, is vdB 155 while the Cave Nebula is Sh2-155. I found that very confusing as I wrote this -- which 155 is which kept tripping me up.

The outskirts of Sh2-155 is seen in the upper left of my image though doesn\'t overlap my image of the Sh2-155. At least one more frame would be needed to connect the two. You can find many wide-angle images of the area that do show both. 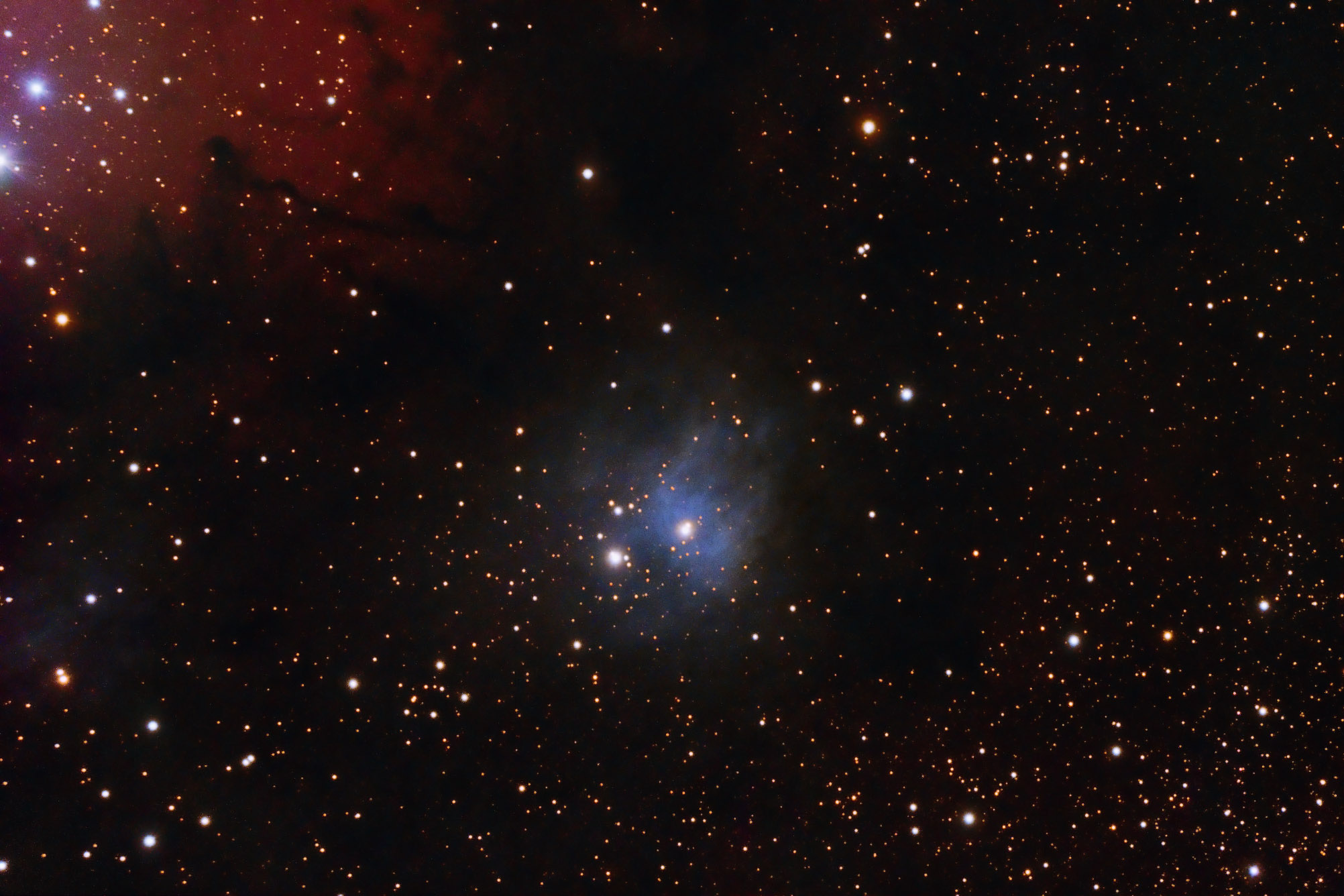