vdB 157 is a reflection nebula in northern Cepheus around the star HD 217903. It is a B9V star in the Cepheus Flare, a huge nearby giant molecular cloud about 15 degrees above the plane of our galaxy as seen from Earth. It is the home to many interesting deep sky objects such as the Cave Nebula, ghostly vdB 141, vdB 152 sometimes called the star eating leach and this nebula among others. Hipparcos puts the parallax of HD 217903 at about 1200 light-years. It is apparently far enough from the cloud it doesn\'t heat or ionize it so we see it as a blue reflection nebula rather than an emission nebula. Due to the strong extinction caused by the cloud background galaxies aren\'t seen.

The entire field is full of faint, rather white nebulosity. Unfortunately, this is another image hurt by my low transparency much of 2012. August was a better month but it wasn\'t the night I took this one. The high haze put a nasty glow around the illuminating star which I was only partly successful in removing. I need to revisit it on a better night. So far 2013 hasn\'t been any improvement. 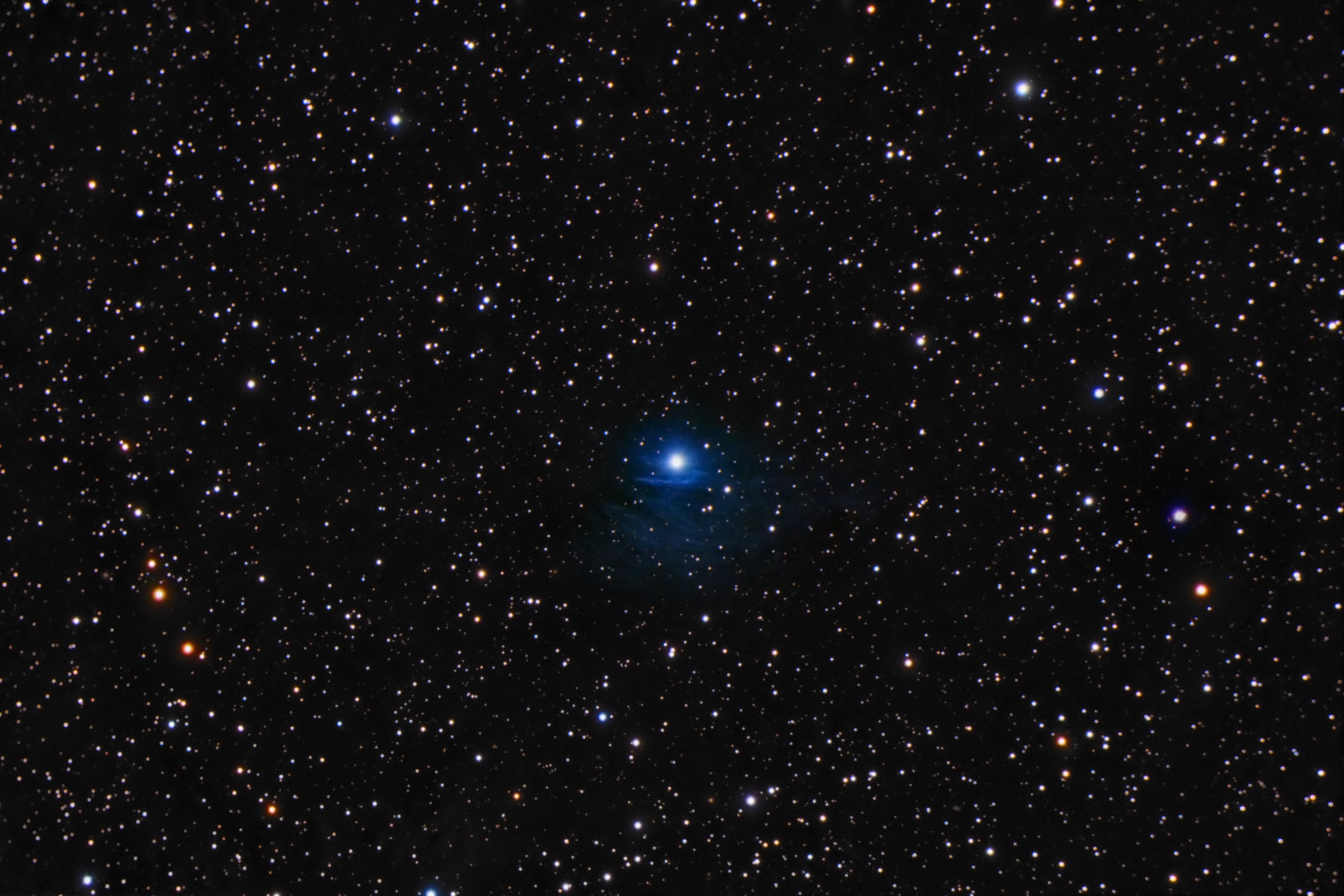